Nine-time World Rally champion Sebastien Loeb will race for the X44 team founded by Lewis Hamilton in the inaugural 2021 season of the Extreme E all-electric championship.

The signing of Loeb marks another major coup for the fledgling series founded by Formula E co-creator Alejandro Agag, with Hamilton and his ex-Mercedes Formula 1 teammate and fellow world champion Nico Rosberg both entering teams for XE.

“Joining team X44 is an opportunity for me to continue to do what I love, which is race, and I’m looking forward to competing in an electric vehicle," said Loeb. "I had the chance to drive the car recently and it is incredible.

“I am really impressed by what Lewis is doing in Formula 1 too, so to be able to work with him on this is an honour.”

Loeb has already driven the standardised ODYSSEY 21 machine, having taken part in a shakedown at the Chateau de Lastours in southern France in October. There, he tested the car alongside Sainz and current Mercedes grand prix driver Valtteri Bottas.

Although the presence of all three was meant to remain private, both Bottas and Loeb’s participation was made public in the following days. X44 has also revealed its female competitor as Dakar Rally regular and 2015 Spanish National All Terrain Rally Championship runner-up Cristina Gutierrez.

In 2017, she became the first Spanish female ever to finish the Dakar event - fifth out of the debutantes – and two years later moved up to the prototype class to record her best result of 26th – with Loeb third for Peugeot. Both X44 drivers have also recently tested the ODYSSEY on Donington Park off-road stages.

Hamilton said: “I’m delighted to welcome Sebastien and Cristina to X44. They are both incredible drivers and I’m looking forward to seeing what they’re going to do out there at each race.

“Cristina is an upcoming talent with a great future ahead of her, and Sebastien is a driver I have admired for so many years, so I’m so proud and excited to have them on board.” 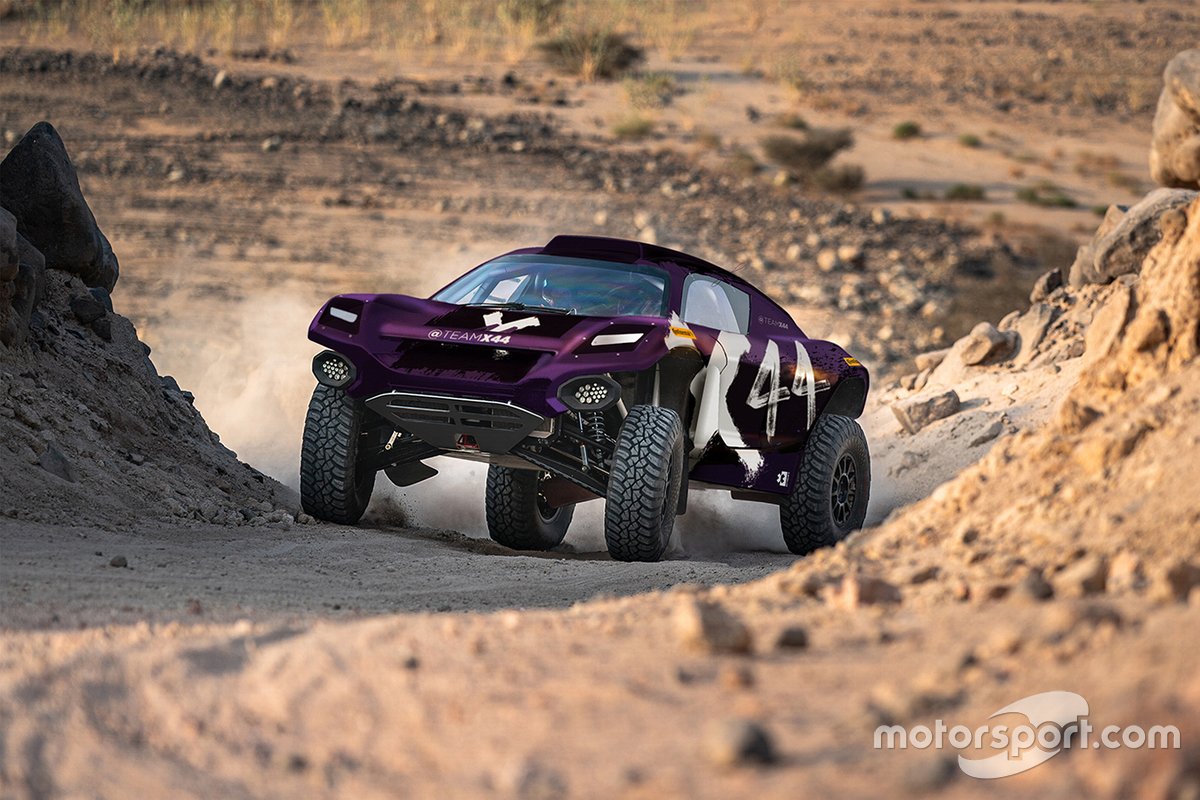 The ABT team also announced this week the signing of Claudia Hurtgen – the 1995 Austrian Touring Car champion and a class winner in the 24 Hours of Daytona and Le Mans – alongside Ekstrom.

Video: When Hamilton first had a bad F1 car