Formula 1 champion Nico Rosberg has explained his “weird” transition into Extreme E team management and what he learned from team principals Toto Wolff and Frank Williams.

Rosberg has created his own Rosberg X Racing squad to compete in the debut Extreme E season, which starts with a Desert X-Prix in the AlUla region of Saudi Arabia this weekend.

RXR is a development of his 1982 F1 title-winning father Keke’s Team Rosberg concern that competed in the DTM, with many engineers moving over from the Audi RS5 programme.

Former Williams and Mercedes grand prix driver Rosberg said the examples set by his previous team principals “helps so much” but added it had been a “weird” transition.

When asked by Motorsport.com how he preferred to manage drivers Molly Taylor and three-time World Rallycross champion Johan Kristoffersson - who he first approached via a direct message on Instagram - Rosberg said: “I learned very much.

“It depends, sometimes you completely ignore [a mistake] and just let the driver take their own learnings from it or maybe touch on it and say, ‘What can we learn from it together or is there anything we can improve on together?

“But definitely not to complain or say, ‘How could you damage the car like that and put it upside down.’

“That would be the wrong thing because driver confidence is so essential.

“I have all my learnings because I've been on the other side on my career, so that helps so much, but it was so weird.

“At the [Extreme E] test, I was inviting [Taylor and Kristoffersson] to a sponsor dinner. 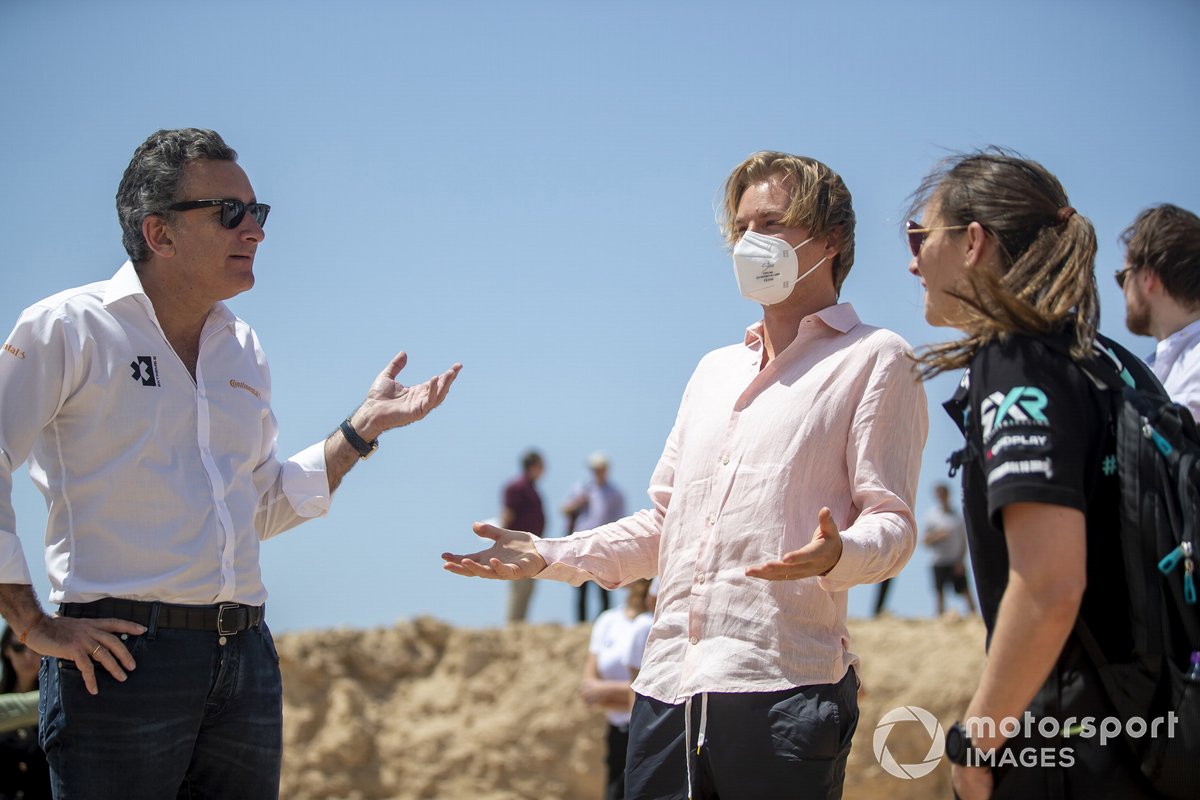 “I said to the drivers ‘You may now leave’.

“It was so weird to find me in that completely different position, where always my CEO of the team used to be talking to me like that.”

Rosberg also stressed the importance of the ‘Legacy’ projects that Extreme E will carry out in the five countries it visits in 2021. These include beach cleans, planting mangroves and educating citizens.

Rosberg told Motorsport.com: “I love being part of something so visionary and so innovative.

“Being a part straight from the beginning is really special.

“The reason for me joining Extreme E is because it's built on this social purpose of helping to raise awareness and showcasing the negative, damaging effects of climate change in all these remote locations.

“The opportunity that we have as a championship with the Legacy projects is to really help tackle the impact of climate change.

“I want to trailblaze us as a team with all our impact projects.

“Our motto is 'we will leave every place we get to in a better state than when we arrived'.

“That is absolutely essential.”