Formula 1 world champion Jenson Button says he is competing in the inaugural Extreme E season because he is “not very good” at off-road racing but “really wants to be”.

Button, who made his last Formula 1 start in the 2017 Monaco Grand Prix, explained he had moved to Extreme E after he was priced out of an initial World Rallycross interest.

He said: “I had a couple of goes in a rallycross car, wanted to do that but the cost was just through the roof.

“It was around the time when all the manufacturers were getting involved [in World Rallycross] and it was £12-15 million to run a team.

“It was like ‘pfft, I’m not going to be able to find that amount’ for a category that’s not Formula 1, not the World Rally Championship,

“I thought it would be very difficult to bring in the sponsors and the partners.

“[Whereas in Extreme] I think to bring sponsors onboard, it’s probably the best category there is in motorsport right now.

“One, because it’s electric, it’s new technology and it’s something we’re all going to be using in our road cars in 10-15 years, everyone is going to be driving electric cars, or possibly hydrogen.

“So, from that point of view, I thought it was perfect.

“Wheel-to-wheel action with the best drivers in the world is great; male and female, it’s the first time that’s ever happened. 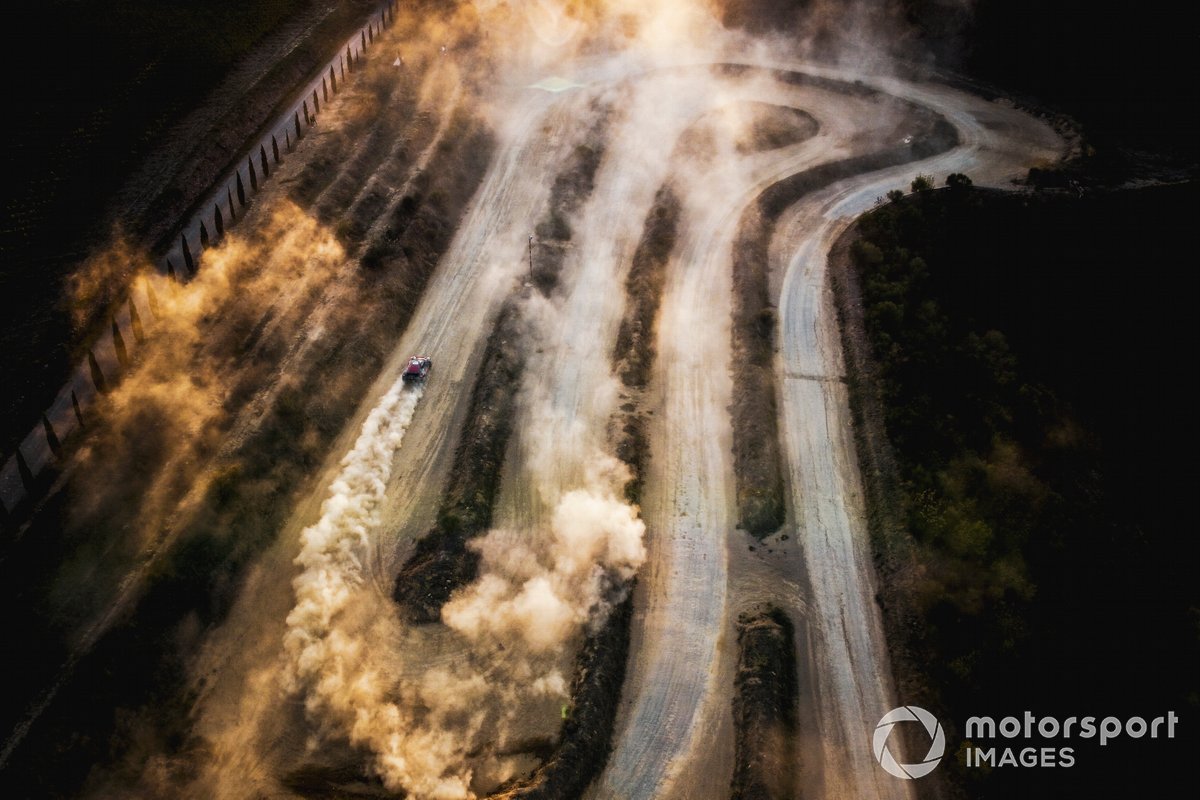 Button added that his only target for the first-ever Extreme E round, which takes place in AlUla desert in Saudi Arabia this weekend, was “survival”.

He explained that his motivation to compete in Extreme E as a driver, beyond fellow F1 champions and team owners Lewis Hamilton and Nico Rosberg, was to improve his ability to race off-road.

“[I’m] really looking forward to it; it’s a very different experience to anything that I have driven and raced really on track,” Button said.

“It takes a long time to really get to grips with it, and it’s scary as well.

“The amount of dust you get with it, the visibility is not there that I was used to in a race car, and the consistency, lap after lap having the same kind of circuit. Every lap it changes a little bit but not much.

“It’s very unusual and I think that’s why I love it so much and want to keep doing it, is because I’m not very good at it yet, and I really want to be.”

The opening round of Extreme E will be broadcast live in the UK on Sky Sports, ITV and BBC platforms this weekend.