In the most closely contested Extreme E event of the season, fine margins added up to making the difference between qualifying for the Jurassic X-Prix final and missing out.

Fresh from finishing on the podium at the Island X-Prix, Abt Cupra drivers Mattias Ekstrom and Jutta Kleinschmidt qualified their Odyssey 21 electric SUV fourth of the nine teams at the Bovington tank range. But, together with sixth-placed qualifiers Veloce Racing, they were eliminated at the semi-final stage.

In wet and muddy conditions, single-car qualifying meant that while those running earlier may have had a slightly less rutted route, they would also be dispersing some of the surface water and leaving tracks for those behind to follow.

Opening the road in both qualifying sessions, the Abt Cupra team were fourth fastest in the first, only four seconds slower than the pace-setting X44 team. They were sixth in the second session after one-time Dakar Rally winner Kleinschmidt missed a way-marker gate, although Ekstrom set the third fastest super sector time.

That placed the duo in a tough second semi-final, alongside championship leaders Rosberg X Racing and the Acciona Sainz team, where Ekstrom had to start from the unfavoured outside line of deeper mud.

Just like Veloce in the first semi-final, Pure ETCR champion Ekstrom was edged out on the run to the first bend. Despite a stronger initial getaway than Carlos Sainz Sr, he unable to close off Sainz’s run as the two-time World Rally champion deployed his once-per-lap 400kW hyperdrive boost. 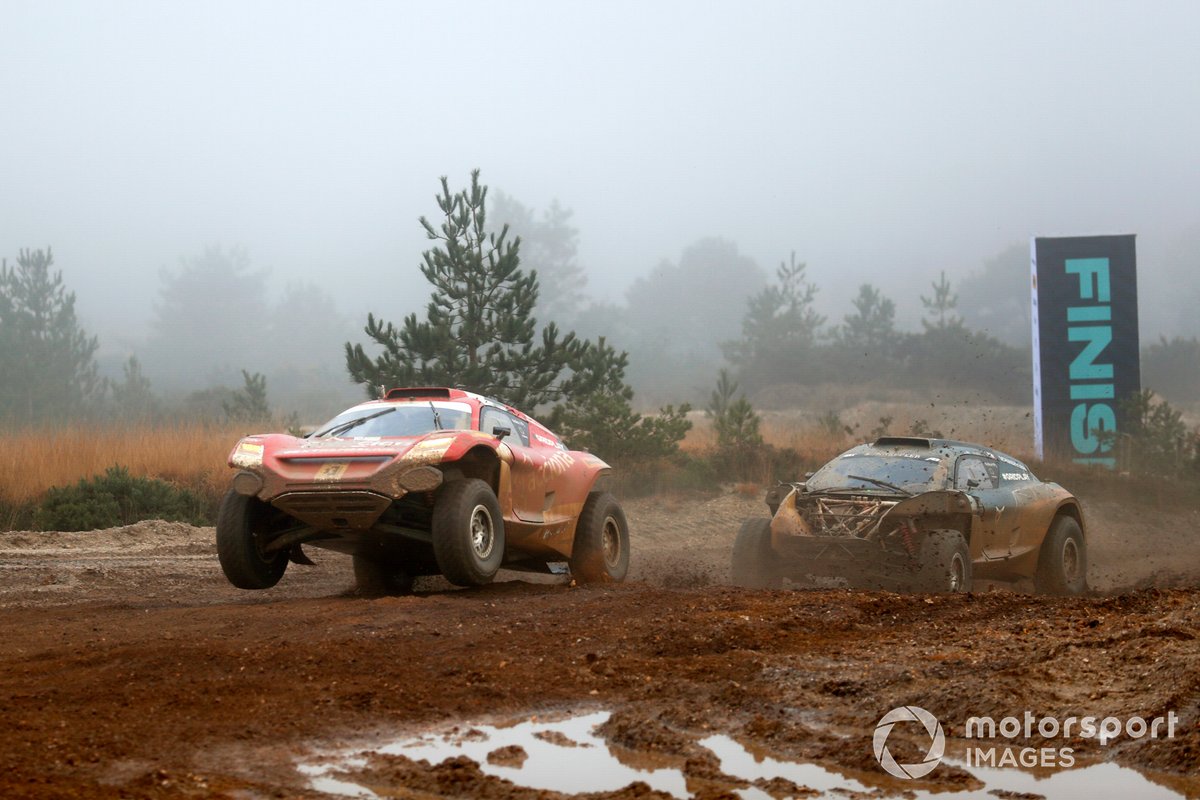 Filled in by mud, Ekstrom’s visibility was obscured and he ran into the back of Sainz on the approach to the left-handed second turn.

Using his hyperdrive allowed Ekstrom to draw alongside Sainz but he was unable to complete the move off-line on the bumpier surface.

Ekstrom’s car shed its front bodywork over the ‘Knife Edge’ jump, a legacy of the earlier contact, and he began to slow his pace on the second lap before a long pitstop to assess the damage.

Kleinschmidt was eventually released to complete the race but she couldn’t catch the leading pair and had to settle for third, leaving the crew classified fifth in the final championship standings.

“It has been a challenging year in which we have discovered a totally new championship,” summarised Xavi Serra, head of Cupra Racing.

“That is why we are proud of the entire Cupra Abt XE team and, of course, of our drivers, Mattias and Jutta, who have done a great job.

“In Sardinia we achieved our first podium, and I am sure that in 2022 we will achieve many more. This is just the beginning.” 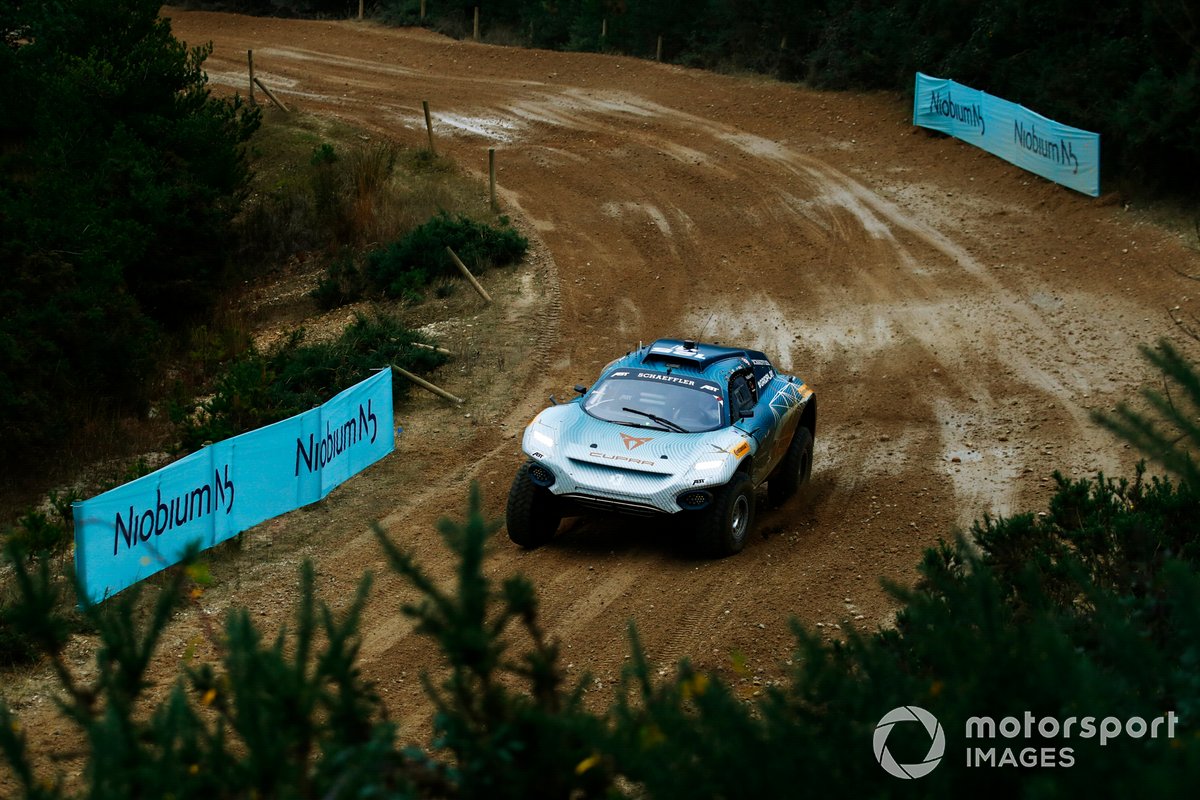