Extreme E will stage a rookie invitational test in Sardinia in a bid to fill a gap in talent, focusing on female drivers, according to championship co-founder Alejandro Agag.

The test will take place on Monday 25 October, the day after the conclusion of the Island X-Prix in Sardinia - a late addition to bolster the inaugural season calendar following the cancellation of the Brazil and Argentina rounds owing to the pandemic.

It follows the precedent set by near-sister series Formula E, which has traditionally conducted an annual rookie test - including a female-led session in Saudi Arabia in 2018 - although this year’s edition in Valencia was cancelled.

This was in part caused by the Circuit Ricardo Tormo being drafted in to host a double-header in late April, which then forced W Series to move its pre-season test from the Spanish venue to the Anglesey circuit in Wales.

For the Extreme E test, each of the nine teams will be able to run a male and female driver aboard their standardised Odyssey 21 E-SUV machines for a series of practice runs before completing timed laps on the course.

This will run in tandem with workshops focused on “careers in professional motorsport from drivers in the series”, read an Extreme E statement, with 2001 Dakar Rally winner and new Abt Cupra XE team recruit Jutta Kleinschmidt set to feature.

“It aims to offer drivers interested in competing in Extreme E the opportunity to not only get behind the wheel but immerse themselves in our unique series. 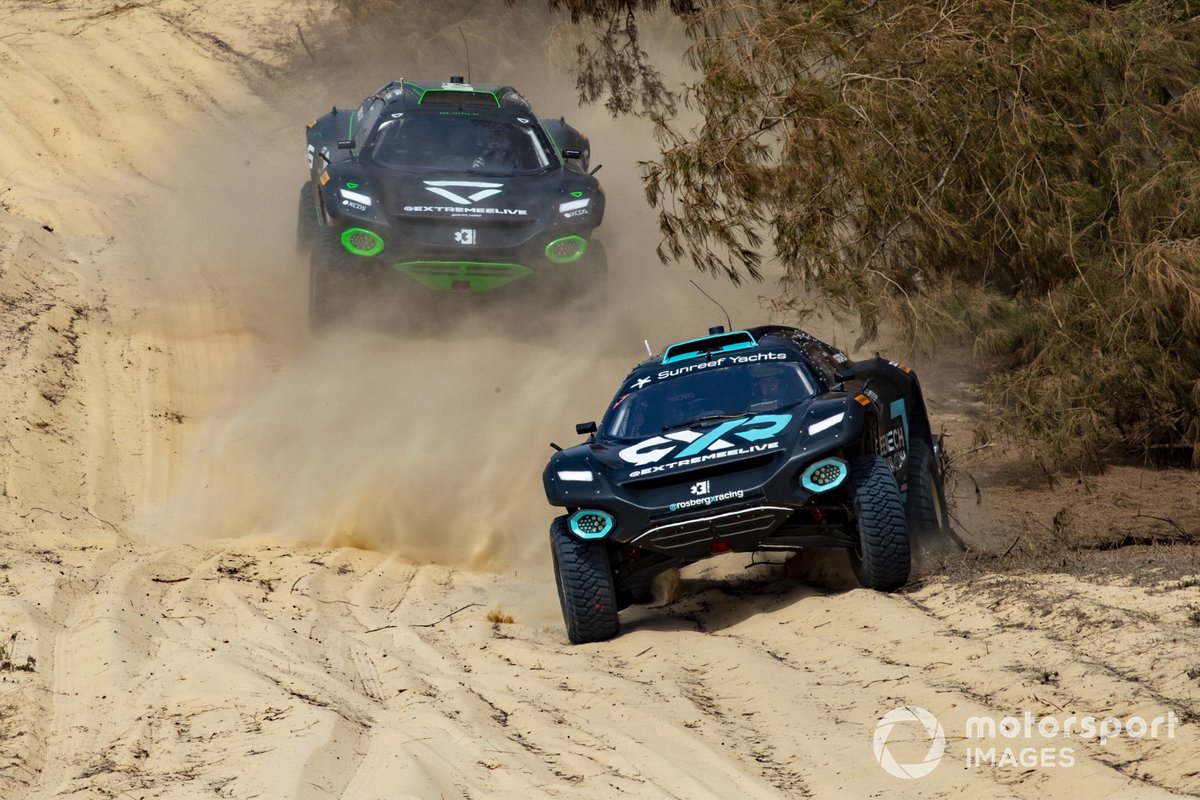 “The idea came about from various conversations with our teams that identified a gap in talent - particularly female drivers - so we wanted to organise this testing day to give more racers the opportunity to throw their hat into the ring and get behind the wheel of our all-electric ODYSSEY 21.

“I’m looking forward to seeing which drivers the teams select, and the wealth of driving talent out there that just need that chance to show off their skills.”

Kleinschmidt, the president of the FIA Women in Motorsport Cross Country Rally Commission, added: “I’m super happy that so many female drivers have the chance to race in Extreme E.

“The series is the only motorsport event where men and women are mixed 50/50.

“Through the series, and now the rookie invitational, we have the chance to discover even more female talents.

“It is a huge chance for all drivers dreaming of competing in Extreme E that want to prove their skills and talent.

“I'm very excited and looking forward to seeing a lot of applications.

“It is an honour to be part of the test programme and have the chance to share my knowledge from my years of experience.”

Drivers are invited to apply by contacting talent@extreme-e.com with the subject ‘Rookie Invitational’, attaching their driver CV, and submitted before 1 October 2021.