Extreme E drivers reckon their “life literally depends” on their windscreen wipers to navigate “split-seconds of disaster” in the muddy and puddle-lined Jurassic X-Prix season finale in Dorset.

While no rain is forecast for the event at the Bovington military base tank proving ground, the naturally poor drainage and clay surface has created a soaked and boggy start line to the course.

Even in the single-car free practice runs, drivers were temporarily unable to see between each wiper stroke as they ran into their own splashes as they navigated the deep puddles on the 2.36-mile lap.

Progressing into the heats and the five-car finale on Sunday, drivers reckon they might be “blacked out”.

Asked by Motorsport.com to assess the visibility, Chip Ganassi Racing driver Kyle Leduc said: “The first 100 yards is going to be very tough. It’s going to be that one cars pulls ahead and then hits a puddle, and then another will pull ahead.

“It’s going to be really dicey. The mud, I’m not sure we can convey what it looks like. You’re literally blacked out. You hit a puddle, it goes forward, and you drive into your own splash.

“You’re just waiting for the wipers. Your life literally depends on that wiper to clear that windshield. It’s a new element for the series and something to look forward to.” 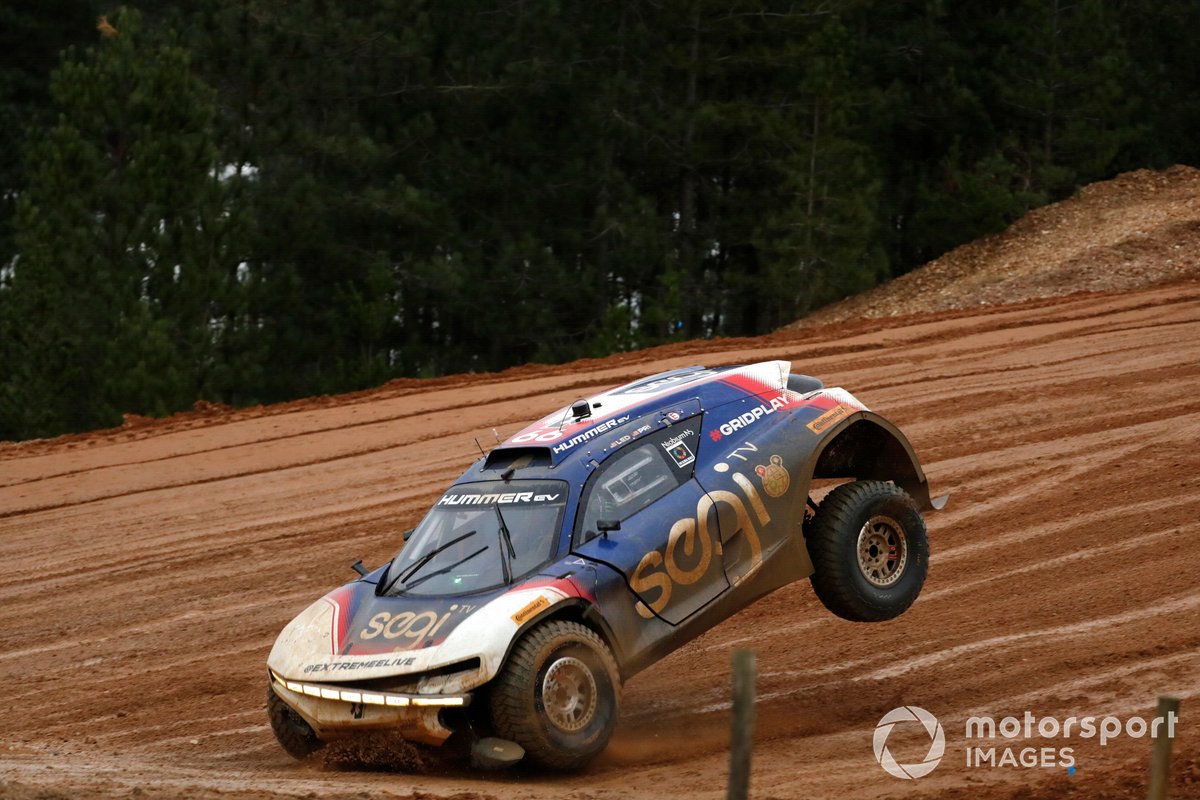 However, Leduc did not reckon the visibility issues were as bad as the dust in Saudi Arabia, which prompted Extreme E to drop its multi-car qualifying runs and scale down to three-car races.

He continued: “It won’t be worse than dust, like in Saudi. There, you’re driving into a wall.

“This is just split seconds of disaster, and you can deal with that. That will allow us to get close and make some moves.

“It could be a nightmare, totally chaotic but I’m seeing a good set of racing lines.”

The start line and the paddock is the most waterlogged area, but Andretti United driver Catie Munnings – who won the Greenland event alongside teammate Timmy Hansen – reckoned cars might already be separated by the first corner due to the uneven traction from the different grid slots.

She said: “The start line is on the muddiest place of the track. It’s really boggy.

“That’s unequal across the track so some of the lines have got really good grip on the outside and then in the middle it’s like a swamp.

“So there will be a big separation of cars based on track position going into the first corner.”