Preserving the car was key to securing Abt Cupra’s first podium in Extreme E, according to Island X-Prix runners-up Jutta Kleinschmidt and Mattias Ekstrom.

The duo finished second to Rosberg X Racing’s Molly Taylor and Johan Kristoffersson despite a slow getaway and losing a door on the challenging Sardinian course.

New Pure ETCR champion Ekstrom and his team-mate Kleinschmidt, a Dakar Rally winner, qualified third of the nine teams and came second to Taylor and Kristoffersson in their semi-final.

Kleinschmidt gave her rivals a head-start in the five-car final when she left the team’s Odyssey 21 E-SUV in neutral. But the German driver closed the gap to Taylor before Ekstrom took over the car, which then lost a door after it flew open over the bumps.

When the leading crew of Kyle Leduc/Sara Price (Chip Ganassi) was forced into retirement, and with the rival X44 and JBXE cars already suffering issues, Ekstrom reduced his pace to bring the car home second.

“I would have loved to be P2 when you’ve had a hard race and a battle with everyone but this weekend that didn’t happen,” said Ekstrom.

“This track was so hard for the cars. We tried to manage our car the best to keep it one piece, and in the end that worked out.

“The conditions were very rough. There were a lot of hard areas with some road crossings and steps up and steps down, and the car doesn’t like this so much. 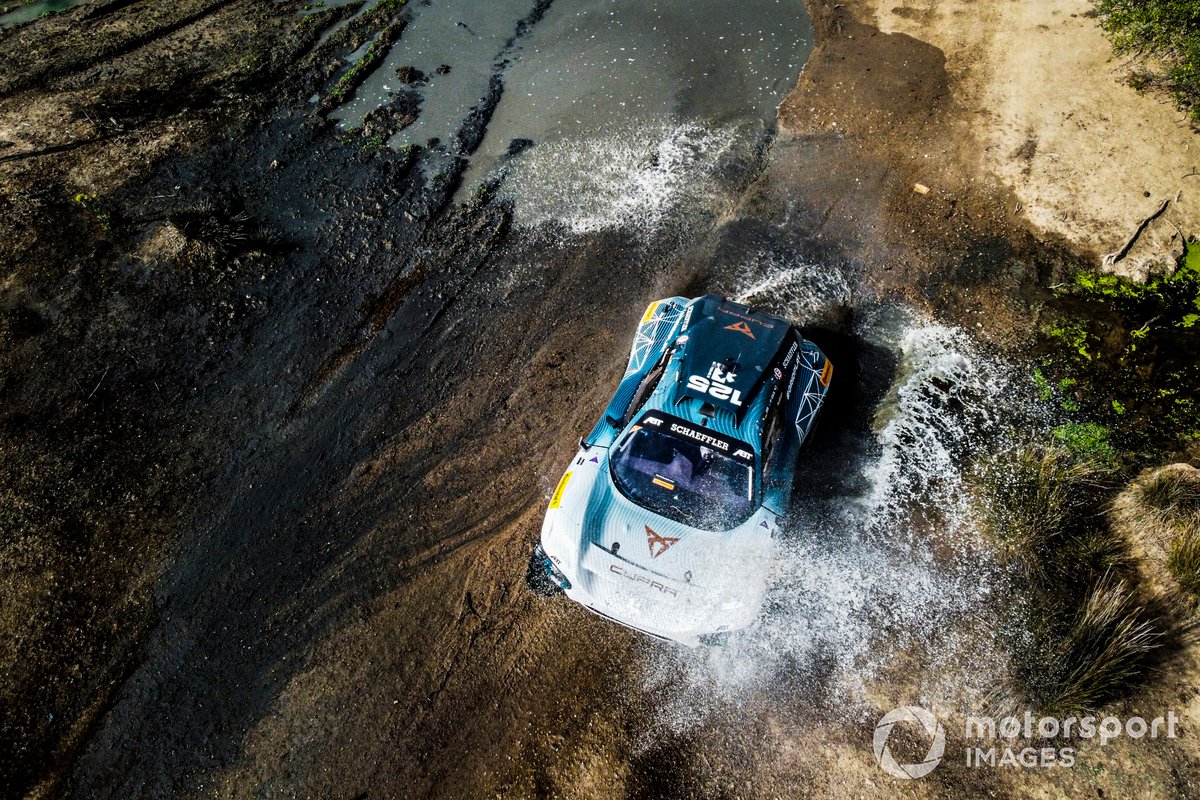 “Everybody in the paddock was breaking a lot of parts and having problems, so you had to try and find the correct pace over these jumpy areas, and that was quite difficult.

“For me, the cars were not really suitable for these conditions because you saw how many cars had technical issues.

“It’s difficult when you can’t drive 100% and go to the limit yourself, and you have to try to judge how much load the car can take.”

Kleinschmidt added: “The last two races, we were quite unlucky with problems so this time we were the lucky ones and others had problems.

“Even if you are fast, things can happen to you and then you end up behind, so I think you have to take what you’ve got and try your best and hopefully the car keeps in one piece and there is no technical problems.

“For the team I’m really happy, and to be on the podium feels really good.”