Audi GT3 ace Kelvin van der Linde says he is “proud” to have won a DTM race on his debut weekend at Monza, admitting that it was tough to see his younger brother Sheldon do so before him.

Abt Sportsline driver Van der Linde romped to a dominant win in the second race of the Monza season opener last Sunday, celebrating the triumph on the occasion of his 25th birthday.

The South African has switched to the new-look DTM championship in 2021 after winning two titles in the ADAC GT Masters series and securing further success in endurance classics like the Nurburgring 24 Hours.

This has pitched him against his brother Sheldon, who clinched his own maiden DTM win at Assen last season in an impressive sophomore campaign as a factory BMW driver.

Kelvin and Sheldon both have a strong family background in racing, with their father Shaun van der Linde having been a champion in the South African Touring Championship in 1994. Their uncle Etienne was also a regular on the European single-seater scene in the late 1990s.

The elder of the van der Linde brothers say he is glad to have now levelled the score with Sheldon with his Monza triumph, even if the latter was not able to join him on the podium.

“I played the supporting role for the last two years [to Sheldon],” said van der Linde. ”It wasn’t very easy, I have to be very honest, when you see your younger brother achieving your goal before you.

“Of course I was very happy for him, supporting him. We discussed a lot of things, grow in those two years. He also experienced highs and lows.

“Nonetheless, for both of us to have won one DTM race, I think it’s for our parents, [it’s] amazing. And I think they are super proud. My wishes go out to them.” 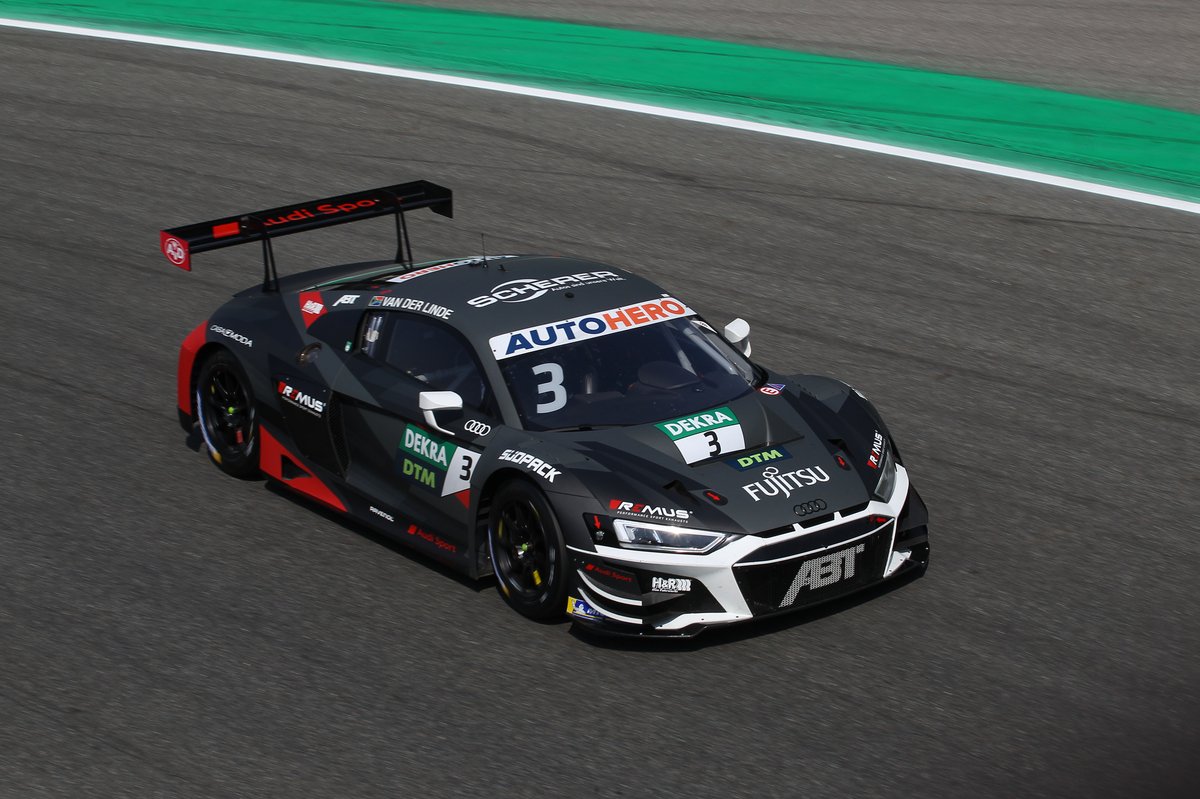 Van der Linde started the race on pole position and was able to avoid conceding the lead to the fast-starting Ferrari of Saturday winner Liam Lawson when the Red Bull driver ran deep and over the kerbs exiting Turn 1, compromising his line for the second part of the chicane.

Lawson, Team Rosberg Audi’s Nico Muller and Sheldon van der Linde then engaged in an epic three-way scrap for second, allowing the elder of the van der Linde brothers to escape up front and cruise to the finish line.

Sheldon, however, lost places during the pit cycle and eventually crossed the finish line in fourth behind Muller’s Audi and the Mercedes of Lucas Auer.

Kelvin admitted that the opening lap was crucial to his victory, as he feels the Audi R8 LMS GT3 lacked in straightline speed compared to its rivals at the high-speed Monza circuit.

“Such a proud moment to be honest,” he said of his Sunday win. “Obviously it’s your birthday and the day starts well when you get the team singing for you in the garage.

“The feeling right now is I can’t even describe it. The perfect day to be honest. The only thing that is missing is Sheldon here next to me.

“The race was pretty straightforward. I knew already at the start that Ferrari and BMW will be extremely strong. The format of the [rolling] start favours the turbo cars and the Ferrari got a good jump, Nico was going with him in the slipstream.

"So, going into Turn 1 I was already behind the Ferrari. Fair play to [Lawson], he gave me enough room and I just decided to go maximum risk.

“I knew if I was behind him at the first corner it would be tricky to pass him on the straights. It was really full risk at Turn 1 and then once I made the gap there and I saw the guys fighting, I was straight away in tyre-saving mode, not knowing if we’ll go long or short today.

“The strategy is obviously the only real way we can overtake here in our car with the limited straightline speed. Nonetheless, it was a straightforward day and the team did perfect pitstops, no mistakes.”

More from
ABT Motorsport