Rene Rast feels he and Audi lacked the pace to win enough DTM races to end the 2022 season as champions amid the series’ Balance of Performance and success ballast systems.

Abt driver Rast put together a credible title challenge on his return to the DTM after a year away in Formula E, scoring one win, six podiums and three poles with the updated Audi R8 LMS GT3 Evo II.

However, he ultimately fell short of securing a fourth DTM title in his last season as an Audi driver, finishing third in the standings behind champion Sheldon van der Linde (BMW) and second-placed Lucas Auer (Mercedes).

There were some serious complaints from Audi regarding the series’ BoP after Rast struggled to fifth in the opening race of the Hockenheim, with the marque’s customer racing boss Chris Reinke telling Motorsport.com that the situation on Saturday was a “farce”.

Audi was subsequently handed a larger air restrictor ahead of Sunday’s showdown, while the performance of both Mercedes and BMW was pegged back in response to their podium lockout.

When Rast was asked if the change in BoP was sufficient to boost Audi’s prospects for the race: “It was quite obvious, I think.

“It's not easy for those decision makers to have the right measurements all the time so you cannot say they did a bad job. They try their best as well.

“Our last win for Audi was in Imola, which was five rounds ago.

“We were always kind of in the mix but never competitive enough to win races from our own pace, which is obviously a bit frustrating.

"But I think we managed whatever we could do, we collected the points, we didn't do any stupid mistakes.

“I always kind of kept it on track, did the right strategy calls. In the end it wasn't enough, but that is how it is sometimes.” 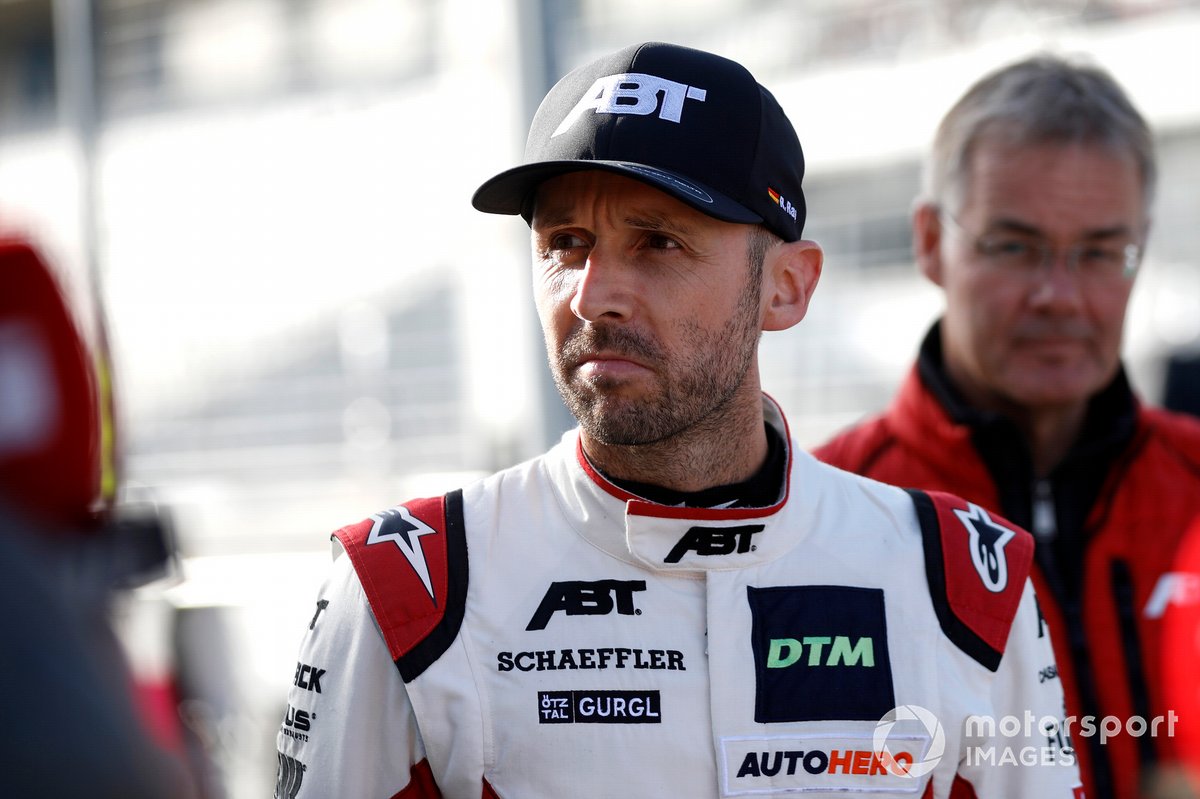 Rast needed to win Sunday’s final race at Hockenheim after scoring pole position to have any chance of snatching the crown from van der Linde, but lost the lead at the start to a fast-charging Marco Wittmann of Walkenhorst BMW.

Unable to retake position on track, Rast pitted a lap ahead of the two-time champion and this brought him right on his tail after they had both completed their mandatory stops.

Rast and Wittmann then engaged in a close scrap for victory and banged wheels several times, before Rast finally made a move into Turn 12.

It was all for nothing though as Rast would run wide into the Turn 5 kink on the following lap, allowing Wittmann back through to claim his first win of the season.

Rast said he enjoyed his battle with Wittmann and would have liked to fight with him until the end of the race, but felt he lacked the pace to keep up with him.

“It was good fun battling with Marco,” he recalled. “He came out of cold tyres on track and I was sure that I can have a go, which I had and we were battling hard.

“But I think it was hard but fair even though we touched a lot of times. But that is what we want to see in DTM, hard racing. It was all under control.

“I wish I could have continued like him battling for the rest of the race like we did in the past. With DRS and push to pass it would have been possible probably but we were just not quick enough and at one point I did a mistake.

“I had to push like crazy to stay ahead of him, went through the grass and he passed me on the straight. But it was a matter of time, if not this lap then the next one he would have passed me."

2022 marked only the second time Rast lost the title since he joined the series with Audi in '17, with his only other defeat coming during the 2018 season against Mercedes' Gary Paffett.

However, the 35-year-old feels he and the Abt Audi team can still be content with what they achieved during their first season together in the GT3 era of the DTM.

“Finishing second in the last race of the season, we can still be proud of what we did, maximising almost every weekend and still third in the championship," said Rast.

“It's not too bad. I finished all my five DTM seasons on the podium so quite happy with that.”

Are DTM restarts not safe? Drivers give their views after Hockenheim "mayhem"