Manufacturers Lexus and Nissan will attend the DTM 2017 season finale at Hockenheim, bringing their Super GT challengers for track testing during the event.

The Lexus LC 500 and the Nissan GT-R will take to the track on each day of the race weekend, with a 30-minute test slated for Friday and 15-minute tests set to follow on Saturday and Sunday.

In return, DTM cars are to be present at the Super GT season finale at Motegi in November.

"This is a great honour for us. I am delighted that Super GT cars will be making an appearance at a DTM event for the first time," said Gerhard Berger, head of DTM's promoter ITR.

"This is not only a special treat for our fans, but also a strong sign for the future of the DTM, and of how seriously the cooperation with the Japanese GTA organisation and the series' three manufacturers [Lexus, Nissan and Honda] is being taken."

GTA president Masaaki Bandoh described the track test programme as "a proof of the close relationship between Super GT and the DTM."

The arrangement is part of continued talks between the DTM and Super GT on a joint set of regulations, Class One, which are set to come into force in 2019.

DTM, which will lose one of its three current manufacturers when Mercedes concludes its programme at the end of 2018, has named "cost-efficiency, spectacular motorsport, safety and modern engines" as the key aspects of the new joint ruleset.

It is aiming to reduce "the number of mounted aerodynamic parts" on the cars and introduce stricter safety standards for "crash elements at the front, rear and side of the car".

Said Berger: "We want to find the balance between technologically advanced cars, with which manufacturers are able to demonstrate their expertise, and racing cars that can be run without legions of engineers.

"We want high-performance racing cars that stretch the drivers."

DTM states that the car and engine concept under the new regulations "is being designed to adopt multiple choices of alternative power source". 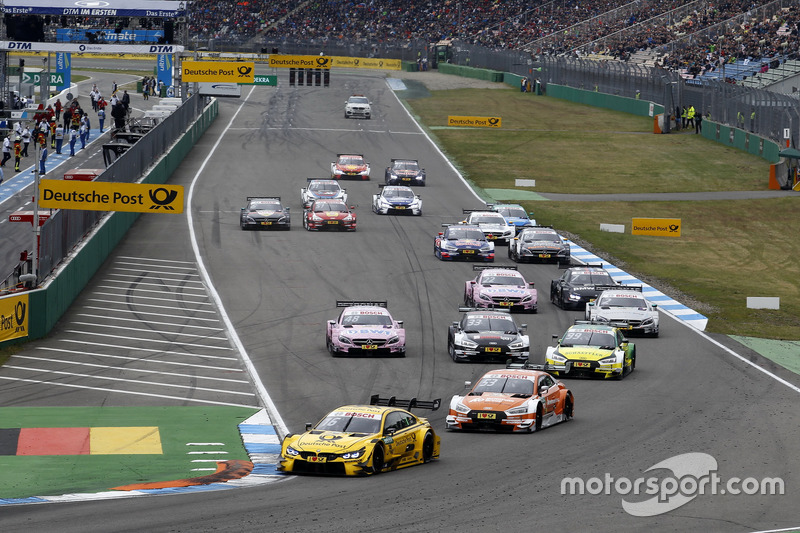