Sam Sunderland says his second Dakar Rally victory feels sweeter than the first, as the GasGas rider ended a five-year wait to add to his 2017 crown.

Dubai-based Briton Sunderland managed to get through Friday's 12th and final stage of the Saudi Arabian marathon with his advantage at the head of the field in tact, beating Honda's Pablo Quintanilla by three minutes and 27 seconds.

It marked a maiden title for KTM sub-brand GasGas, also ending a run of two wins for Honda and giving KTM a first overall success since the Dakar moved away from South America.

Sunderland's first title came in 2017 as a works KTM rider, with the 2022 edition marking his first outing for GasGas.

"Yesterday [Stage 11] I did a good job for the overall [standings], but it was still a lot of stress because the times have been really close this year," said Sunderland.

"When I went into the stage I saw how much navigation there was… you can’t imagine the stress. The 10 minutes I waited here [at the finish] until they told me I had won, it was a bit nerve-wracking.

"It feels even better than the first, honestly, because it’s been five years now and five years is a long time to wait," he added. "This day will stay in my memory forever, for sure." 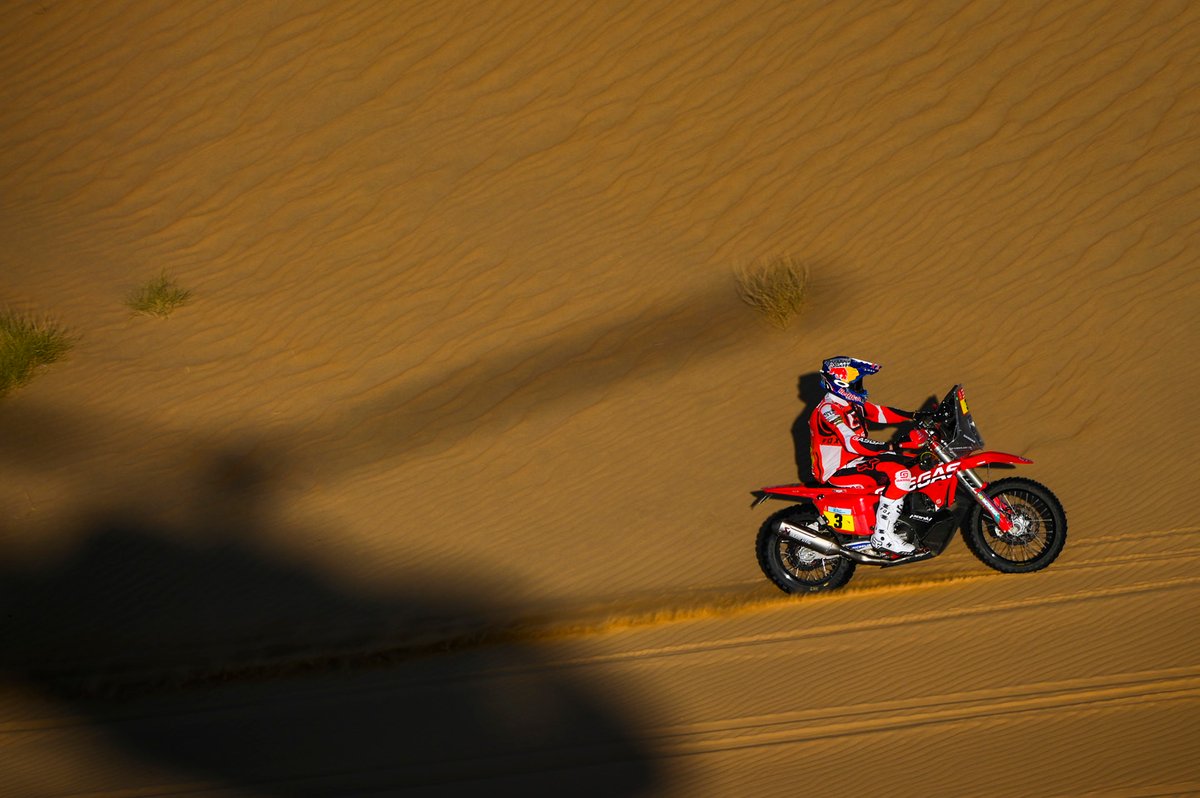 Sunderland controlled the standings for the majority of the rally, first taking the lead after Stage 2 and only briefly losing it after Stage 7 and Stage 10 - and immediately retaking it the following day in both cases.

Thursday's Stage 11 proved particularly critical to the final outcome, as Sunderland built a seven-minute buffer at the head of the field while leader Adrien van Beveren struggled with navigational challenges.

Asked what was the key to his success, Sunderland replied: "I think just trying to be consistent, staying on the roadbook and not losing too much time with tricky notes. It was not easy for anyone but super happy to get it done."

KTM's miraculous run of 18 consecutive Dakar wins was snapped by Honda when the event first moved to Saudi Arabia in 2020, with Sunderland's win the firm's 19th success overall.

It came at the same time as KTM introduced an all-new version of its 450 Rally motorcycle, which drew heavily on the Austrian manufacturer's extensive knowledge of motocross competition.

"I think the key has been a bit of everything, that as a whole everything went well," KTM sporting manager and ex-rider Jordi Viladoms told Motorsport.com. "The bike worked well, the strategy worked well, there were no mistakes and the rider was perfect.

"It was a new bike and it's clear that it worked perfectly and it still has a lot more potential ahead of it because this is its first year and we have work to do when it comes to developing it.

"It's clear that every time we haven't won, it hurt and it was a thorn in our side. But every time we've lost we've worked harder. Last year it wasn't enough and this year we raised the bar. Defeat is always a bigger motivation to work harder."