Ex-MotoGP rider Danilo Petrucci says he “wanted to kill” the camel that caused a crash in the Dakar Rally that almost cost him his historic stage five win on Thursday.

Double MotoGP race winner Petrucci became the first rider in history to win a stage of the famous Dakar having also competed in the premier class of grand prix racing.

Petrucci finished the shortened stage five – which was ended early for the bikes due to the medical helicopter being mobilised – second, but winner Toby Price was hit was a six-minute penalty.

This promoted Tech 3 KTM rider Petrucci to first on the stage, marking his first official stage win in his first Dakar appearance. But his day was almost ended when he was forced into avoiding action of a camel as he navigated the Saudi Arabian desert and crashed – though he walked away unscathed.

Petrucci also revealed he had issues keeping his trousers up while he was riding, and hurt the ankle he broke during training before the event late on in stage five.

“I was so, so lucky to not get injured really in the first crash,” Petrucci said in his Instagram live on Thursday night. “I wanted to kill that camel that I found after this corner. I wanted to kill him, but here they consider the camel more important than women.

“So, I think I’d get in some trouble for that. And also, it’s quite big, a camel. I can tell you I imagined they were smaller, but no. Then, I was a little bit confused because the crash was quite heavy, I rolled quite a lot.

“I was thinking about that camel, I was saying ‘Ok, I need to make it to the finish line, especially because I had a problem with my pants. They were broken, so I always tried to pull up my pants, my trousers.

“Then I pushed really hard, [Daniel] Sanders helped me a lot. He’s really an unbelievable rider, he’s so fast, but also today my bikes was so good.

“And then when I found that way point I started to push a lot, but the last 50km of dunes were never ending. I almost went into one hole, but fortunately I was able to change direction at the last moment. But I hit my ankle so hard.” 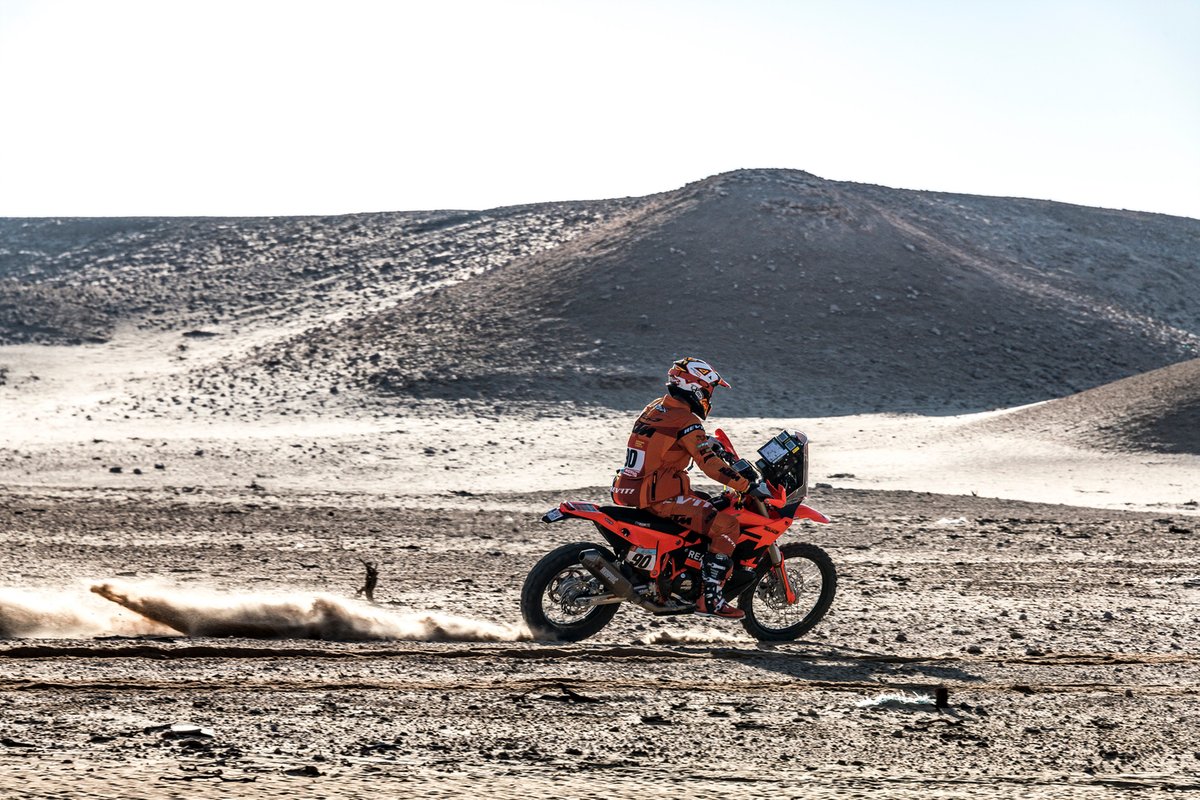 Petrucci said he was “crying like a baby” immediately after being informed of his stage win, and later beamed at the fact he made a bit of motorsport history.

“I’m really, really happy. I have no words, really,” he added. “It’s something I still need to understand, because in a few words when I was young I always wanted to make history in motorsport.

“And today for me I did it, because I am the only person in this world to have won a MotoGP race and a stage at the Dakar.

“This is a thing that no one did before and I’m really, really happy.”