Sebastien Loeb has switched focus to development running and supporting Bahrain Raid Xtreme teammate Nani Roma after his Dakar Rally was wrecked by an eight-hour stop with broken suspension. 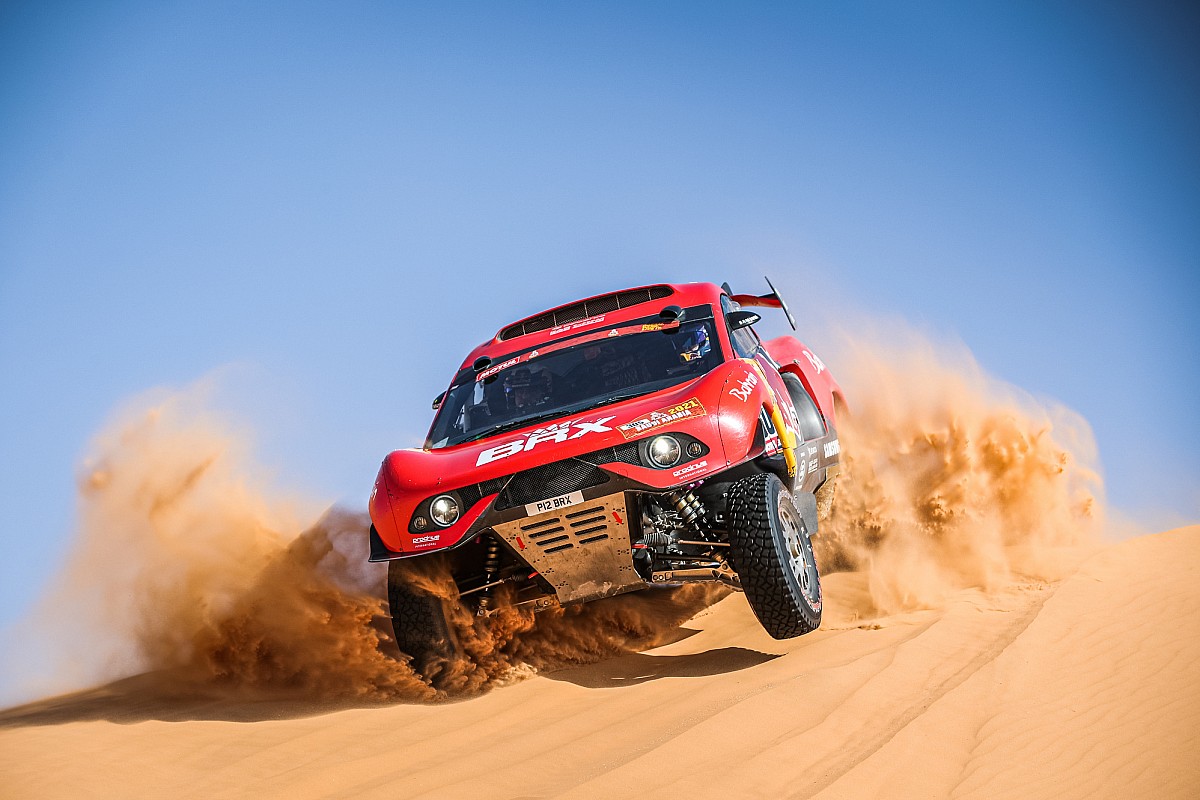 The nine-time World Rally champion dropped out of Dakar victory contention during Friday’s Stage 6 when his Prodrive-run Bahrain Raid Xtreme BRX1 stopped 97km into the stage with a broken suspension arm.

Knowing a relatively quick fix with a replacement part from a team assistance truck would limit the time lost to his rivals, Loeb’s dwindling hopes were ended when the truck arrived with the incorrect replacement part – two right suspension arms instead of one right and one left.

It forced Loeb and co-driver Daniel Elena to wait a total of eight hours until the correct replacement part was delivered – with the actual repair only taking 20 minutes.

“A night in the dunes was not in the roadbook,” Loeb joked later on Saturday having arrived at the bivouac at around 3am. “In a way it was a real pity, because finally Stage 6 was going smooth with an easy navigation and less rocks.

“I decided to attack but at 97km there were some bumps and in descending on one we hit the following one. There were not big bumps, but we broke the left triangle in two parts.

“Surprisingly the first assistance truck in the race that arrived did not have a spare. We were also surprised. Everyone [was] I guess. It’s a mistake, but the issue [was] that the whole preparation has been done in a very short time.

“There was a mistake in the marking of the code, so there were two right instead of one left and one right. We still had 250km of special stage so we had to wait. The trucks went to look for the spare parts but it took quite a long time.”

Despite his disappointment, Loeb shrugged off his frustration by pointing out the Prodrive-run car had been an all-new project coming into this year’s Dakar meaning unforeseen setbacks were always possible.

“We knew that this is a three-month-old car, but so far the machine has been reliable and we were pretty happy. In this case we know that we have arrived to the limit of this part,” he said.

Having already dropped out of the reckoning, Loeb suffered more mechanical pain on Sunday’s Stage 7 with a damaged bearing and conceded a further two hours in total when he reached the end of the stage.

As a result, Loeb is 42nd and over 13-and-a-half hours behind overall leader Stephane Peterhansel with five stages to go.

It means Loeb will focus on BRX1 development work while also assisting teammate Nani Roma when required, with the Spaniard currently in fifth place overall 1hr59m00s behind Peterhansel.

“I’m out of the competition so for the following days, I will do what the team will ask me to do,” he said. “Whether [it is] to drive behind Nani, in case something happens. If, on the contrary, they ask me to push to test the car, I will do it.

“Frustrated? In the end you have to accept the situation. We couldn’t do anything, races are like this.”