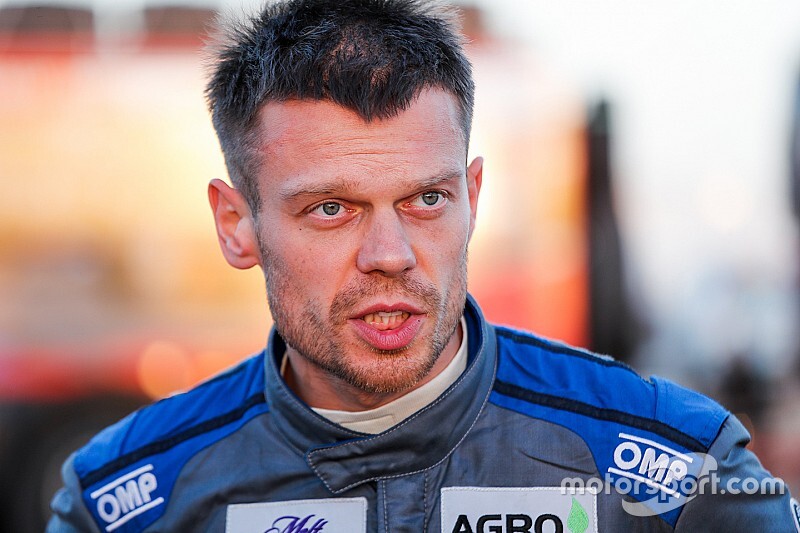 Motorsport.com speaks to Dakar 2020 sensation Vaidotas Zala, whose shock stage came in his debut in a Mini "spaceship" that he bought via a bank loan.

The drivers who finished between second, third and fourth on the opening stage of the 2020 Dakar have combined to win nine of the past 10 editions of the marathon, and bagged countless stage wins along the way.

Yet on Sunday, be it through navigation or punctures or whatever other reason, Carlos Sainz, Stephane Peterhansel and Nasser Al-Attiyah were all outpaced by the relatively little-known Vaidotas Zala and a four-wheel-drive Mini that had not topped a Dakar stage for several years prior.

Though it's not a result that turns the 2020 marathon on its head, it was still a substantial one-off upset and a huge surprise for everyone involved, Zala himself included.

Speaking to Motorsport.com, the Lithuanian driver admitted he could not have imagined that he would end up with a Dakar stage win to his name this year.

"No, you're crazy, come on!" Zala said. "For me - I never talk about my expectations before Dakar, but I was secretly hoping we can manage [to get] into the top 10 some few days.

"But come on, stage winner, it's beyond belief. I don't know how I did it, I seriously don't know.

"The stage was a bit tricky and we were lucky not to get any punctures during the stage, I didn't have to change any wheels.

"The tempo was varying a lot. We had some really fast sections and suddenly you are into big rocks and you have to keep it cool.

"And we started 19th, so we had quite a nice track [paved by rivals] in front already. So it was a lot of factors that helped us a lot."

Zala was not exactly a Dakar nobody prior to Sunday, having occasionally mingled with the frontrunners during his four previous starts alongside co-driver Saulius Jurgelenas.

The first two of these were in what he describes as a "homemade" Seat, and both ended in mechanical retirements. Switching to a Toyota Hilux Overdrive OTB in 2018, Zala finished 18th that year, before improving to 12th place on his next attempt.

This, Zala reckoned, was as far as the Toyota could take him, but upgrading to a Mini All4 Racing took a major investment from himself and sponsors.

"The Overdrive, it's a solid reliable car but even if you push, you are still way behind these cars," Zala said.

"So we did 18th, and 12th last year and it was a decision, like a breaking point – either to change to a side-by-side [UTV class] or to try and get this expensive car.

"I bought it by bank leasing, and it's a bit scary right now, but it's really a pleasure to drive.

"I remember my first finish two years ago, it was crazy. It's such a euphoria. Later it changes, you have more of a sports ambition, the second finish and third finish, it's a bit different.

"But that's why we bought this car. We have nice sponsors, we tried to talk to them, 'okay, let's do a little bit of a sporty level-up'. It was lucky that we managed to pull this off this year."

"The car is crazy. It is nothing compared to what I had before, it's a spaceship, you know? So comfortable, so precise, air conditioning, tyre pressure [control].

"And I have a lot of consulting from X-raid, who help a lot. It's a big step for us.

Outside of the Dakar, the 32-year-old is a regular on the Lithuanian rally scene, and has won back-to-back national titles in a Skoda Fabia R5.

"My father brought me to the classic rallying circuit when I was 12 and since then it got stuck with me.

"I had to wait, I finished university, and then I tried an old BMW [318], then Subaru [Impreza], then [Mitsubishi Lancer] Evo, and then we did two seasons with R5.

"But Dakar is of course the number one project in Lithuania. It's as popular as [it is] in France for example.

"That was one of the reasons why we selected Dakar, because it's such a popular project in Lithuania."

Zala believes the stage win will be "big news" for his "small country", but has no illusions about setting loftier goals for the rest of the event.

"We try to protect the car, I don't have as many spare parts [as the big teams] and I'll try to keep it cool, to balance the speed and the safety, let's say.

"I know that the Dakar is a long project, you need to be in a good position at the finish, not at the first stage. [To top the] first stage is nice, but it's a lot of kilometres left."

Alonso "on tiptoes" in first stages of Dakar debut