Concussion rules out Thompson from Snetterton BTCC round 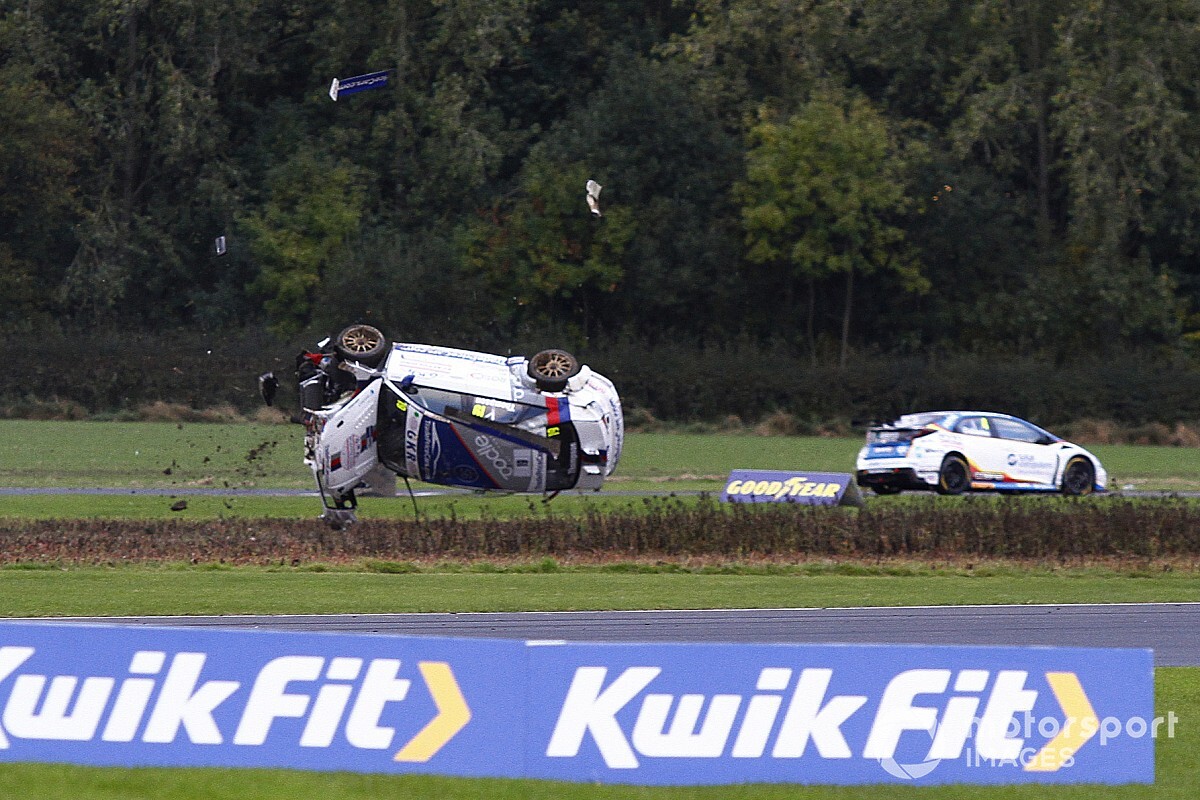 British Touring Car Championship racer Bobby Thompson has been ruled out of this weekend's round at Snetterton due to concussion from his barrel-roll last time out at Croft.

Thompson had been enjoying his best weekend to date in the BTCC at Croft – he qualified his Trade Price Cars Racing Audi fifth, and finished eighth in each of the first two races.

He was battling for eighth position in the final race of the day when he was edged off the road on the run from Tower to the Jim Clark Esses, slid across the grass and was launched into the spectacular roll when the Audi dug into the ploughed section of the infield.

AmD Racing, which runs the Trade Price Cars squad, and BTCC body shell specialist Willie Poole Motorsport have already repaired the Audi, but Thompson has not been medically cleared for Snetterton.

Thompson, who leads the Jack Sears Trophy for drivers who have never taken an outright BTCC podium before the current season, plans to be back for the final round at Brands Hatch, but will be replaced at Snetterton by Mini Challenge racer Ethan Hammerton.

Twenty-year-old Hammerton has raced in the BTCC before, when he contested two rounds in 2018 with a Team Hard Volkswagen CC.

It means that the TPCR Audi squad will have an all-new line-up at Snetterton, where Hammerton will be joined by four-time Renault Clio UK Cup champion Paul Rivett, who is making his BTCC debut.

"It's really frustrating to not be able to race this weekend, particularly when Croft had been going so well," said Thompson.

"Scoring my best ever qualifying result and then taking two top-eight finishes meant it was my best weekend in the BTCC, but that got overshadowed by the incident in race three.

"As a driver, you always want to go out there and race and I was desperate to try and reward the team for all the work that has gone in to repairing the car, but this time I've got to listen to what the experts are saying and sit things out.

"Obviously that isn't ideal for me in terms of the Jack Sears Trophy, but the key thing is that I have points on the board and the guys who are chasing me don't, so it's still all to play for.

"Hopefully Paul and Ethan can take some points off my rivals, and my focus is on making sure I'm fully fit to come out and fight for the title when we get to Brands Hatch."

"I'm really excited to be given an unexpected opportunity to return to the BTCC, but I have to be realistic about my chances as I haven't done any testing and the first time I'll drive the Audi will be in practice on Saturday morning," said Hammerton.

"My aim is to improve my times in each session as I get used to the car, and hopefully we can move forwards in the three races – especially the final two when I don't have to run the extra weight that comes with being a new driver."

Hammerton is not the only addition to the BTCC grid at Snetterton.

GT racer Glynn Geddie, who was a series regular in 2014 with the United Autosports Toyota Avensis squad, will contest the final two rounds in the Team Hard VW raced already this year by Ollie Brown, Tom Onslow-Cole and Mike Bushell.