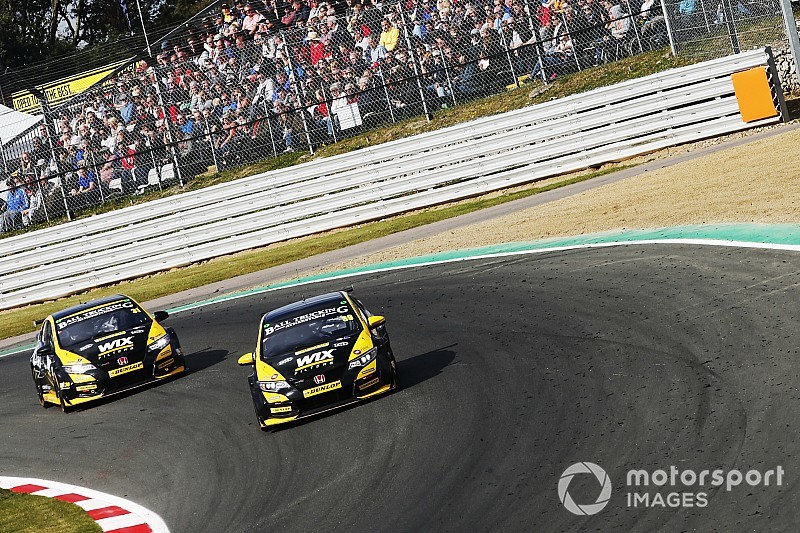 The AmD Tuning BTCC team has taken over the two Honda Civic Type Rs previously used by Eurotech Racing and will field them in the series in 2019.

AmD ran two Audi S3 machines in the series last year, driven by Ollie Jackson and Sam Smelt, and also fielded two MG6 cars for Rory Butcher and his various team-ates after adding the hatchbacks to its expanded line up.

Along with the Honda Civic Type Rs, AmD has bought the two TOCA BTCC Licences (TBLs) to compete from Eurotech too. AmD will sell the MGs, and their associated TBLs, and the new owners, who have yet to be revealed.

The revamped Honda squad will compete under the Cobra Sport AmD Racing banner, with drivers to be revealed in due course.

AmD team principal Shaun Hollamby said: “Last season, it was a big move for us to expand to a four-car team and after a successful 2018, we are again seeking to move forwards to the next level.

“While we enjoyed some strong results on track with the MGs, the opportunity to purchase the ex-Eurotech Hondas was one that was too good to turn down as you only have to look at the stats to see what a strong package the FK2 Civic Type R is.

“Acquiring these cars provides us with a fantastic platform to really raise our game and fight consistently towards the sharp end of the grid, and we are already in discussions with drivers who we know are capable of helping us to achieve our goal.”

As part of the deal Cobra Sport Exhausts managing director Rachel Abbott will take on a joint team principal role alongside Hollamby during the season ahead.

AmDTuning will continue to look after and run the Audi S3s next season, even though the team has been purchased by Dan Kirby’s Trade Price Cars concern.