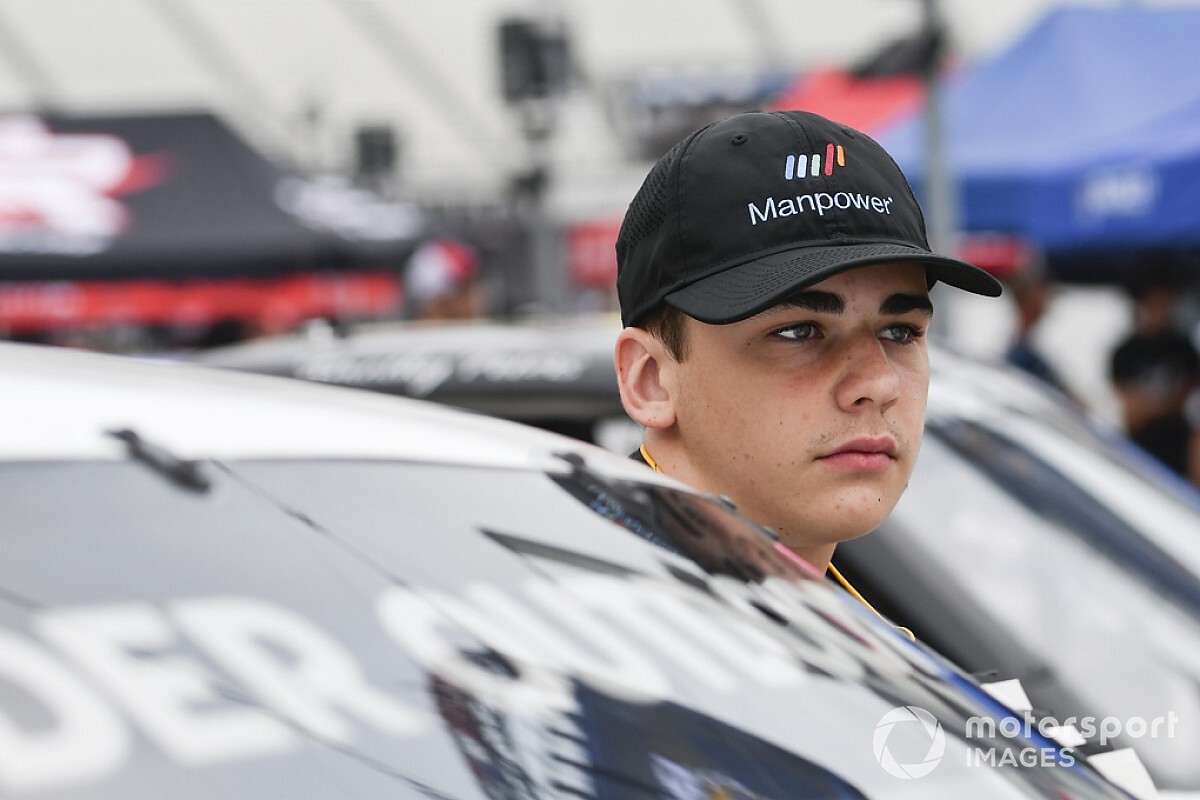 After a late-race red-flag to repair the frontstretch fence, Mayer lost the lead briefly on a restart on Lap 160 to Ty Gibbs, only to run him down and take the lead back four laps later.

Mayer then had to hold off a furious charge from pole-winner Derek Griffith, who led most of the race and finished second in his series debut.

“Derek still had tires, so we had to focus on just saving ours because we used ours already. I can’t thank everyone at GMS, Chevrolet and Chevrolet Accessories, I mean everyone who brings me out here,” Mayer, 16 said.

“I mean to go out and run a really fantastic race with a fantastic car and a fantastic team behind me, it really does mean a lot and hopefully we can go do it again. Let’s go win ‘em all. It’s definitely going to be a good year. Watch out.”

The race was red-flagged on Lap 154 of 175 when Tanner Gray, Mason Diaz and Max McLaughlin raced three-wide off Turn 4 and Diaz and Gray plowed into the frontstretch wall.

The impact drove Gray’s car up into the fencing and nearly went upside down before coming to rest on all four tires.

No one was hurt but Gray’s car tore a hole in the bottom of the fence and knocked a post out of place, which required a lengthy delay to repair.

McLaughlin’s car suffered damage to its rear-bumper cover, which forced him to pit, and effectively removing three of the top-five drivers from contention.

When the race returned to green, Gibbs got a jump on Mayer to grab the lead only to see Mayer run him back down and reclaiming the lead on Lap 164.

Mayer, a GMS Racing development driver, won four races, three poles and finished in the top-five in 11 of 12 races last season on his way to the series championship