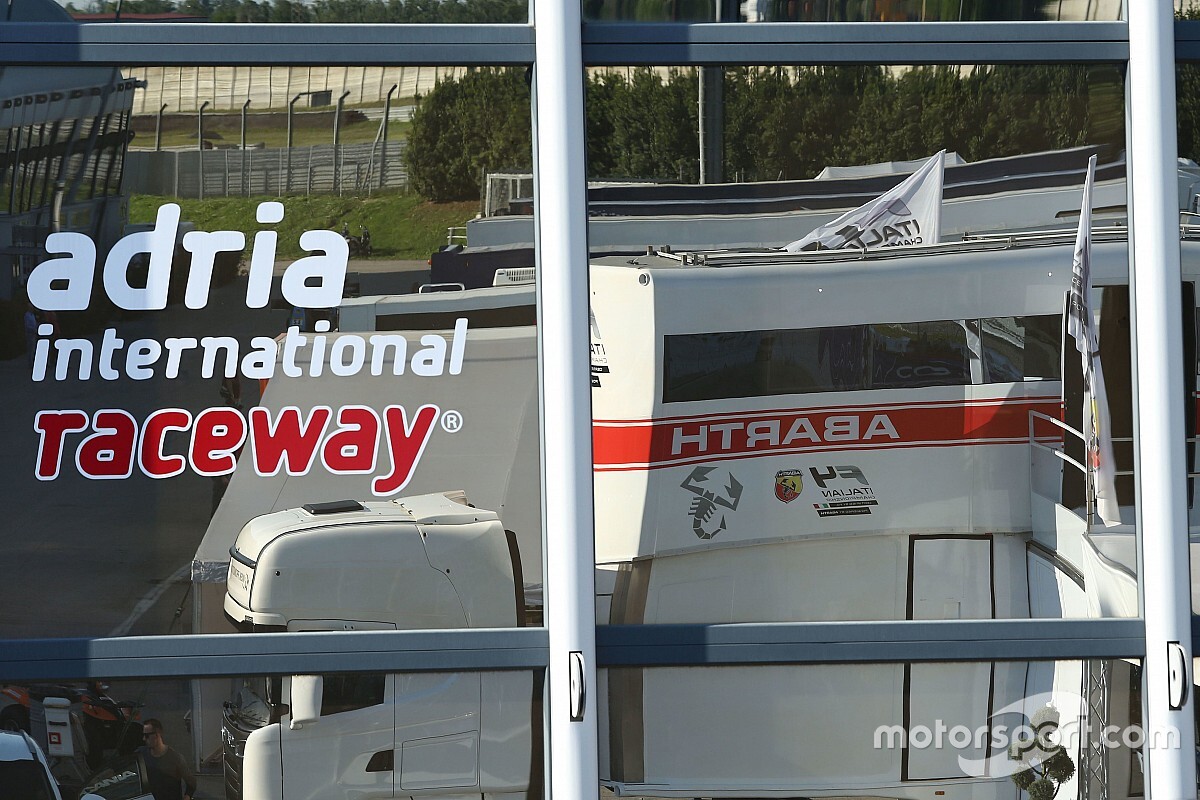 The World Touring Car Cup is set to relocate its season finale to a different venue due to delays in renovation work at the Adria Raceway, Motorsport.com has learned.

The WTCR announced back in May that it will close the coronavirus-disrupted 2020 season at Adria on November 14-15, marking the first international touring car race in Italy since the World Touring Car Championship held a round at Monza in 2017.

The Adria Raceway had announced a major redevelopment work for 2020 that involved extending the circuit to over 4km and upgrading the trackside facilities to higher international standards.

The WTCR was supposed to be the first major event to take place on the renovated track, but it  has now emerged that the development work will not be completed in time for the series’ title decider.

It is understood that the WTCR has already started informing teams and drivers that it will no longer be possible to host the season finale at Adria Raceway as planned.

Gruppo Peroni, which was supposed to conduct races for three different categories on the support bill for WTCR, has officially announced that it has cancelled the Adria event and is looking at alternative venues to host the penultimate round of its six-round season.

“We are sorry to announce that the support races for the season finale of WTCR will not take place at the Adria International Raceway,” a statement from the Italian championship read.

“Given the current state of work lengthening of the Venetian track, it is impossible to carry out the event scheduled for the weekend of November 14th and 15th.

“The Peroni Race Group will then announce a possible relocation of the event, which for the Italian Tourism Cup, Master Tricolore Prototypes and Lotus Cup Italia will be the fifth round of the six scheduled for 2020.”

Imola, which is hosting its first Formula 1 race since 2006 this weekend, is available for booking on November 14-15 and is believed to be one of the options for both WTCR and Gruppo Peroni. However, it is understood that a decision is yet to be made regarding relocating the WTCR title decider.

WTCR's promoter Eurosport Events has since confirmed that the Adria event has been called off, and it will announce a replacement venue "as soon as possible."

“Due to the COVID-19 pandemic and its consequences on the progress of the construction of the track extension, we acknowledge that Adria International Raceway is not in a position to host WTCR Race of Italy from November 13-15 as planned," Eurosport Events said in a statement to Motorsport.com.

"The decision has been made following the official inspection of the track extension yesterday.

"Eurosport Events is working with the FIA on different options for the final round of the 2020 WTCR – FIA World Touring Car Cup on the same date. Details of the venue will be announced as soon as possible."