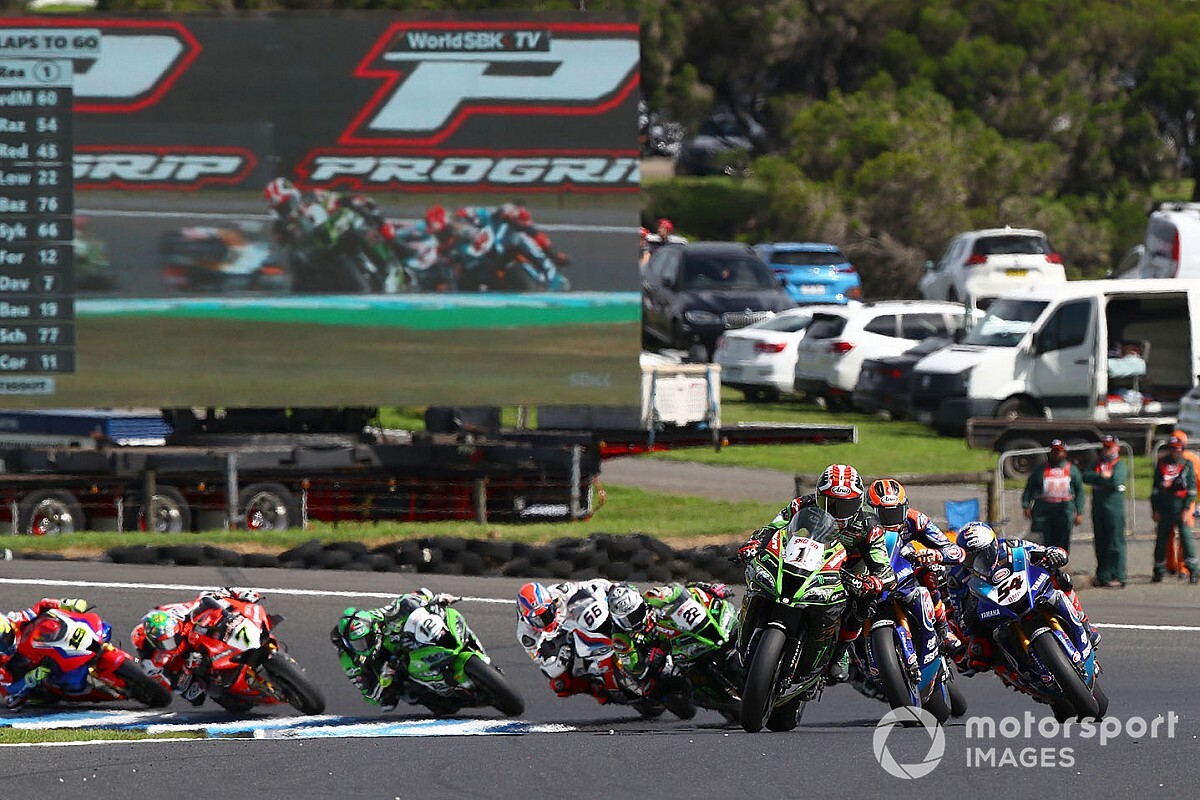 The World Superbike Championship has unveiled a provisional revised eight-round calendar for its coronavirus-halted 2020 season.

WSBK was one of the few motorsport championships to get any racing completed earlier this year prior to COVID-19 plunging the world into lockdown with its opening 2020 round in Australia.

Originally scheduled to head to Qatar a week after MotoGP on 15 March, this was abandoned following the cancellation of the MotoGP event.

The season has been on indefinite hold since.

When MotoGP confirmed its start date as 19 July with back-to-back races at Jerez, WSBK's second round was tentatively pencilled in for 2 August at the Spanish venue.

The date remains in place, before WSBK heads to the Algarve circuit in Portugal a week later.

Six races will then be staged at Aragon with back to back rounds on 28-30 August and 4-6 September.

The championship remains in Spain on 18-20 September at Catalunya, before heading to France on 2-4 October.

Depending on what is then feasible in regards to lockdown measures worldwide, WSBK hopes to race in Argentina at the Villicum circuit - which was originally meant to hold the season-finale - a week later on 9-11 October.

Misano follows on 6-8 November, though this round and Argentina are marked as 'to be confirmed' on the provisional schedule.

Decisions are still being made on holding races in the UK, Netherlands and Qatar - though the latter seems unlikely given the resurfacing work being carried out at the Losail Circuit later this year.

All races initially will be held without fans and with a limited media presence, though this will be reviewed as the year progresses - and very likely will determined whether there is racing held at Donington and Assen this season.