Redding wanted to "prove a point" with Magny-Cours win 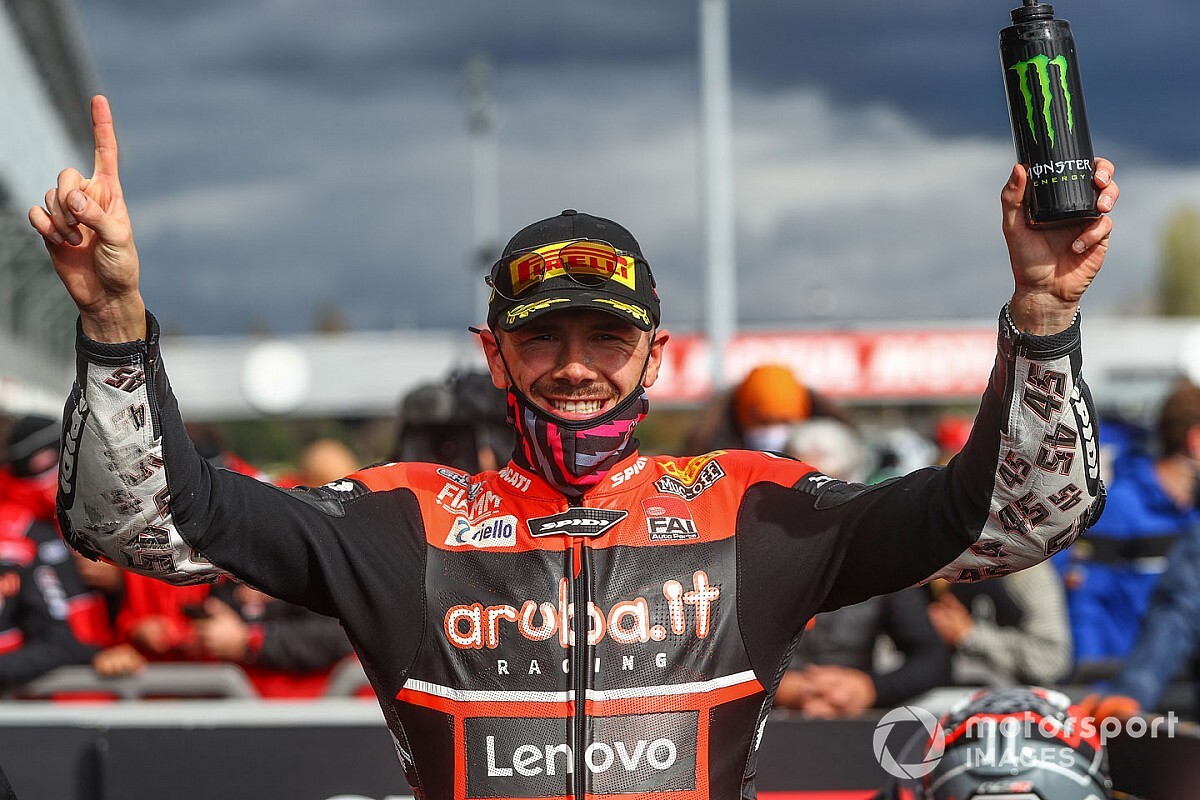 Ducati rider Scott Redding says he “wanted to prove a point” by defeating Jonathan Rea in a straight fight and winning the final World Superbike race at Magny-Cours.

For the majority of the weekend, Redding couldn’t match the performance of the leading runners in wet conditions, qualifying down in 10th place behind teammate Chaz Davies as well as the Go Eleven Ducati of Michael Ruben Rinaldi.

After finishing outside the podium in the opening two races, a major setup breakthrough allowed Redding to jump from fourth to second in the first two laps in Race 2, before he successfully completed a block pass on polesitter Rea at Turn 9 to take the lead of the race.

Redding eventually cruised to the chequered flag with a winning margin of 2.5s while Rea slipped to fourth after struggling on a drying track, keeping the ex-MotoGP rider’s slim title hopes alive heading into the Estoril season finale.

Speaking after the penultimate round of the season, Redding said it was important to prove to his naysayers that he can be just as competitive in the wet as he’s been in the dry all year long.

“In the rain I struggled all week and a lot of people said ‘oh, you know Scott is not so good in the rain, blah blah blah’,” Redding said. “Same old shit. And I just wanted to prove a point.

“With the setting of the bike, it was holding me back a little bit. I said to the team if we can get this fixed, I can fight for the win here.

“I felt good. If it was full rain maybe it would have been different, but I felt good in that condition. I had to maximise the points I could do. I was really happy to win that race.

“I thought going into that race it was going to be between maybe me and Jonathan. With the form he’s had maybe I saved it in the pocket for the end.

"But to come out and I managed to gain some points back to Estoril. It’s still a big gap but anything can happen in the last race of the season.”

Redding has enjoyed an impressive rookie season in WSBK so far after joining the series as the reigning British Superbike champion, emerging as Rea’s closest title challenger with five victories and a run of six podiums at the start of the campaign.

The British rider feels the lesson he and Ducati learned at Magny-Cours would be useful next year as they attempt to end Rea and Kawasaki’s hegemony in the championship.

“Even if we are not winning all the time, you don’t have maybe so much the chance to win a championship, it’s all learning for me," he said. "I’m like a big sponge, I’m trying to learn everything in wet conditions, intermediate conditions, how the electronics [work].

“There were certain things that took us all weekend to get rid of. Then in the final race I can say that it was working good. But all the other time I was struggling with something. Now next time we get in that situation we have that fix.

“Like Kawasaki with Jonathan, five years on the same bike. He’s had that conditions probably more time than I rode a Superbike. They’ve got all that in the pocket, they know what to do.

“This is what we need to do, to maximise the most we can at every session to get as much data as information for me and my feeling with the bike. And also the team, it’s still a new bike.”