Redding's World Superbike future at Ducati "up in the air"

Scott Redding admits his future within the factory Ducati World Superbike team is "up in the air" and that he has held conversations with other teams about a 2022 ride.

Redding stepped up to WSBK last year with the Italian marque following his British Superbike title success aboard a V4 R Panigale in 2019, replacing Honda-bound Alvaro Bautista in the works line-up.

However, the Briton's two-year deal expires at the end of the season, and has yet to be renewed.

Speaking about his future at Most, Redding hinted at dissatisfaction with a lack of recognition at his performances coming from his present employer, but concedes he wants to remain on a bike capable of winning.

"When the bike’s good, everyone can ride it," said Redding. "When it’s not so good that’s what makes a difference for a rider.

"I like it when people appreciate that, and it gets under my skin when they don’t, when they just expect it. If they expect it… I don’t know where the other [Ducati] guys finished, but were they weren’t fighting for the win. 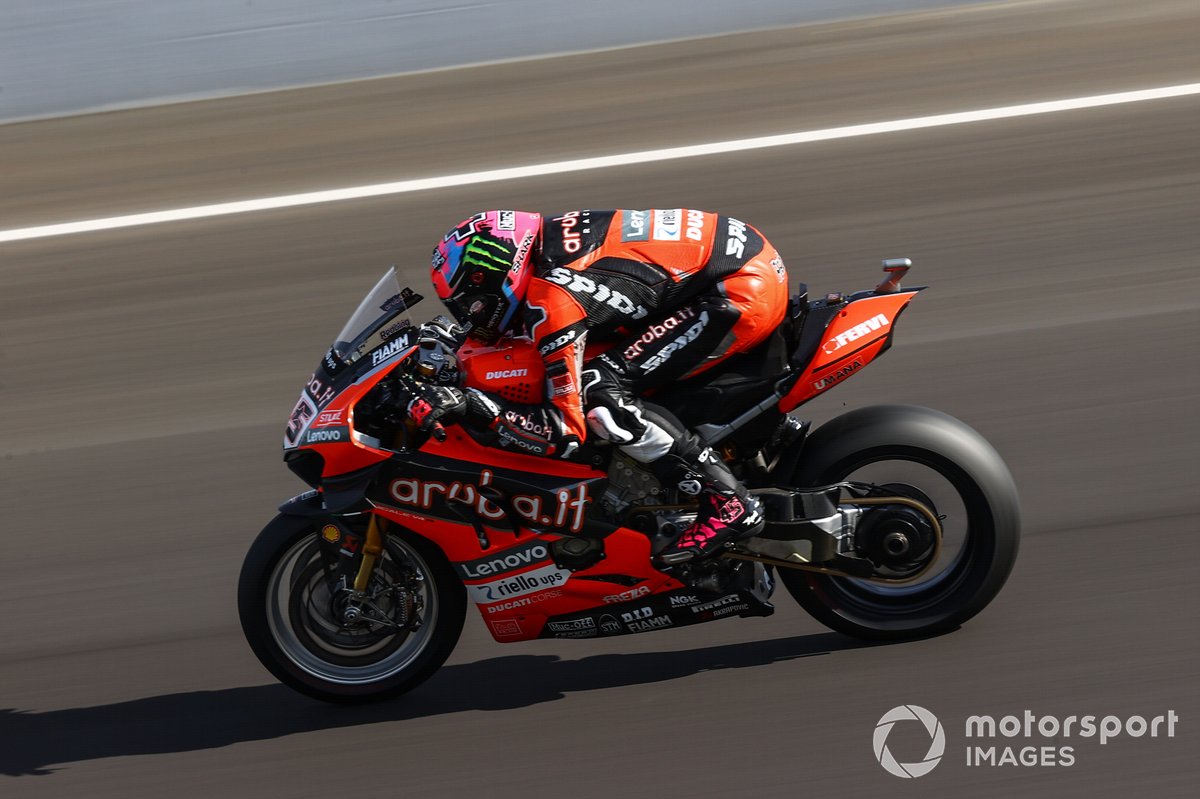 "We are talking to different teams. Some teams have this appreciation of my dedication and my hard work and my fight to succeed in a difficult situation. There has been a lot of interest from other manufacturers.

"But we need to see what the best option is for me. I still want to win races so I need to have a package that is capable of doing that."

Options for Redding to switch teams for 2022 appear to be limited, with Kawasaki having already confirmed Alex Lowes for another year alongside Jonathan Rea, and Toprak Razgatlioglu and Michael van der Mark both having contracts at Yamaha and BMW respectively.

Both Andrea Locatelli (Yamaha) and Tom Sykes (BMW) are also likely to stay put, which would leave Honda - which currently has no riders contracted for next year - as the only factory outfit with a vacancy.

Asked after his win in the final race at Most if the result would change his situation, Redding replied: "Not really. Things are still up in the air.

"But I’ve been consistently the best rider on the Ducati. I’m doing all I can do. If I win, I’ll win, if I can’t I’ll still be there fighting my heart out."

On the other side of the Ducati garage, Redding's teammate Michael Ruben Rinaldi clarified his deal to join the squad this year contains an option to stay for an extra season in 2022 and that this is "close" to being activated.

"I think the normal thing would be to continue together," said Rinaldi. "I think I will continue with them 99 percent and I'm happy to continue.

"This is a long-term project, I am young, and if they have invested in me it's because they believe in me. There would be no sense to stop the contract. I have an option for one more year, it is not confirmed, but we are close."

Why Rea is under pressure like never before in 2021

Suzuki to make first WSBK appearance since 2018 in Navarra