Jonathan Rea has admitted that a hat-trick of third places in last weekend's Portimao World Superbike round are indicative of Kawasaki's current "reality" as his hopes of earning a seventh world title fade.

Rea headed to the Algarve hoping to end a winless streak dating back to May's Estoril round, but instead found himself beaten by title rivals Alvaro Bautista and Toprak Razgatlioglu in all three races at Portimao.

It has left him facing a mammoth 82-point deficit to Bautista with just the three flyaway races at Villicum in Argentina, Mandalika in Indonesia and Phillip Island to round off the campaign.

Rea bagged pole on Saturday and enjoyed spells in the lead in both the opening and closing races of the weekend, but the longevity of the Kawasaki ZX10-RR let him down and he was powerless to mount any kind of late victory challenge.

He ended up three seconds adrift of winner Razgatlioglu in the opening race, which ran over 14 laps, and almost five seconds down on Bautista in Race 2 on Sunday afternoon.

"For sure a little bit disappointed with the results," said Rea. "I really came here wanting to try and get back and get a race win under my belt.

"In Race 2, when I was at the front I tried to step back a little bit to manage the tyre and not take so much risk. But when Alvaro came past and went to the front his pace was fast.

"I also saw the urgency of Toprak to try to disrupt Alvaro’s rhythm a little bit. That was just keeping me in the fight but as soon as he got some clear track that was him gone.

"Then I thought Toprak may come back to me, so I kept my rhythm, but it wasn’t enough. I really struggled in Turn 14, getting into and around it, and when the tyre dropped it was even worse.

"No regrets; I did my best and just got beat by better guys. I was frustrated to be that far back but that is our reality.” 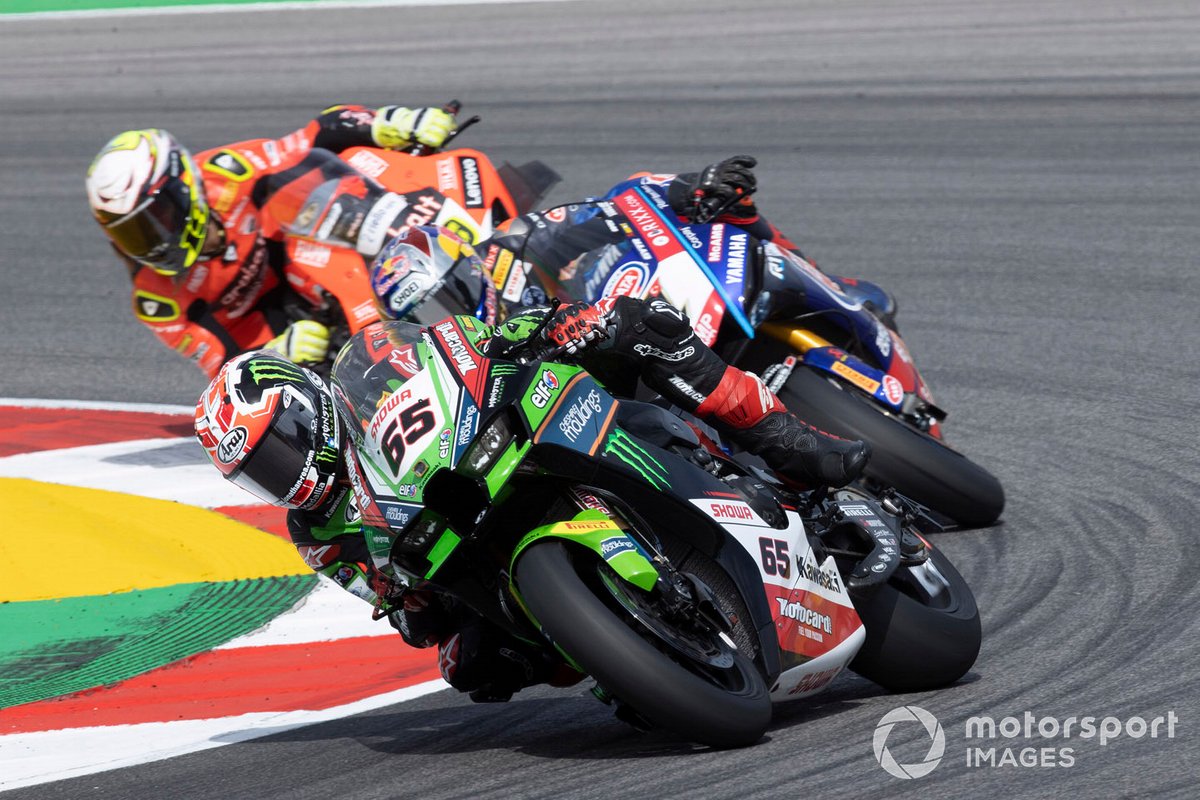 Rea also noted how much faster the pace was at the Portuguese venue compared to previous years.

"When I look back at previous years racing here at Portimao, the pace it took to win a race, right now it’s phenomenal," said the Ulsterman.

"Riding in the 1m40s and low 1m41s all race distance is really testament to how much World Superbike has stepped up. Good to be part of that battle, a shame I wasn’t a little bit closer.”

With his title hopes now beginning to fade, Rea said he would “forget about the big picture and focus race by race" as he begins the final trio of flyaway events that will determine this year's champion.

"What’s going to be will be," he added. "Alvaro and Ducati are a really formidable package right now and they’ve been doing a really good job, hence the gap in the championship. Also Toprak as well.

"Both their packages work differently. So, I have to focus on myself. I can only influence my result, do the best we can, and, in the end, we’ll see what happens after Phillip Island.”