Jonathan Rea admits he was "so stressed" trying to make up for his Kawasaki's disadvantage on acceleration in last weekend's Most World Superbike round, as he went without a race victory for the third weekend in succession.

Six-time champion Rea scored his third pole in the last four races at the Czech circuit, but could only manage fourth in Saturday's opening race behind Alvaro Bautista, Toprak Razgatlioglu and Scott Redding.

A more competitive showing followed in Sunday's Superpole race as he fought hard with Yamaha rider Razgatlioglu for the win, losing out after taking to the gravel on the final lap, but in the final full-length race he had no answer to the pace of Razgatlioglu and Bautista in the closing stages, finishing third.

Rea has now gone without a victory since the Estoril round in May, and finds himself 31 points down on Bautista at the halfway point of the season.

Although pleased that his ZX-10RR had taken a step forward compared to last year's first WSBK visit to Most, which turned out to be one of Rea's worst weekends of the season, the Ulsterman was still keen to highlight a major disadvantage he feels he faces compared to his two main title rivals.

"I feel we’re getting everything out of the package," said Rea on Sunday. "When I make a tiny mistake, miss an apex, lose some time, it’s really difficult to recover.

"We are struggling with engine management and wheelie control exiting first-gear corners. Exiting [Turns 1 and 2] I was losing so much ground. If I do everything perfectly, I can just be there, but it’s so difficult to do that every lap consistently. We need more help to make it easier to manage.

"The gap Alvaro would take on the start line and exit of T1, [I could recover with] the effort I made through T6, T7, T8. I could be there by Turn 10, but with a heart rate of 210bpm. I was so stressed because of the risk you’re taking to be there.

"I didn’t make so many mistakes, but I had to give up in the end and let them go and just finish my race."

However, Rea remains optimistic of his prospects of a record-extending seventh title heading into the second half of the season, which begins at Magny-Cours in September after a lengthy summer break. 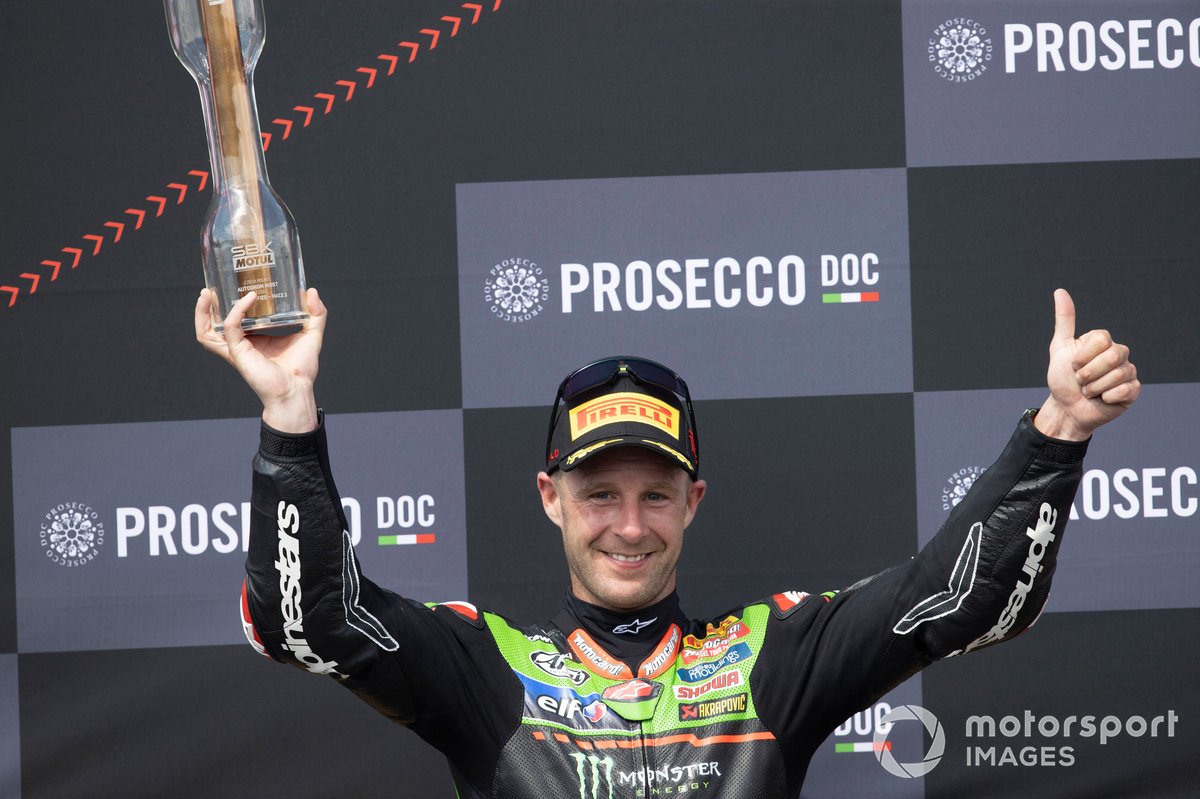 "There’s one round left that I’m not looking forward to, but the rest I think we can be as strong or stronger than the rest," he said. "When I think about the championship, about the rounds we have left, with three guys battling, I feel good at the halfway point. We’re there, very close.

"Everybody has had their day. I had three strong weekends at the start, the last three have been more of a challenge, but I try to think about the big picture."

Rea also commented on his grass-tracking moment in the Superpole race, having tried to line up Razgatlioglu for a pass on the final lap at his preferred passing spot of Turn 15 in the fight for the win.

The fact the reigning champion taking a defensive line - and sticking out his right leg - meant Rea was unable to get his Kawasaki slowed down in time - instead sitting up and cutting through the gravel trap, miraculously rejoining without surrending second place. 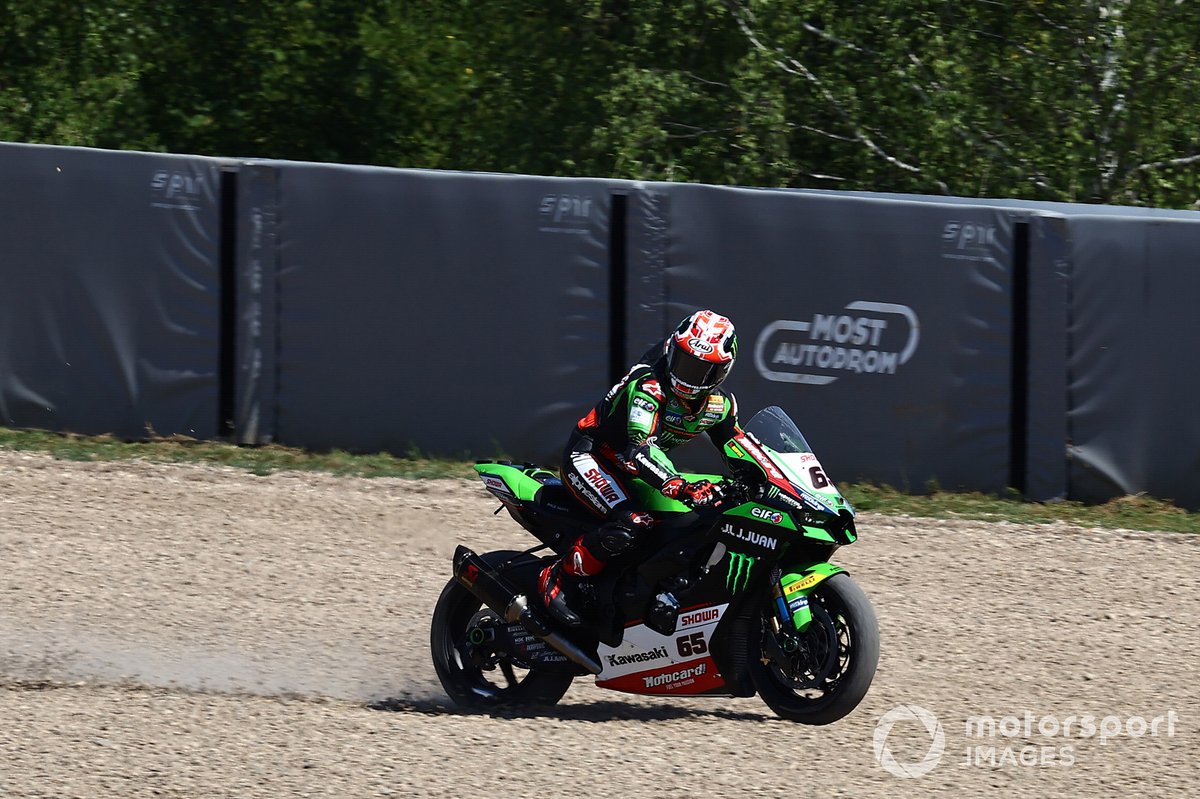 "I had a good rhythm, I felt I was better than Toprak in the middle part of the race," reflected Rea. "I felt strong at Turn 15, but he [Razgatlioglu] did a completely different line than the other laps, he was on the defensive.

"Instead of hitting his leg, I went on the inside and completely compromised my own line. Fortunately there was enough gravel that I could slow down, rejoin and keep my position. I enjoyed the fight."