Jonathan Rea says he hopes that his fight for this year's World Superbike title against Toprak Razgatlioglu will go down to the final race of the season much like the famous 2002 'Showdown at Imola'.

Kawasaki rider Rea is gunning for his seventh straight title in the production-based series this year, but is facing his sternest test since his run of success began in 2015 up against Yamaha's Razgatlioglu.

Following three wins on the road for Razgatlioglu at Magny-Cours, the Turkish rider had opened up a 13-point lead over Rea in the standings, but a controversial penalty that denied Razgatlioglu victory in the Superpole race has brought the gap between the pair back down to seven points.

Five rounds officially remain on this year's schedule, but both the Argentina and Indonesia rounds are in danger of being axed due to ongoing travel uncertainty amid the COVID-19 pandemic.

The close competition between Rea and Razgatlioglu means this year's title fight could be decided in the final event of the season for the first time since 2016, when Rea beat then-Kawasaki teammate Tom Sykes to the crown, although on that occasion the Ulsterman sealed the deal with a race to spare.

Asked if he thought this year's title fight would go down to the final race, Rea said he would relish a repeat of the iconic 2002 'Showdown at Imola' between Troy Bayliss and Colin Edwards, still regarded by many as the high point of the championship's history almost 20 years on.

"Troy Bayliss vs. Colin Edwards was the most iconic championship [fight] in history. I remember watching that race with my dad’s office. I can remember my feelings as a young boy, watching that last lap and hanging on every corner. I want that." 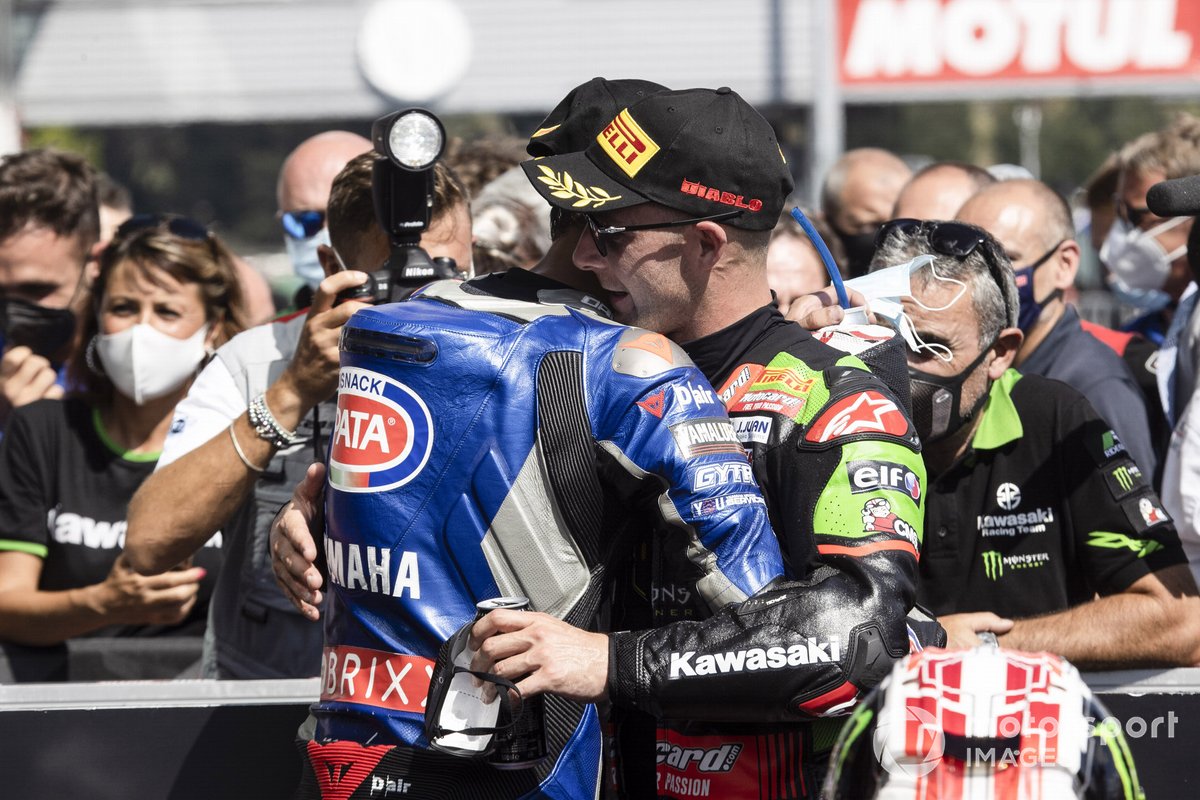 Rea also added that his relationship with Razgatlioglu, whom he mentored at Kawasaki before the latter switched to Yamaha last year, is better than those he had with past rivals like Sykes and Chaz Davies, two riders with which Rea famously had bitter feuds in the past.

"He’s a nice guy," said Rea of Razgatlioglu. "You have to have respect. I’m doing my best, and if somebody beats me, I was always brought up to shake their hand. It just so happens that I have a better relationship with him than most of my [past] rivals.

"Of course when he beats me I’m not happy, but you have to take your hat off. I feel like I’m riding really well and he beat me.

"I’ve won a lot of races, I know how it feels, there’s nothing worse than being in parc ferme as a winner and nobody wants to say well done. It’s happened in my career in the past.

"Big respect to him, and it makes me want to work harder, because when I beat him I know I’ve beaten a good guy, a top guy."

He added: "I can’t say I’d be happy handing over the #1 plate, I’m gonna fight for that… but it's nice. Even Scott [Redding], riding bar-to-bar with him, Andrea Locatelli has been fighting at the front, Alex [Lowes] has been fast, bit of misfortune again, but the championship’s good."