Rea: Estoril no longer a "bogey" track after wins

Six-time World Superbike champion Jonathan Rea says Estoril is no longer his “bogey” track after scoring a brace of wins at the Portuguese track on Sunday.

Kawasaki man Rea notched up his first victory at Estoril during Sunday morning’s Superpole Race, which he won comfortably ahead of Toprak Razgatlioglu and Scott Redding.

He followed that up with another win in the weekend’s second full-distance race, helped by a jump-start penalty for Razgatlioglu and a crash for Redding, giving himself a comfortable 35-point lead in the championship.

Estoril, a new addition to the WSBK calendar in 2020 owing to the COVID-19 pandemic, was easily Rea’s weakest track of his title-winning campaign last year, as he could only muster a best finish of fourth – making it the only venue he failed to score at least one podium.

But his victories at Estoril means Rea has now won at 20 different WSBK venues.

“The crew have made amazing decisions all weekend,” said Rea. “It might not show because I was fast at the end, but we really were in trouble [on Saturday] and last year we struggled.

“We turned it around from [Saturday] morning, we got a nice podium [in Race 1], so I think we can forget this track being a ‘bogey’ track now and be proud of the job we did.” 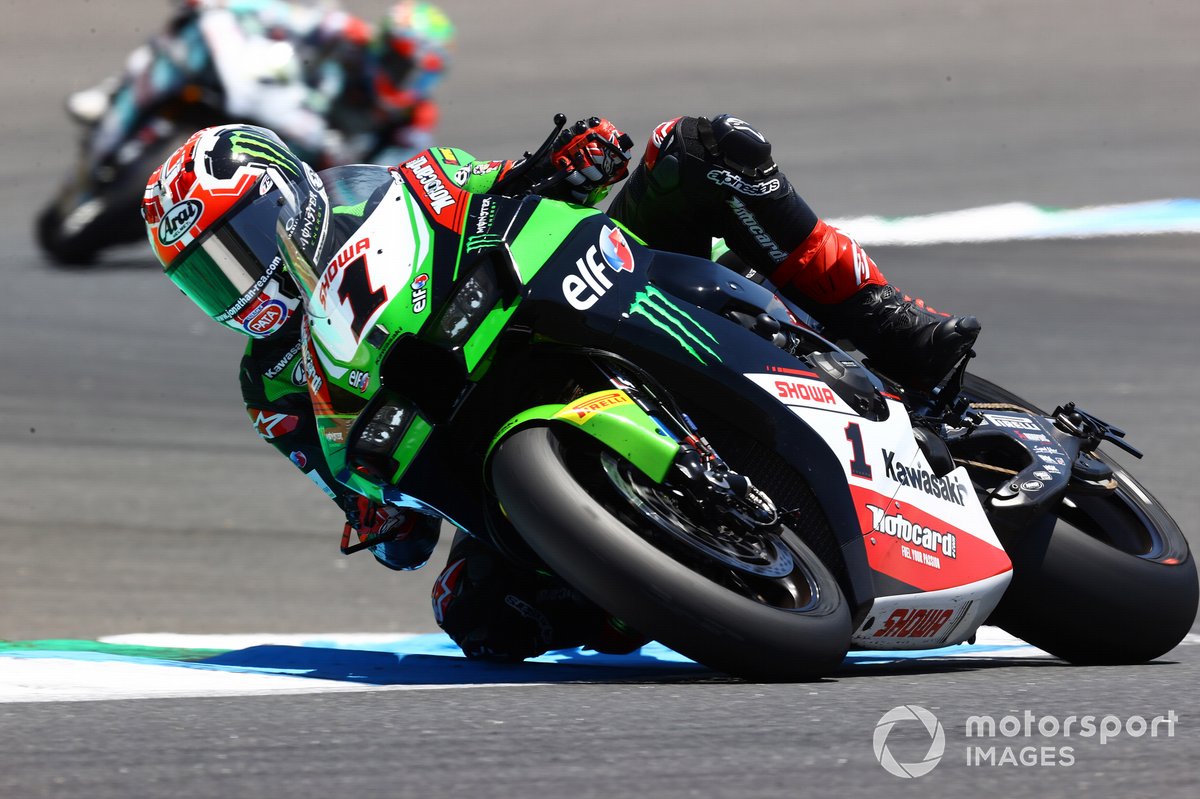 Explaining further the changes made to his Kawasaki ZX-10RR after Friday’s running, Rea said: “I pushed Pere [Riba, crew chief] to make a big change on Friday evening, I told him I’m on the limit and I need something from the bike to help me.

“Toprak looked like he was on another planet, Redding was faster than us by two or three tenths, and we found that on Saturday morning. It was not a simple change, it was a full geometry change at the front of the bike, but we’re not scared to make those changes.

“They trusted that I was doing the best I could and we needed to make a change, otherwise we’d have been fighting like hell for third. Alex [Lowes] was my pace, [Garrett] Gerloff was my pace, Chaz [Davies] was my pace and I was miles from Redding and Toprak.”

Rea’s victory in the final race of the weekend looked a distant prospect after the opening lap as he was nudged wide by the Ducati of Michael Ruben Rinaldi, dropping him down to sixth.

But Garrett Gerloff crashing and taking out Rinaldi, plus Razgatlioglu’s pair of long-lap penalties helped the Ulsterman, who unlike most of his rivals was using the standard SC0 rear Pirelli tyre, make his way back to the front of the field. 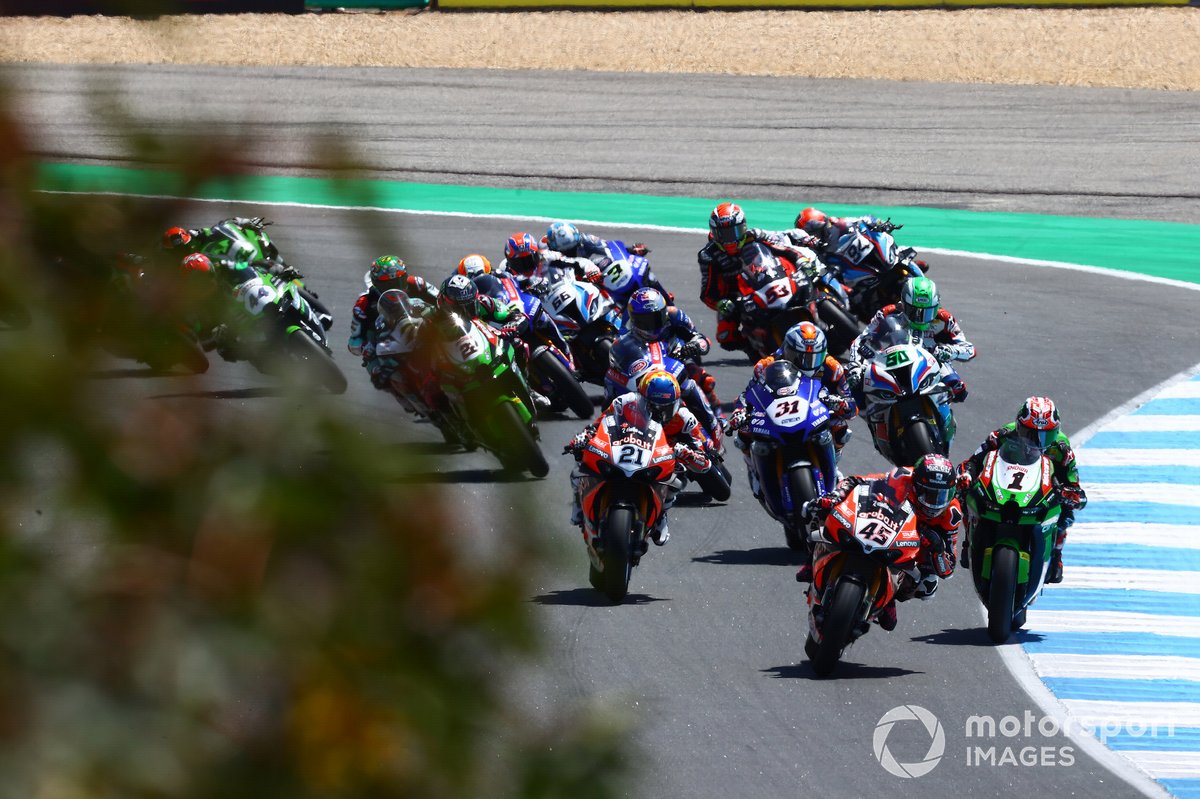 “It was dodgems at the start, I got Rinaldi’s wing in my arm at Turn 4, and I had a proper moment, I thought I could have been down,” he reflected. “[Eugene] Laverty came past and I thought I was in trouble because the majority of the grid was with the SCX tyre.

“Once I got some clear track, I could see Toprak and Redding weren’t going away so I tried to keep the gap. And then Toprak got the penalty, which was a free pass, because he’s hard to pass. And with Scott, I was catching him in sectors two, three, four.

“Step-by-step I got there and I could stay in his slipstream and make a block pass in Turn 1, but I just left the door too open and he came through. I tried again in Turn 3, and I could feel him trying in Turn 4, and the next thing I see is ‘Redding out’ on my pitboard.”

Rea concluded: “If you told me I’d have one win, even a Superpole Race win, I wouldn’t really have believed you. [I was thinking] if we could maintain the championship lead, that’s good. But to extend the lead and have two wins, it’s been an incredible weekend.”

Redding “pissed off with myself” after costly Estoril crash