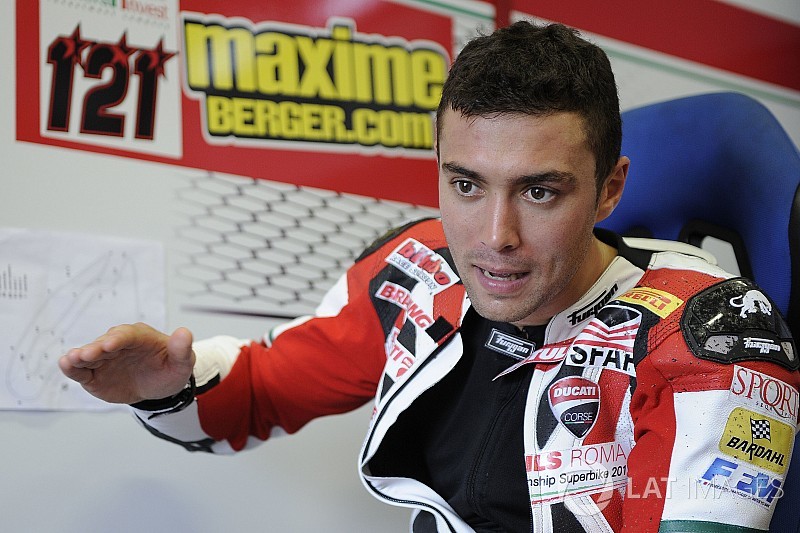 Former World Superbike rider and European Superstock 600 champion Maxime Berger has died at the age of 28.

Frenchman Berger had been in a coma in the CHU hospital in Dijon since he allegedly tried to take his own life at the start of September. He finally passed away on Friday.

A brief statement from Berger's father Alain, originally published on paddock-gp.com, read: "Following the malice that drove Maxime Berger into a vegetative state for a month, it was with great sadness that I decided, with the agreement of the doctors of the CHU, to let Maxime go.

"He will soon be at peace. Thank you all for the support you have given. A press release will be issued shortly regarding his funeral."

Berger made his World Superbike debut in 2011 on a Supersonic Racing Team Ducati, and finished 16th in that year's standings with a best finish of seventh.

The following year he switched to the Effenbert Liberty squad, but was dropped mid-season before going on to score his best WSBK result, a fourth place on home turf at Magny-Cours, for the Red Devils team.

He repeated his 16th-place finish in the standings from the previous year despite missing two rounds.

Prior to joining WSBK, Berger found success in Superstock 1000, placing second overall in 2008 and 2010 for the Ten Kate Honda team and scoring seven victories in that timeframe.

That followed his championship-winning campaign aboard a Team Trasimeno Yamaha in 2007, which came at the age of 18.

Berger later raced in the FIM Endurance World Championship after his WSBK career came to an end.