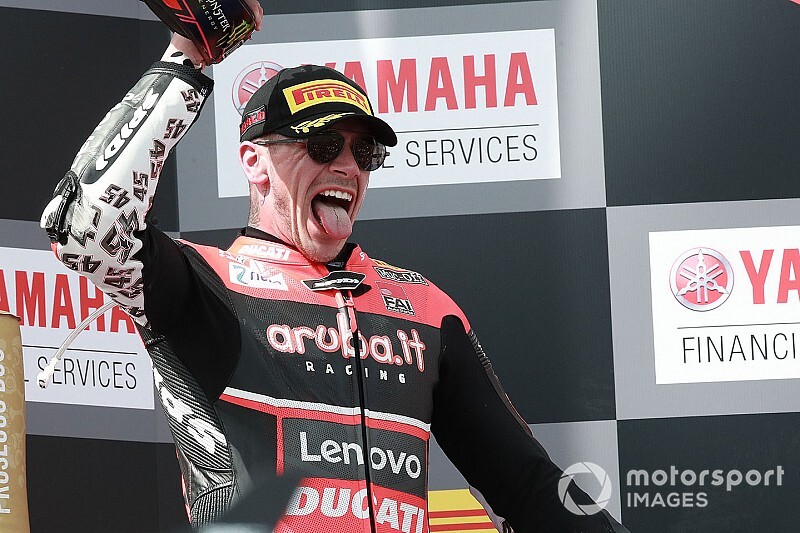 Ducati sporting director Paolo Ciabatti says that World Superbike could benefit from having more top riders like Scott Redding, likening him to the Italian marque's past stars Carl Fogarty and Troy Bayliss.

Ex-Aprilia MotoGP rider Redding made his WSBK debut for Ducati in February at the Phillip Island season-opener, which took place before the season was placed on hold owing to the worsening global coronavirus pandemic.

He replaced Honda-bound Alvaro Bautista in the factory team's line-up, coming off the back of a title-winning British Superbike campaign riding a Ducati Panigale V4 R.

Speaking to Motorsport.com, Ciabatti praised Redding for the breath of fresh air the Briton's outspoken and easy-going personality brings to WSBK, comparing him to some of the championship's past heroes and contrasting him with the recent crop of top riders.

"It is clear that he is a rider who is outside of the norm," Ciabatti said of Redding, who also rode for the Pramac Ducati team for two years during a five-year stint in MotoGP.

"But I also think that if a person in his private life loves to joke, has a strange hair colour, trains by boxing, but he is a serious professional and he arrives at the races perfectly prepared, maybe even bringing a little fun to our world, it's what we need.

"Serious riders are likely to be a little boring and not to be characters. In Superbike we were used to riders like [Noriyuki] Haga or Frankie Chili, like Fogarty, Bayliss, [Colin] Edwards. Riders who were not only very fast, but who had also become idols because of their character.

"Perhaps in recent years Superbike has also suffered a bit from having very fast riders, but not equally charismatic ones. I think having someone like Scott, who also sang in the Paddock Show in Phillip Island, that's good for the sport."

Following the Phillip Island round, Redding lies second in the championship behind Kawasaki rider Alex Lowes, having finished third place in each of the three races.

Ciabatti said Redding's performances in Australia provided enough evidence that he was the correct choice to replace to Bautista at Ducati.

"I am very satisfied with Scott's debut because he was a protagonist in all three races," said Ciabatti. "He raced in MotoGP with mixed success and then had a spectacular season in the BSB, but it was not obvious that he was able to have three very good races right away.

"Scott weighs 30kg more than Bautista. With 30kg less he might even have managed to get past exiting the last corner [and win]. It is also the case the championship has grown in competitiveness [since last year].

"The best thing about the Phillip Island races for us, however, was seeing that choosing Scott paid off, which many people didn't believe it would.

"When we said we had focused on Scott, because Alvaro had made a different decision, we were criticised. But I think we are talking about a very fast rider and a great professional."