The Finn, who topped the day’s earlier shakedown, clocked a best time of 1m42.8s following his run through the tight and technical 1.64km gravel stage in front of a big crowd.

“This is one of the rallies where I like to drive and like to push, so hopefully we can fight," said Rovanpera.

Hyundai’s Craig Breen emerged as Rovanpera’s nearest rival ending the stage 0.1s adrift, as the Irishman returns to the WRC’s top flight for the first time since Rally Croatia in April.

"It's a joy to be back again - everything feels so nice. This is real rallying. The things this car can do, it just blows your mind,” said Breen.

M-Sport Ford made a strong start to the event with the returning Teemu Suninen third fastest, 0.2s further back.

"I would say the first stage was kind of a relief we have finished it now. It's of course an important rally for us, and we have to prove again what we can do - that's my target,” said Suninen.

It proved to be hotly contested opening stage which saw the cream of the WRC2 class mix it with the sport’s best. 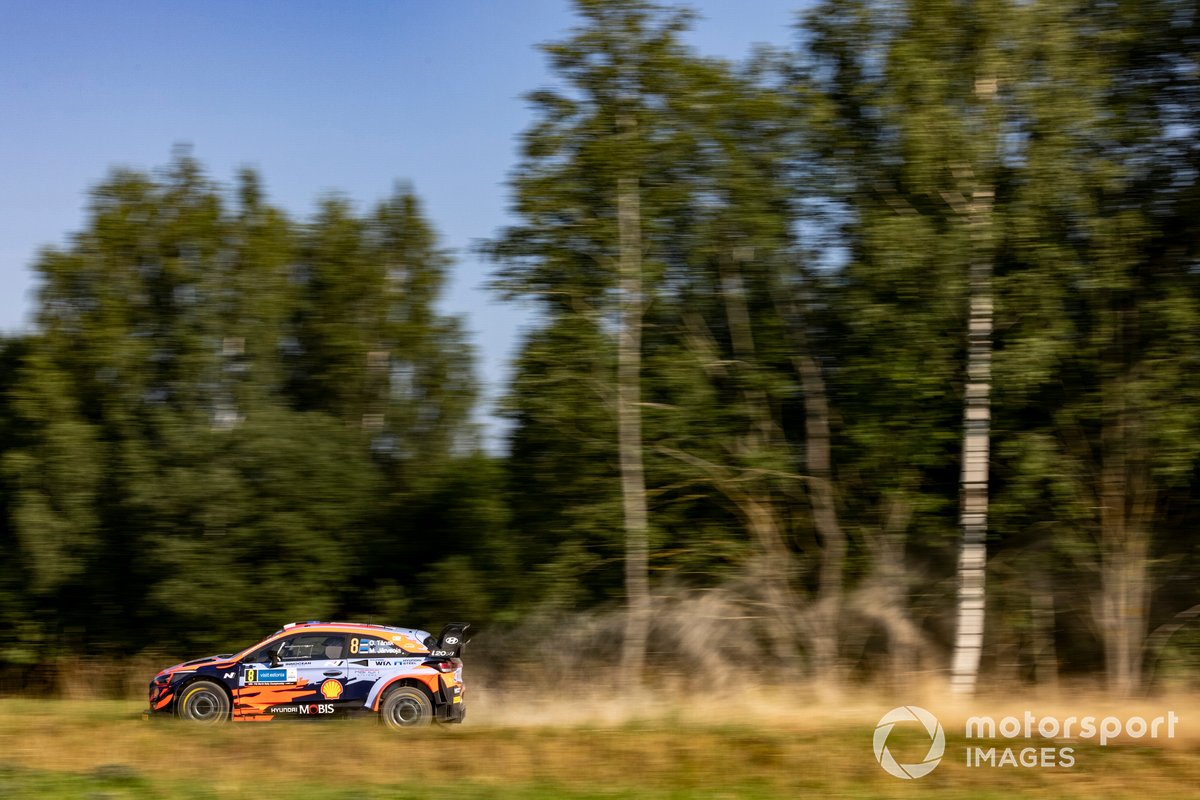 Home hero Ott Tanak, boosted by a vociferous local crowd, could only manage the fifth fastest time and tied with Hyundai team-mate Thierry Neuville. The pair, along with Breen, are running upgraded engines at the event.

"We need the win for us, but also for the team,” said Neuville after seeing victory slip away in Kenya last time out.

“We are going to fight. We have revenge to take from last year and also from the last rally in Kenya, so hopefully we are going to have some luck with us."

Championship leader Sebastien Ogier was sixth fastest after the opening the stage. The Frenchman is expecting a challenging rally given his road position.

"I think we have a tough weekend ahead of us,” said Ogier. “Already here, it's quite slippery. Opening the road I have no idea what I can achieve, but like always I will give everything I have and we will find out what's possible."

Title contender Elfyn Evans was perhaps the surprise of the stage after only managing to post a time 3.2s shy of Rovanpera that put him 17th in the overall classification.

The rally proper begins on Friday with eight special stages, the first test beginning at 0740 BST.