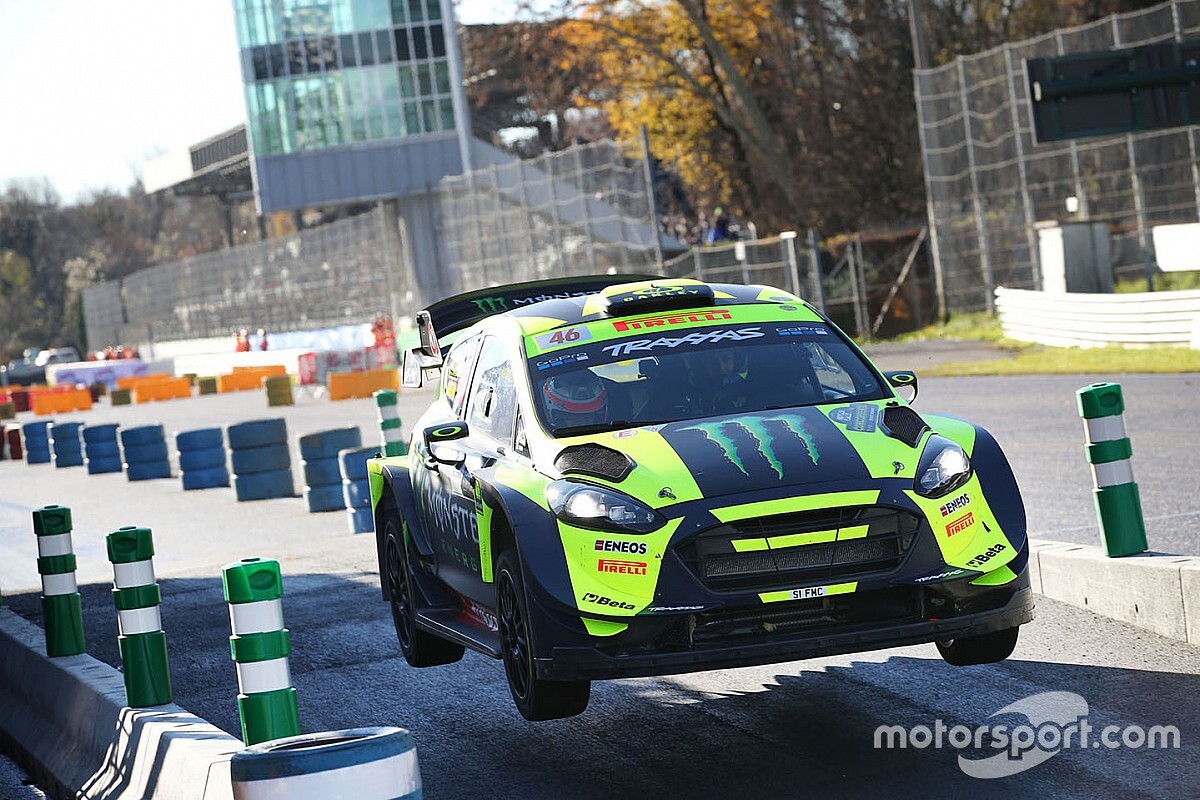 MotoGP legend Valentino Rossi has no plans to race the Monza Rally in 2020 as a wildcard at the new World Rally Championship finale, but nor has he ruled it out.

On Friday it was announced the WRC will end this year’s schedule with the Rally Monza event, which since 1978 has been held as a non-championship outing.

Nine-times grand prix motorcycle world champion Rossi is a veteran of the event, having won it seven times.

Upon news of the Monza Rally becoming a world championship event, Rossi was asked if he would participate this year.

However, he says currently he has no plans to take part as he intends to race the Gulf 12 Hours in Abu Dhabi again at the Yas Marina Circuit in early January. That said, he admitted the rally gaining world championship status has made it “more interesting” to him.

“I know about Monza, a lot of people already call me,” Rossi said when asked at Le Mans on Friday.

“But for the sure the situation has changed, and making the last race on the world championship is a lot more interesting. We will see, I will see.”

Rossi has made several appearances in the WRC, first back in 2002 in Rally Great Britain driving a Peugeot 206, when he crashed out of the event.

Rossi contested the Gulf 12 Hours at Abu Dhabi in December of last year in a Kessel-run Ferrari 488 with his half-brother and current Moto2 points leader Luca Marini, and long-time friend Uccio Salucci.

The trio won the Pro-Am class and managed to get onto the last step of the podium overall just days after Rossi engaged in a ride swap with six-time Formula 1 world champion Lewis Hamilton at the Ricardo Tormo Circuit near Valencia.

In 2014, Rossi’s former Yamaha team-mate and current test rider for the Japanese marque Jorge Lorenzo guided a Kessel Ferrari to a class victory at the Gulf 12 Hours.

Ogier: This year's title would be worth less to me