Ogier: This year's title would be worth less to me

Sebastien Ogier says sealing this year’s WRC title would mean less than the six he has won already because of the shortened season.

The Frenchman’s previous six title successes came between 2013 and 2016 as a Volkswagen driver before taking back-to-back crowns when he switched to M-Sport Ford for the 2017 and 2018 seasons.

His dominance of the series was ended when he rejoined Citroen in 2019 after seven years.

Each title was earned over the course of a full calendar but the current campaign has been a stop-start affair because of the coronavirus pandemic.

Thirteen events were originally on the schedule but COVID-19 has meant the final standings are due to be based on just seven rounds.

“It is a tricky question to answer,” Ogier said, when asked by Motorsport.com if the winner of the 2020 WRC can be considered a valid champion.

“At the end of the day we have all had the same chance to compete in this mini-championship and whoever comes out on top is still going to be the winner of this season. How shall you call him [the champion]? They are still a WRC winner.

"But, for sure, if I come out on top after the Monza Rally, I will not put the same value on this title compared to the previous ones.

“But, at the end of the day, we had to deal with a special situation [COVID-19] and I would say ordinarily it is a shame that we did not manage to do a few more events, say eight or nine, because it would help it look more like a championship, but that is another question.”

Ogier has recently agreed a contract extension with Toyota that will lead to him ending his career with the squad after next season.

With the luxury of having more time to work alongside engineers during the off-season, Ogier says he is targeting small but significant gains with the Yaris supermini prior to January’s Rally Monte Carlo.

“Generally, I am happy with the Yaris - there’s no big issue or things I want to change completely on this car,” he said.

“This season we have not had the chance to do too many kilometres – only six rallies and some tests so far – so the chance to carry on with the same car for a full, real season is really nice.

“It will give me the chance to be more prepared and to set the car up so that it is better to my liking because, so far, I was lacking [some understanding] and not knowing what to do with the car’s set-up to make it suited to me perfectly.

"But, obviously, it will be a little bit easier for me to do that next year. There is no big issue I want to solve. Generally, it is a very good car and, as a team, we are trying to improve.

"I think every aspect of the car is still under work. We fine tune and we improve.” 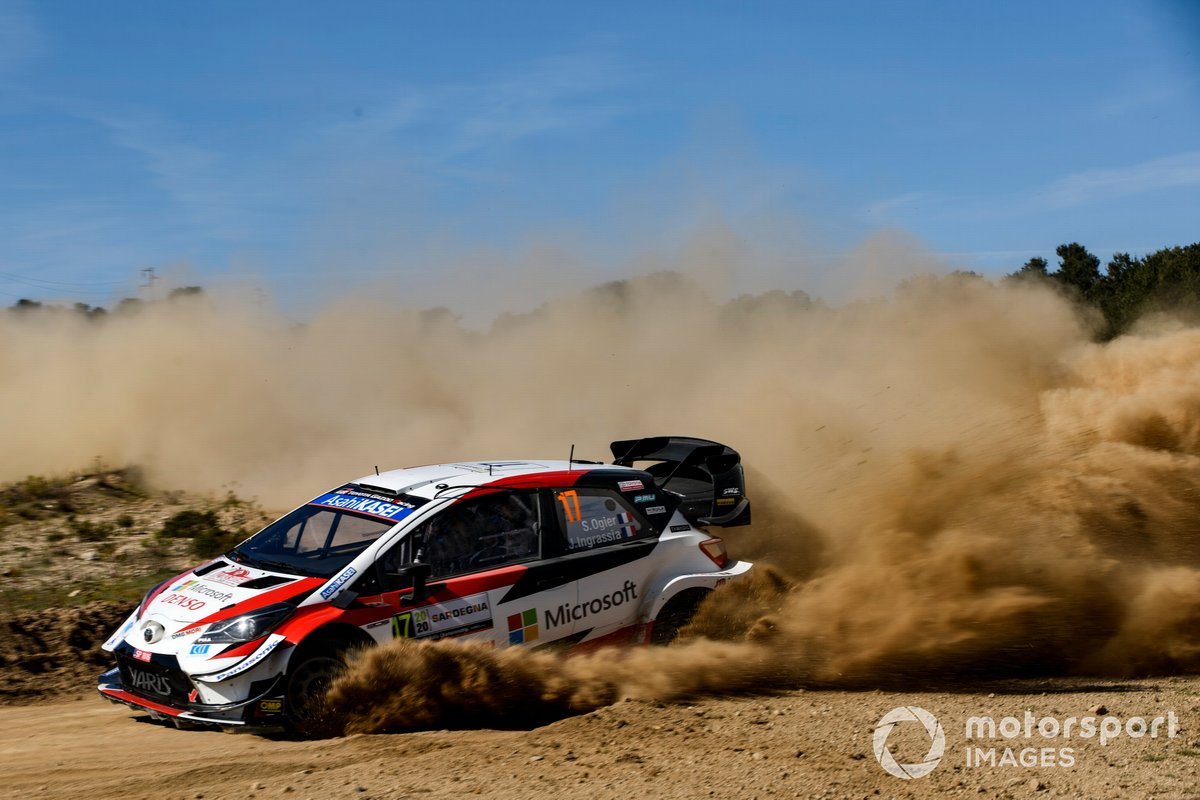