Alpine Formula 1 driver Esteban Ocon says that rally drivers have “balls of steel” after gaining his first experience of the sport on Thursday.

By:
Adam Cooper
Co-author:
Jacobo Vega
Listen to this article

The Frenchman drove an Alpine A110S on the first two stages of the Monte Carlo Rally as the official VIP course car, carrying his regular race number, 31.

Ocon admitted that driving the sportscar on the slippery wet roads, while being fed information by a co-driver, took some getting used to.

His only previous experience of an Alpine came when he lapped the Nurburgring during the Eifel GP weekend last year.

“It was good fun, awesome, I really enjoyed my time on those roads,” he said. “First experience in rally, not the easiest one to start with. But yeah, I had a blast. I felt more and more comfortable, the more I was going through those roads.

“There's always like a lot of tricky parts, a lot of grip changes and all that, so it's very different to what I'm used to. 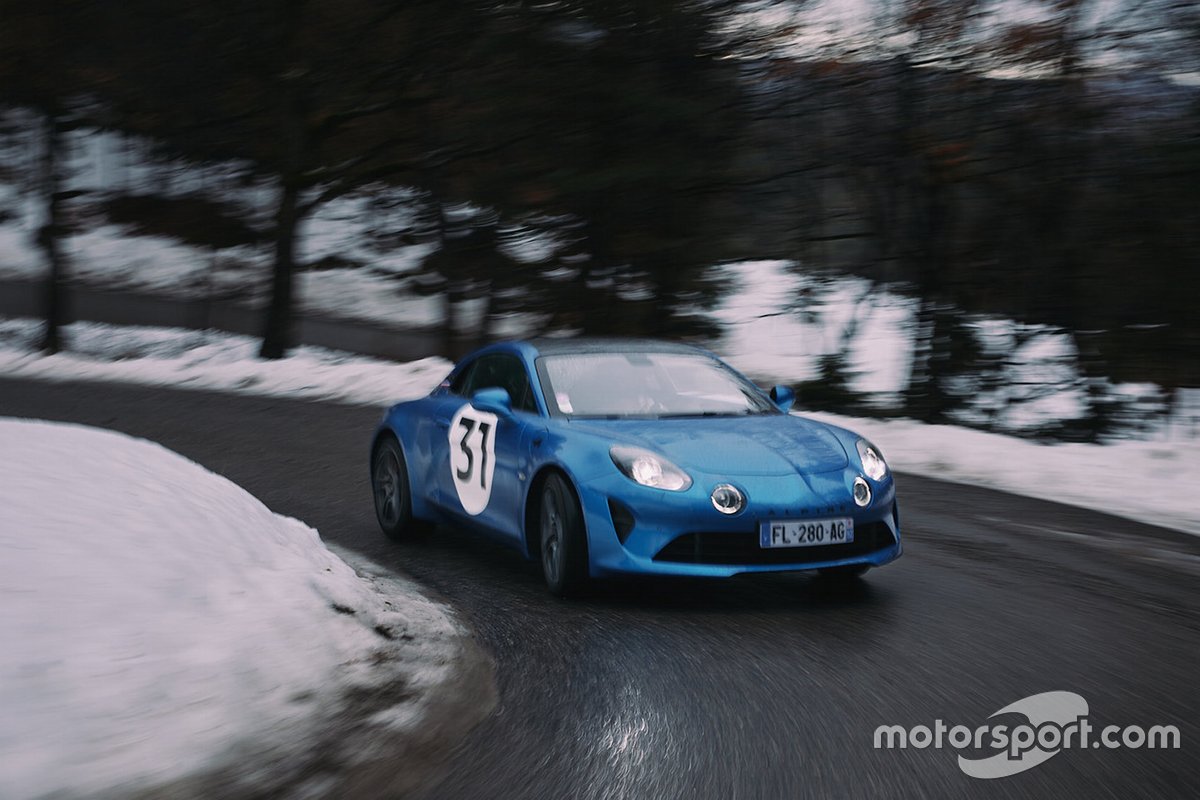 “You need to listen to the co-driver as well, which is not an easy thing. Get it in the right time, and when you are focusing in a corner, you already start to hear what's coming next.

“I was managing that a lot better in the end, and all in all, it was awesome fun. And the car was handling really well, so it was really good."

Asked what he thought of the regular WRC drivers, Ocon made it clear that he now has even more respect for them.

"Heroes! What else can I say? I was watching the onboards already always, after the events, just to watch," he said. "And it looks fast, it looks well controlled when you watch [Sebastien] Ogier, when they cut the roads. And it looks cool.

“But when you drive in real, it looks a lot more narrow, and a lot more difficult. So it's not the same animal when you are there in real. And I tell you, it's very tricky.

"So honestly, hats off to them. They have proper balls, balls of steel."