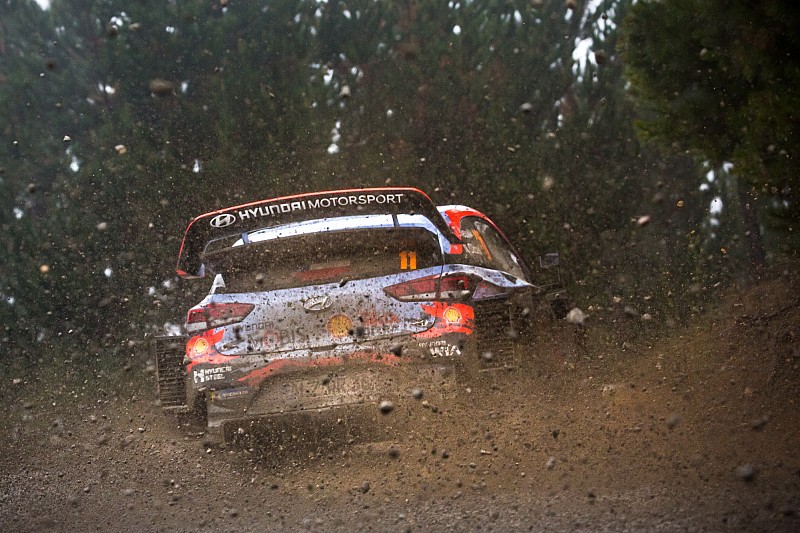 WRC points leader Thierry Neuville was given the green light to start a stage too early, forcing Rally Chile organisers to red flag the Belgian’s attempt at SS2 on Thursday.

FIA rally director Yves Matton declined to comment on the situation, telling Motorsport.com that he wanted to wait for WRC safety delegate Michele Mouton’s comments first. A source within the event organisers, however, admitted it was a mistake from the marshal.

“There was no confirmation from the FIA that [everything] was ready and we were cleared to go,” said the source. “But on the correct minute, [Neuville] was started.”

The main concern was that the Hyundai i20 Coupe WRC would catch the officials’ zero car which was only half way through the 20-mile test. After three miles Neuville was red flagged and instructed to drive the remainder of the test in non-competitive ‘road’ mode.

A clerk of the course decision gave Neuville a notional time of 21m17.0s, 6.6s slower than Ott Tanak’s benchmark.

Asked what he felt the correct time was, Neuville told Motorsport.com: “What do you think? I lost seven-tenths of a second in the first [stage] to Tanak and I gain seven-tenths in the last one, so we are equal and I lose 6.6? How many rallies in the year do we see a gap like this of 6.6s? So why I get this?

“I really don’t understand when I was 1.3s faster in the first split I did in stage two.Even if it was two seconds I would think it’s [too much].”

The event organisers could revise Neuville’s time after the second run at the El Puma test.

Hyundai team principal Andrea Adamo said: “I’m fully confident they know what to do. The performance of Thierry on the morning loop was very clear – I’m not worried.

“Of course, the others are crying saying Thierry did not use the tyres [because he didn’t drive flat-out through SS2] and they reach for the book of excuses to say he has the advantage in the next stage. But it’s also true in the afternoon Thierry will be the only driver who didn’t run the stage in anger – so he will have less experience.”

Neuville’s notional 6.6s deficit is all that separates him and Tanak starting the Friday afternoon loop.