The Toyota driver held his nerve and despite a late scare when he clipped a concrete barrier, the Frenchman completed the final three stages to beat Toyota teammate and title rival Elfyn Evans to the rally win and the championship.

Ogier secured his fifth victory of the season with a 7.3s margin over Evans after a titanic battle across the three days. The lead changed hands six times between the pair as the Welshman fought valiantly to keep his slim title hopes alive, having started the weekend 17 points adrift of his rival.

It proved to be a fairytale finish for Ogier as he prepares for semi-retirement, contesting only handful of WRC events for Toyota next year, while it was the final event for co-driver Julien Ingrassia after 16 years alongside Ogier.

The Frenchman led from the first stage edging his teammate on the mountain stages before dropping 1.4s behind Evans, who starred on stages held at the Monza grand prix circuit.

On Saturday, the lead changed hands five times across six stages, four tests in the Bergamo mountains and two at Monza circuit, as Ogier headed Evans by 0.5s heading into Sunday.

Ogier’s title hopes could have ended when he hit a concrete barrier on Monza’s historic banking in Sunday’s first stage with his front right wheel, but luckily he avoided significant damage.

Moments later Evans’ victory hopes were dealt a blow in the penultimate stage when he ran wide during a circuit section and stalled his Yaris, costing him 7.1s to Ogier.

A measured drive to finish second in the final Power Stage sealed a 54th WRC career win ahead of Evans.

"It's been a pretty okay year, I can't help but feel a bit disappointed right now," said Evans. “You always look to the places you could have done better, but I have to say a really special thank you to this team.” 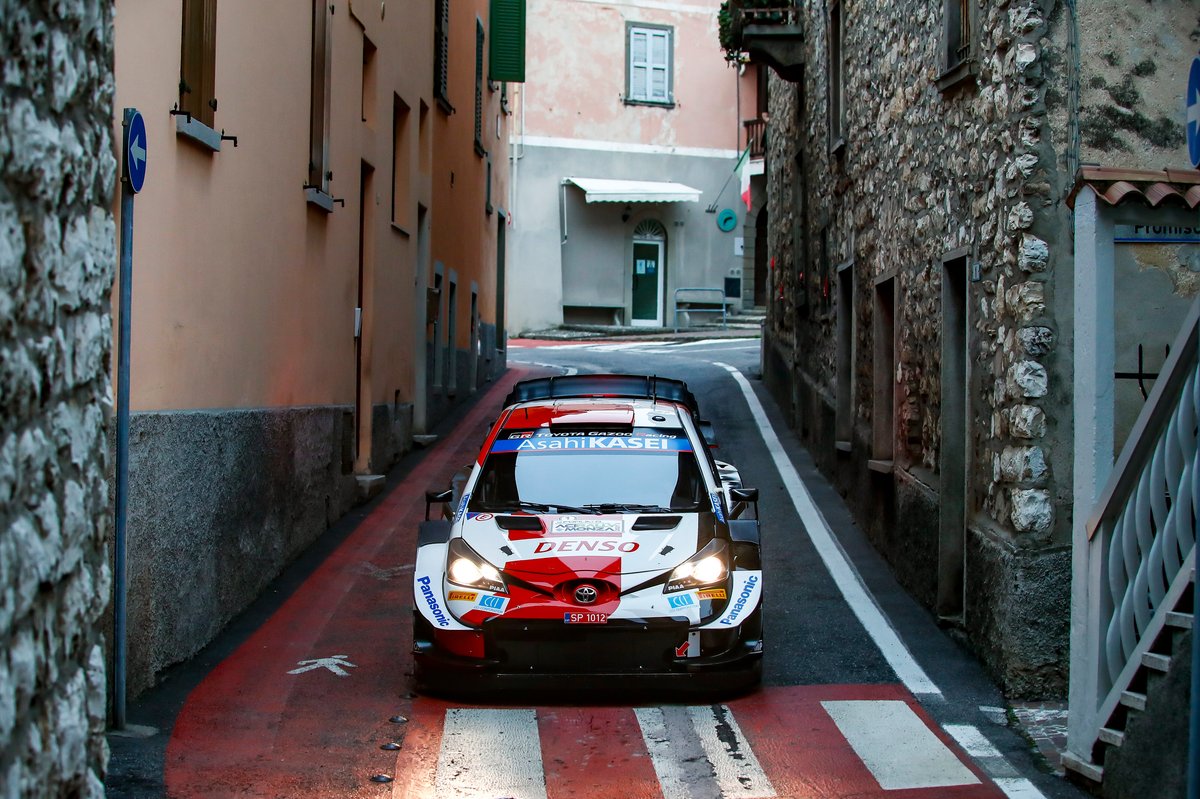 The result also clinched the manufacturers’ title for Toyota in Jari-Matti Latvala’s first year as team boss. It was also the final event for this generation of WRC cars as the series prepares for its Rally1 hybrid future in 2022.

Hyundai’s Dani Sordo secured the final spot on the podium ahead of teammate Thierry Neuville, who surrendered third on Saturday when he hit an armco barrier on stage 9.

The Belgian sealed third in the championship standings by winning the Power Stage to finish fourth overall in Monza.

After two stalls on the final stage, Oliver Solberg (2C Competition) netted his career best WRC result after an impressive weekend-long run to fifth overall in only his fourth top flight outing in the championship.

Standing-in for 2019 world champion Ott Tanak at Hyundai, Teemu Suninen managed to claim sixth despite only one test day behind the wheel of the car prior to the event.

A swift repair to the front left destroyed after a crash in the penultimate stage allowed Takamoto Katsuta to finish seventh ahead of M-Sport’s Gus Greensmith, who drove smartly throughout to secure eighth.

Toyota’s Kalle Rovanpera ended the rally in ninth having been tasked by his team to drive conservatively throughout the event to ensure the operation won the manufacturers’ title.

The Finn gave the spectators plenty to cheer about by deliberately performing some donuts during the final stage.

“There was some problems with the pacenotes,” he joked, when asked about the donuts.

"A big congratulations and thank you to the team. It was a great year, an amazing car and I think we really showed this year that we are with an amazing team.”

M-Sport’s Adrien Fourmaux reached the finish after restarting on Saturday following a roll in stage 3 on Friday.

The WRC will return next year at the Monte Carlo Rally from 20-23 January.