Elfyn Evans believes his overall performance to win Rally Finland ranks as “probably the highest” of his World Rally Championship career to date.

The Toyota driver produced a faultless display to fend off a strong challenge from the Hyundai pair of Ott Tanak and Craig Breen to win the event, reigniting his championship hopes in the process.

Evans’ triumph at Rally Finland’s 70th anniversary event ensured he is only the second Briton to win one of rallying’s most prestigious events, following in the footsteps of Kris Meeke in 2016.

The Welshman racked up 10 wins from the 19 stages, including the Power Stage, and was able to push on Finland’s high-speed gravel roads to the absolute limit to see off two-time winner Tanak to the tune of 14.1s.

Reflecting on his fifth career WRC win, Evans felt it was his best ever performance in the championship.

“It is probably pretty high,” said Evans, when asked where the victory ranks in his career to date. “I think it is always difficult to beat the first win at home in Wales, but in terms of performance this probably ranks the highest to be fair.

“I perhaps wasn’t that confident coming into it to be honest but we found good feeling with the car quite early on, and we improved that again for Saturday, and we took it from there really.

“Four stage wins on Saturday morning really went towards the win but from there on it was about trying to fend Ott and Craig off as they were charging pretty hard. I’m happy we managed to do it.” 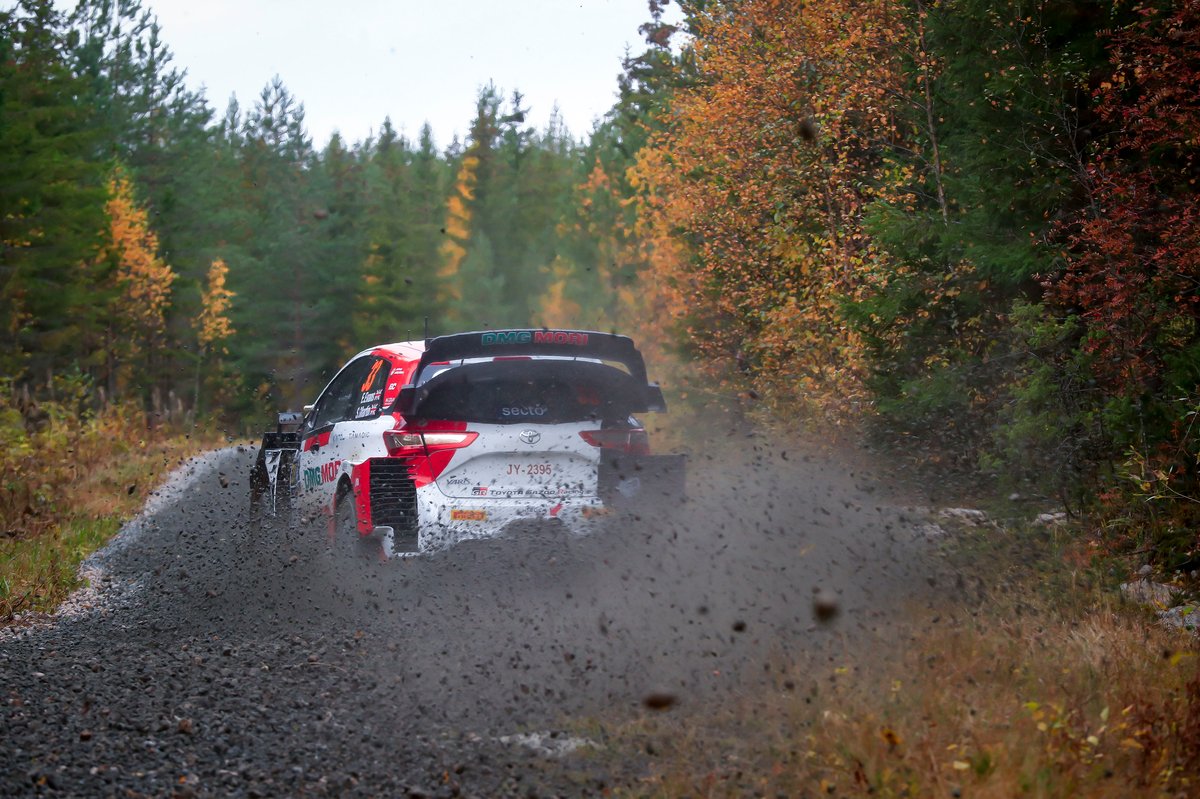 The victory coupled by a subdued performance for championship leader and Toyota teammate Sebastien Ogier, who finished fifth, has moved Evans to within 24 points of the Frenchman with two events remaining.

While acknowledging Ogier’s advantage has been slashed, Evans remains coy on his title chances but admits they are now more realistic.

“It [the title race] has definitely moved in the right direction but it is still a long, long way away,” he added.

“We knew it was a very remote chance after Greece and still it is not much better of a chance now still but it is moving in the right direction.

“At the end of the day we have to go to the next two events left on the calendar and give it our best shot and get the best results we can. That is all we can do.

“It is perhaps slightly more realistic as it will only take Seb to have a retirement and it would be all open. I can’t wish that and all we can worry about is our performance on the next two rallies.”

The WRC heads to Spain for the penultimate round of the championship from 14-17 October.