WRT admits it has “some regrets” about failing to convert pole position into a maiden FIA World Endurance Championship victory in only its third attempt at Monza.

Best known for its GT3 racing exploits with Audi, Belgian squad WRT has successfully diversified into prototype racing this year with a single car entry in the LMP2 classes of both the WEC and the European Le Mans Series.

Frijns lost the lead at the start of the race to the United entry then driven by Hanson, but regained the top spot at the second round of pitstops to reinstate status quo.

The Dutchman stopped for a third time on lap 69 to hand over the car to Habsburg, diving into the pits just before the sole safety car of the race was deployed following a spectacular tyre explosion on Ben Keating’s #33 TF Sport Aston Martin Vantage.

Most of the LMP2 teams had to come into the pitlane for a splash and dash before stopping for a second time after the safety car period for a full-service. All of this should have handed WRT a massive advantage over its rivals, but the Belgian team missed the window to pass around the safety car, dropping to fifth in class.

Habsburg, Frijns and Milesi were able to recoup some of the lost ground and return on the lead lap, but had no answer to United Autosports’ pace as the Anglo-American team clinched its second win of the season.

Second position was still good enough for WRT’s first-ever podium in the WEC, but team boss Vincent Vosse admits that a victory was on the cards at Monza.

“The positive is that we took our first pole and our first podium, and that the car worked very well throughout the race,” said Vosse. “Still, we have some regrets, as we could have won in LMP2, without this issue during the third pitstop.

“I think we have made a small strategic mistake, and we can live with that. We are still learning and we still have to improve, but overall, it’s a good weekend, as we head to Le Mans.”

Habsburg, who was also a part of WRT’s DTM set-up last year alongside Scherer and Harrison Newey, added: ’“The feeling is of weight-drop from our shoulders, as we earned our first podium, but there is also a bit of disappointment, as we had the pace to win, and due to a technicality, we lost the chance.

“It’s always annoying, but we will learn from it, we will not let it happen again.’

With four of the five cars in the top hypercar class running into technical issues and only two of them finishing on the lead lap, United Autosports finished on the overall podium behind the winning #7 Toyota and the #36 Signatech-run Alpine A480. 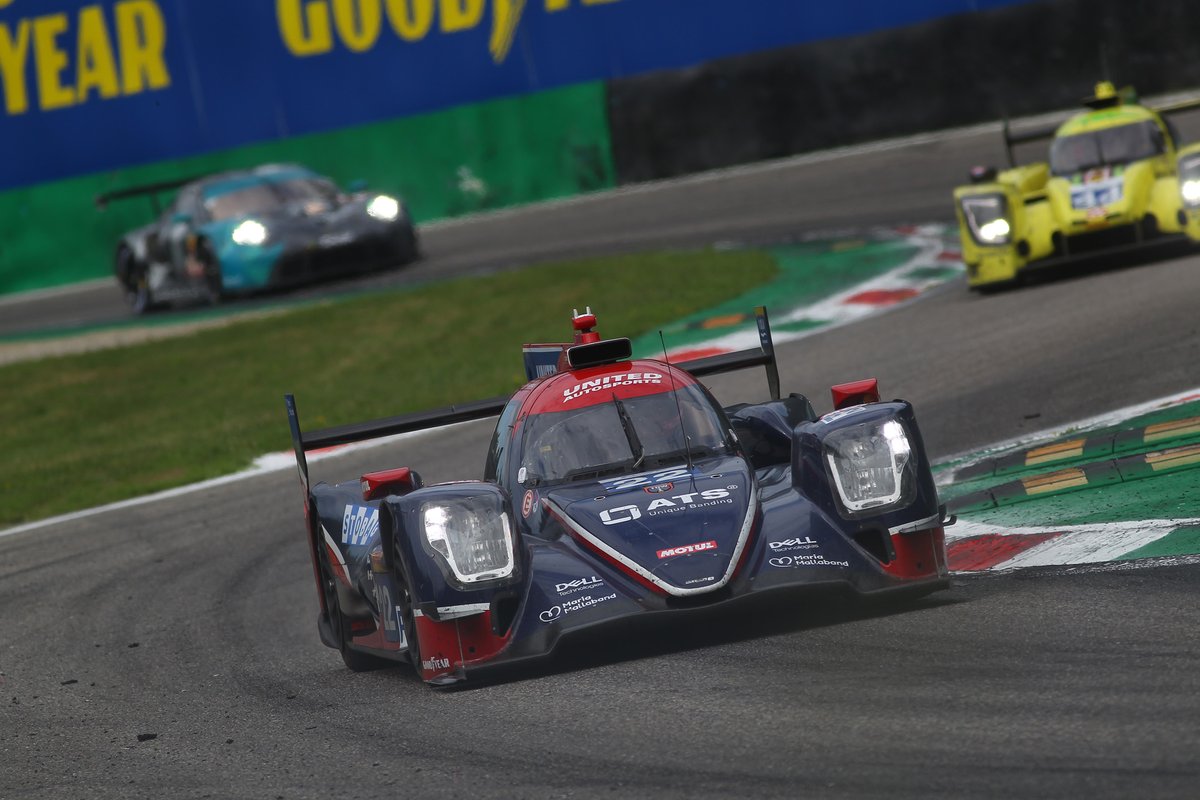 It marked the first time an LMP2 car finished inside the top three since last year’s Bahrain finale, when only the two Toyotas were entered in the top category.

Hanson admitted that it would have been a close fight between United and WRT had the Belgian team not lost time stuck behind the safety car but felt his outfit deserved to win the race anyway.

“You can only predict so much and obviously starts at Monza are normally quite difficult,” he said. “It all kind of opened up for me at the start so I was able to get the lead.

“From that point our strategy was to try and save as much fuel and extend the stint which we did and we were able to extend our first stint even through the full course yellow, which actually turned out to be a bit of a pain for us in the second stint when the safety car came out just before we were about to box.

“There was definitely some confusion between WRT and organisers which means we were not suffering as much as we probably should have.

“But we were leading before that so we were deserved leaders before that point anyway. It’s a shame that it dropped them so back, it would have really been a tough fight. But the team did everything right apart from that, which was anyway out of our control.”