Frits van Eerd has decided he will race in the Shanghai FIA World Endurance Championship round next month following his Racing Team Nederland outfit scoring its first win in Fuji.

By:
Jamie Klein
Co-author:
Filip Cleeren
Listen to this article

RTN scored an against-the-odds triumph in Japan as Nyck de Vries overturned a one-lap deficit in the final two hours of the race to a comfortable win in the car he shared with gentleman driver van Eerd and ex-Formula 1 racer Giedo van der Garde.

De Vries was forced to skip the season opener at Silverstone because of a clash with the Spa Formula 2 round, with Job Van Uitert being drafted in to take his place.

Van Uitert was due to make another appearance with RTN in Shanghai, a race van Eerd was going to skip due to business commitments.

However, in the wake of RTN's Fuji win, a team spokesperson stated: “Although Frits van Eerd first couldn’t take part in that race, and would have been replaced by Job van Uitert, he has in the meantime decided to drive in China after all.”

By racing in Shanghai, van Eerd retains the chance of being crowned LMP2 champion. He and van der Garde jointly lead the standings, but had he missed the next round, van der Garde would have moved ahead in the points unless the RTN car failed to score.

De Vries is on 25 points, compared to 41 for van der Garde and van Eerd, and is also set to miss next March's Sebring round to prioritise his Mercedes Formula E commitments.

A draft entry list for November's Shanghai race features an extra car in the GTE Am division, with Proton Competition expanding to a third Porsche 911 RSR.

It will be driven by father-and-son duo Philippe Prette and Louis Prette as well as Blancpain GT Series regular Vincent Abril, who contested the Le Mans 24 Hours as a trio earlier this year, finishing sixth in the GTE Am class (pictured below).

The third Proton car bumps the overall entry for Shanghai up to 31 cars, with no other changes in LMP1, LMP2 or GTE Pro compared to Fuji.

Ginetta has yet to confirm its line-ups for the race, but Chris Dyson is expected to take up his seat in the #6 car after skipping the opening two races of the season.

In LMP2, the only change is Paul di Resta returning to action at United Autosports after skipping the Fuji round due to a clash with the Hockenheim DTM finale.

Elsewhere in the GTE Am ranks, Felipe Fraga is skipping the Shanghai race due to a Stock Car Brasil clash. His replacement in the Project 1 Porsche squad alongside Ben Keating and Jeroen Bleekemolen will be Dutch driver Larry ten Voorde. 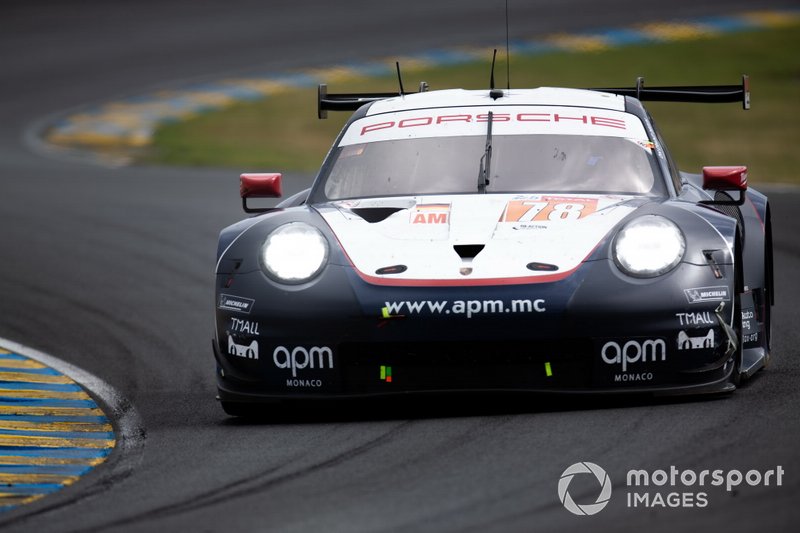