Toyota drivers Brendon Hartley and Mike Conway believe the marque's new Le Mans Hypercar will be very different to race with compared to the LMP1 car it replaces.

Last week Toyota offered a first look at the GR010 Hybrid, which will debut in the new Hypercar class of this year's FIA World Endurance Championship and Le Mans 24 Hours.

While the successor to the TS050 Hybrid is still a four-wheel drive hybrid prototype, the all-new LMH regulations dictate that the car's front-axle hybrid system is deployed in a different manner compared to the previous era's LMP1 cars.

The new WEC rules state that the car is not allowed to deploy its hybrid power below 120km/h and that the combined power output of the MGU and internal combustion engine can never exceed a total of 680bhp.

While the new car therefore has less peak power output, the more linear speed curve will also do away with some of the old LMP1's quirks, rocketing out of slower corners using the hybrid boost but then lifting and coasting well ahead of the braking zone due to calculated fuel cuts.

According to Hartley, who shares the #8 GR010 Hybrid with Sebastien Buemi and Kazuki Nakajima, the way the drivers will have to race other cars and manage traffic will be very different compared to the outgoing TS050. 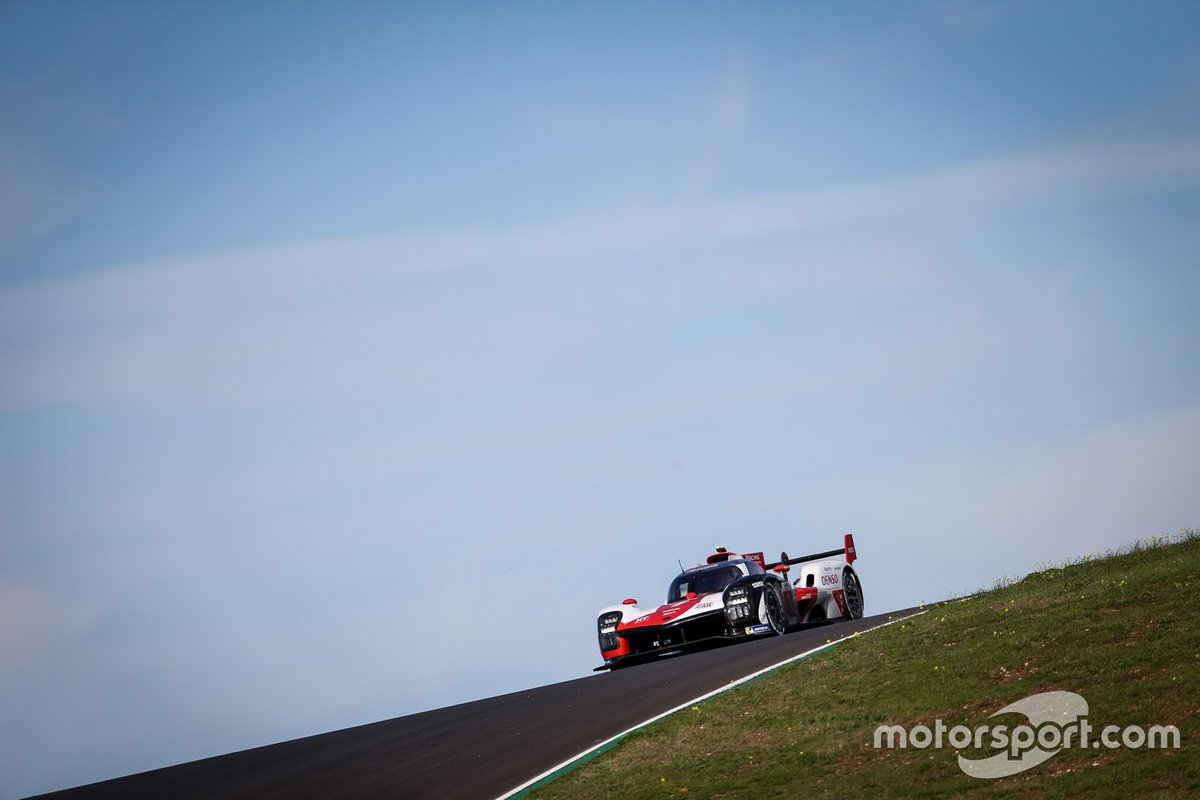 "The dynamic of how we approach the traffic is going to be really different," Hartley said. "Also for the LMP2 and GTE cars, I think they're also going to have to adapt when they see us in the mirrors.

"I think top speeds won't be too different, but the way we accelerate is going to be very different. Before we had a thousand horsepower and we accelerated like a rocket and then we more or less flatlined.

"And instead of decelerating before we brake, now it's a much more conventional power curve and speed trace where we're accelerating the whole straight line.

"You won't see us kind of rocket past with that thousand horsepower initially out of the corners and I think we're going to be more often diving in under the brakes."

The TS050 LMP1 car, which yielded three Le Mans wins for Toyota, was designed to run out of hybrid energy well ahead of braking zones, which was deemed to be the most efficient way to deploy the available hybrid power while staying within fuel consumption limits.

That characteristic would often catch some of the less experienced drivers in the pro-am LMP2 and GTE Am classes by surprise.

Such an incident cost Toyota dearly in the 2017 Le Mans 24 Hours, when Nicolas Lapierre's car was rear-ended by an LMP2 competitor in the first braking zone.

Conway, who drives the #7 sister car alongside Jose Maria Lopez and Kamui Kobayashi, believes that type of incidents might be prevented by the new rules.

"It will definitely change the dynamic of what we are used to, so the way you think about traffic will be a bit more predictable and the closing rates won't be so quick," he added.

"The way to go by some cars might be a bit less spectacular, but I think it will it make a little bit easier at times as well for braking zones [that] the lift and coast phases will be gone.

"It's actually nice because things become a little bit more predictable. [You're no longer] looking in the mirrors panicking that you might get rear-ended."