Peugeot will undertake a minimum of two six-hour race simulations with its 9X8 FIA World Endurance Championship challenger at the final test prior to its debut at Monza in July.

The tests at a venue that has not been disclosed will be the first time that Peugeot has simulated a regular six-hour WEC race distance with its new Le Mans Hypercar.

Olivier Jansonnie, technical director of the LMH project at Peugeot Sport, has revealed that each car crew will each attempt a minimum of one six-hour test with the development 9X8, which has so far undertaken all the running since track development began in December.

“In the development phase we have had all the team focussed on one car,” Jansonnie told Motorsport.com.  “The idea is that each team does a least one race simulation, but, of course, we will have to see how much we can achieve.

“Each test will be done with the right drivers, the right engineers and the right mechanics, the ones who will be working together at the races, so you are really testing in proper conditions.” 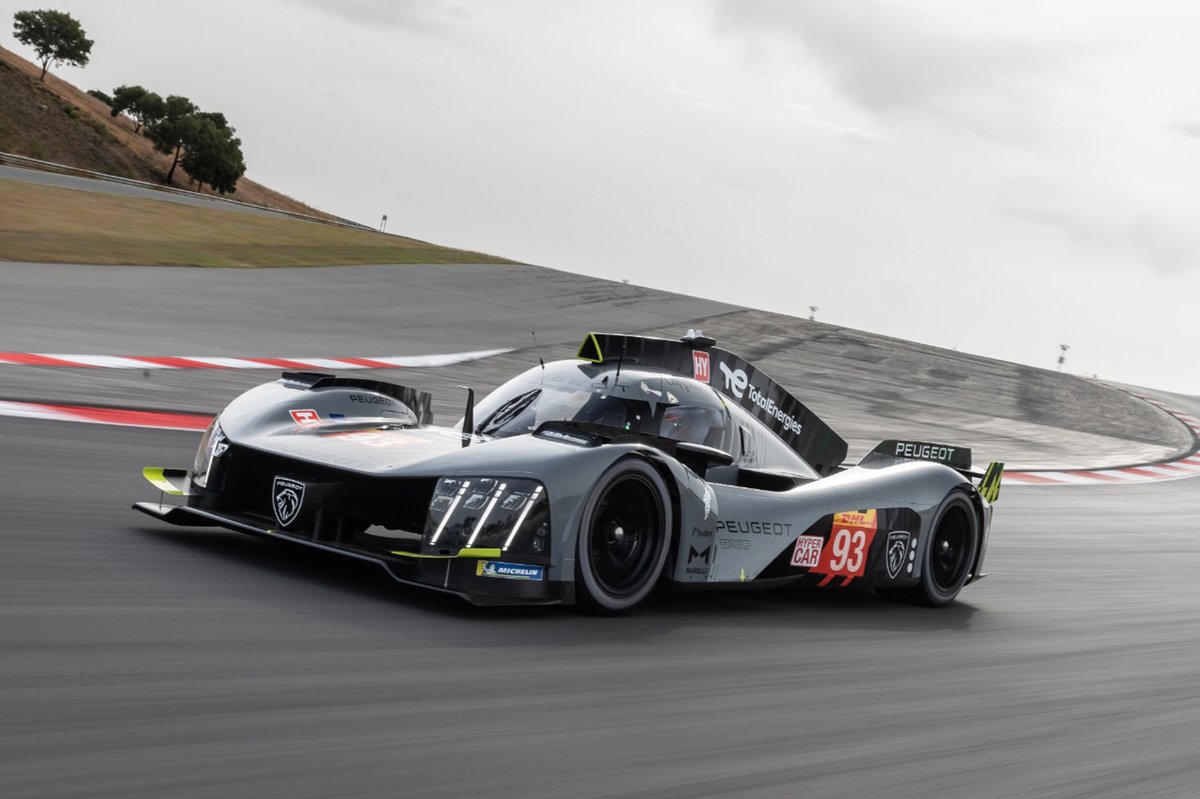 The six-hour simulations follow six months of testing, which began at a Peugeot proving ground in December and then moved to a race circuit proper at Aragon in mid-January.

The first 9X8 chassis had completed 10,000km over approximately 25 days of running up to the launch of the car last month at the Algarve circuit and then continued testing at the venue near Portimao over the following two days.

The #93 and #94 car crews will be sharing the development 9X8 chassis for the simulations, with the two race cars that will make their debut at Monza on 10 July remaining in build.

Jansonnie stated that he did not see “any blocking point in the build process stopping us going to Monza”.

He added that the schedule remains tight in the face of the supply chain issues faced by the automotive industry.

The two race cars are likely to undergo a pre-Monza shakedown at a proper race circuit rather than on a proving ground, Jansonnie added.

“We will probably do something a bit more substantial [than running on a proving ground], because it is the first race for us and the cars are new, properly brand new,” he said.

The decisions on the driver combinations announced for Monza last week were made on the basis of “set-up preference and human factors”, Jansonnie revealed.

He repeated Peugeot’s position that test, simulator and reserve driver James Rossiter is likely to remain in the #93 car alongside Loic Duval and Gustavo Menezes for the Fuji WEC round in September.

The Briton has stepped up into a race role following Kevin Magnussen’s decision in March to leave the Peugeot squad to return to Formula 1 with Haas.

“It is likely that James will be at Fuji, too,” said Jansonnie.

He stated that it made sense to have the test driver driving the 9X8 in the early racing phase of the programme.

Peugeot: We had pace for Fuji podium without oil leak issues