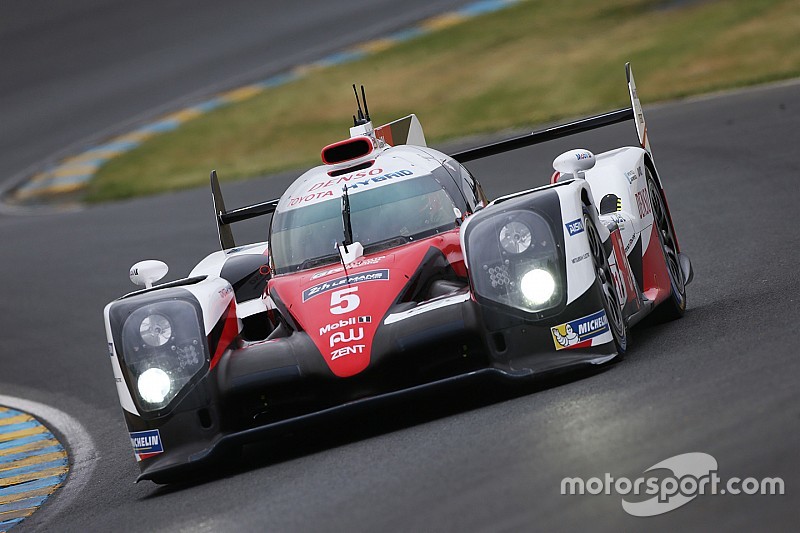 Toyota racer Anthony Davidson says the FIA World Endurance Championship has a "ticking time bomb" on its hands if the ever-rising costs in the series are not dealt with soon.

“We’re already seeing teams spending a lot of money in World Endurance," Davidson told Motorsport.com. "Is it right? Is it wrong? I don’t know.

"It’s exciting for the fans to see manufacturers here battling it out, spending big bucks. And I guess to certain degree it’s important for benefit of road car technology as well, to be doing your R&D in the hardest environment possible, on the race track.

“So you have to spend a certain amount of money. And if the manufacturer is willing to spend it, that’s fine. But you never want it to be a sheer cost-fest.”

"At the moment it’s OK, but there’s the potential, definitely, for it to spiral out of control like it did in the Group C era.”

Toyota proposed a token system in order to help address the issue of the rising costs in the WEC.

As Motorsport.com reported on Wednesday, such a system could be introduced for 2018, when a new set of technical regulations for LMP1 are coming into effect.

“I didn’t know about that token system,” Davidson reacted. “But I feel like something has to happen to stop some very powerful car manufacturers involved in this series becoming embroiled in a spending war.

"It's to the detriment of other manufacturers who would like to be involved in the WEC, actually daring to put a foot into the ring.

“You want to see some lesser-funded manufacturers being able to enter WEC and having a realistic chance to run at the sharp end. Otherwise you will never see people enter this series.”

Manufacturer boom not to last

"They can’t help themselves but to spend the big bucks. That’s what F1 is all about. It’s the pinnacle of cut throat competition.

"It seems hard to be able to cap the spending in Formula 1 and we are finding ourselves entering that kind of situation here in WEC. It was fun when it started, but now it’s kind of getting a bit far along the road."

Davidson fears that the current level of manufacturer involvement in sportscar racing won't last, something he says the drivers know "deep down".

The former Grand Prix driver said: “Basically, it goes in waves. You see good eras of racing, especially in sportscars, as the manufacturers come and go.

"And when they go, the series struggles to survive. So, for me especially, I just have to enjoy this moment.

"I’m lucky to be here as a driver with three mega manufacturers fighting it out, spending a lot of money. It’s great for the drivers while it lasts, but we all know deep down it’s not going to last.

"It’s a ticking time bomb. History proves that it is.”