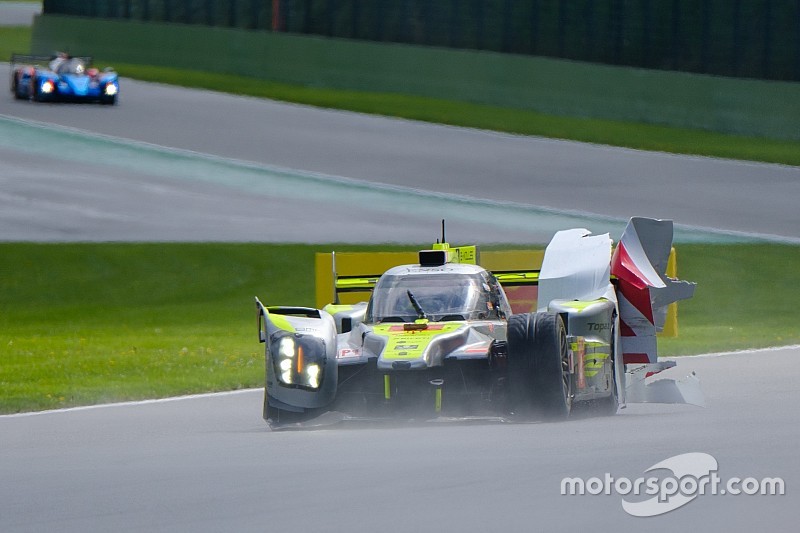 ByKolles LMP1 driver Tom Dillmann has expressed his disbelief at the Austrian squad's run of misfortune after being taken out of contention by an LMP2 car early on at Spa last weekend.

Dillmann and his teammates in the ENSO CLM P1/01-Gibson, Oliver Webb and newcomer Paolo Ruberti, ended up 38 laps down and last of the 34 finishers after sustaining front-right damage in a collision with the #37 Jackie Chan DC Racing Oreca of Jordan King at La Source.

King moved across on Dillmann in the braking zone for the right-hand hairpin, forcing the Frenchman off the road and into an advertising hoarding - although Dillmann managed to coax back the #4 machine to the pits despite the damage (pictured top).

“I was just minding my own business, basically,” Dillmann told Motorsport.com. “We are here to do mileage, we are far off the pace, but we want to learn as much as possible.

“King just went from the right [of the track] to the left under braking; nothing I could have done really. I was on the left, braking, he moved under braking like there was nobody [there].

"[The car] was starting to come alive as it was drying. With the temperature, we had zero temperature in the tyres. Until the last three laps [before the collision] it was drying, and started to get sunny, I had zero grip. The tyre didn’t switch on.

"I just had the pace of the LMP2s, no better, only the last three laps when it started to dry the tyre gained some temperature and I was much faster than the P2s again."

Asked to comment on the ByKolles squad's staggering run of misfortune, Dillmann replied: "It’s a team of fighters, they never give up. Always something happens.

"It’s a shame, but what we can do, besides keep trying?"

ByKolles returned to WEC action at Spa after skipping the previous race at Sebring in order to change to the Gibson normally-aspirated engine, but struggled for pace in dry conditions, qualifying behind five LMP2 cars and six seconds off the next-slowest LMP1.

Dillmann said the engine switch was made for "reliability reasons" after the squad experienced issues with the Nissan powerplant in both of the last two races of 2018 at Fuji and Shanghai.

He admitted the mid-season change was "a bit" frustrating, but added that it was key to have the chance to put the ENSO CLM P1/01 through its paces before the Le Mans 24 Hours.

"The aero is very similar, but mechanically we are not in the window at the moment," said the Frenchman. "It was to be expected. We were hoping to do a test this weekend.

"For us it will be important to make good steps to understand the suspension, the engine is working fine. Optimising what we have, trying to get closer to the limit." 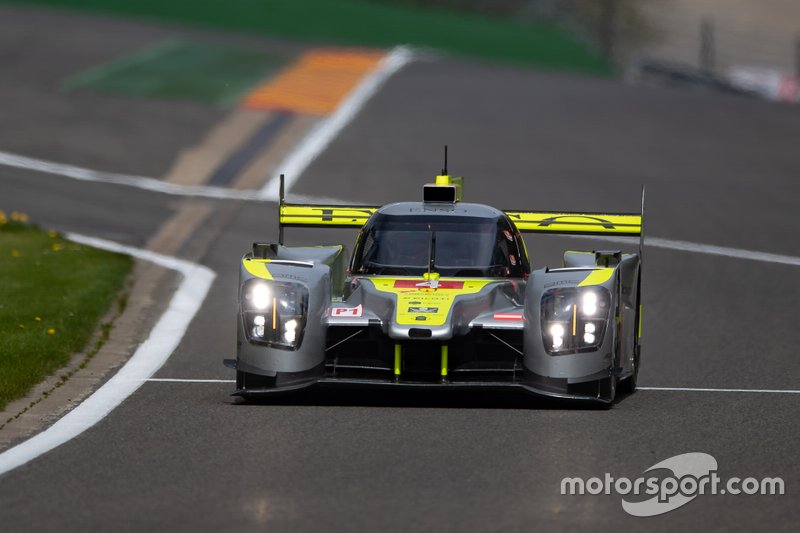