BMW leaving WEC after one season would be "a shame"

Team MTEK boss Ernest Knoors says it would be "a shame" if BMW were to pull the plug on its factory involvement in the FIA World Endurance Championship after only a single season.

BMW motorsport boss Jens Marquardt revealed in February that the Bavarian marque had yet to commit to its M8 GTE programme beyond the end of the respective current seasons in both the WEC and the IMSA WeatherTech SportsCar Championship.

Although there have been suggestions that MTEK could continue to operate the M8 without factory backing, Knoors said his team - which raced in the DTM prior to joining the WEC at the start of 2018 - would have to accept whatever was decided by BMW.

"We have to see," Knoors told Motorsport.com when asked about MTEK's future in the WEC. "The decision needs to be made [by BMW]. "If it was down to us, we would continue racing.

"We have a good package to continue racing, but all these big manufacturers like BMW are always evaluating their programmes. Whatever is decided we have to live with.

"For us it would be obviously be a shame to stop after one year already, but it’s not in our hands."

Asked if he felt the M8 GTE would be competitive enough to contend for the GTE Pro class title in 2019/20, Knoors responded: "I think so. If you look at where we were [at the start of the 2018/19 campaign] and where we are now, I think we can be competitive.

"It doesn’t make it easy to win, but at least you would be able to fight from the beginning of the season, with a car that we understand better, can withstand hard racing better."

BMW struggled at the beginning of the WEC superseason, only scoring its first GTE Pro class podium in last year's Fuji round after a Balance of Performance change that favoured the M8.

It is the only one of the five marques in the category not to have won a race in 2018/19, although the #81 car shared by Martin Tomczyk and Nicky Catsburg did come close to victory in March's Sebring 1000 Miles, only to be denied by a slow final pitstop.

Augusto Farfus, who shares the sister #82 entry with Antonio Felix da Costa, said BMW is now "miles ahead" of its understanding of the M8 GTE in comparison to 12 months ago, giving the team confidence of a strong challenge for class honours at the Le Mans 24 Hours.

Farfus told Motorsport.com: "Last year was the first 24 hour-race for the team. Now we are much better-prepared and we come to Le Mans knowing what set-up to run, knowing how the car’s balance will be in the race.

"It’s gonna put us in a much better position and hopefully allow us to go for the big trophy. We are definitely miles ahead of last year in terms of understanding the car.

"After all the season, all the mileage, all the experience, it’s time to get results and it would be a shame to leave. But this is not down to me. I really hope to continue." 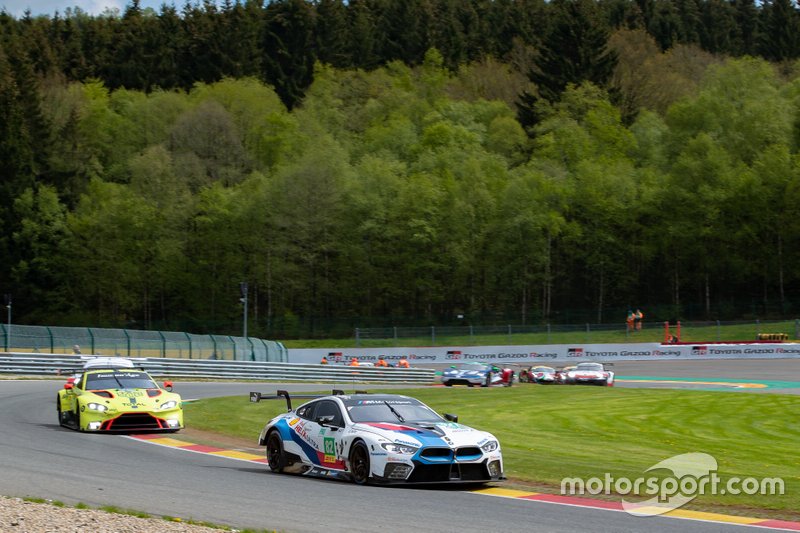