The new Aston Martin Valkyrie hypercar racer under development for the 2020/21 FIA World Endurance Championship season will not be a hybrid.

The road-going Valkyrie has rear-axle energy-retrieval system, but David King, director of special operations and president of Aston Martin Racing, explained that it would not make sense for the racing version.

The new hypercar regulations for the 2020/21 WEC season demand a maximum output of 750bhp, a figure that includes electric power for cars with hybrid systems, and the Valkyrie for the road has 1000bhp from its 6.5-litre V12 engine developed by Cosworth.

"We have got a massive V12 that we are going to detune to make it suitable for racing," he said. "We wouldn't detune it so far [to allow for a hybrid system to be incorporated]; it wouldn't make sense for Valkyrie.

"The road car does have some hybrid element to it; the race car won't."

King explained that the decision to run as a non-hybrid was behind its insistence on the reintroduction of the rule that allows energy from a front-axle hybrid system to be deployed only when the car has reached 120km/h (74.5mph).

"That is why the whole two and four-wheel-drive debate was so important leading up to the finalisaton of the regulations," he said.

"It had to be the case that you have a chance with a two-wheel-drive car when it is wet, otherwise it would a lottery: you would be gambling on whether it was going to be wet or dry in two years' time when deciding what your powertrain layout would be."

The rules allow for hypercar prototypes, such as Toyota's 2020/21 WEC contender, to run a single front-axle energy-retrieval system. Machinery developed out of road cars has to retain the hybrid system on the same axle as the street vehicle.

King refused to disclose details of the partners that it will be working with on development of the car and the make-up of the team that will run the factory cars in 2019/20.

"We are not saying too much abut it at the moment because it's head down and get on with it," he said. "We are working hard behind the scenes to make it all happen, but I am not in a position to give you any details on partners."

King stated that Aston's pre-tax losses announced in July will have no effect on its existing racing programmes, including the Valkyrie WEC project.

"It has no impact on the things we've said we are going to do," he insisted. "All I will say is that you have watched us since we came back into racing in 2005: during that time we have had various headwinds to the business and we have always stayed true to our commitment to racing sportscars." 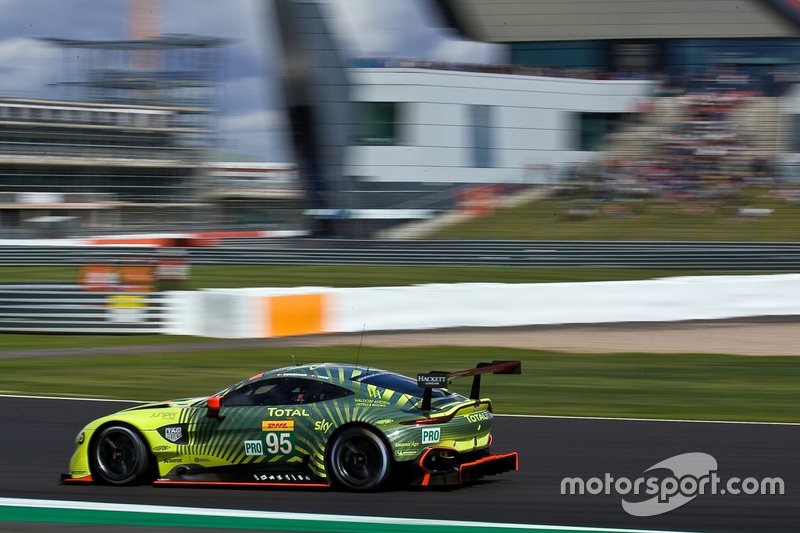