Aston Martin: Improved form not just down to BoP 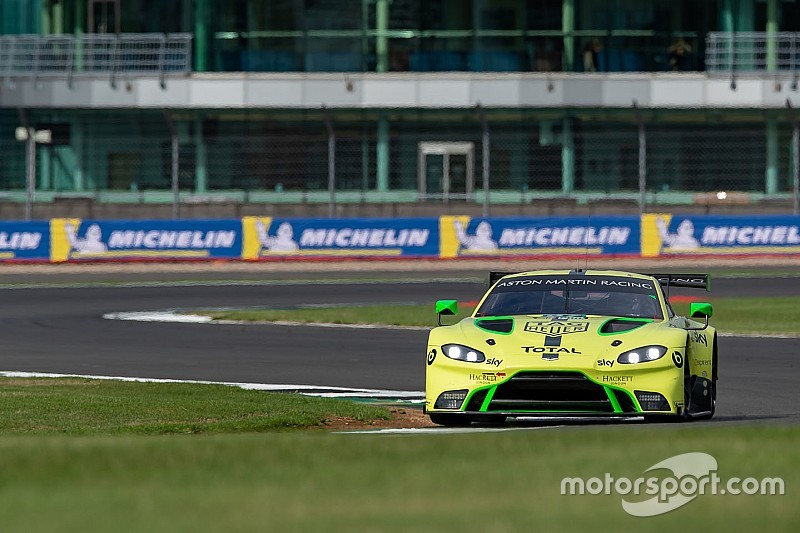 Aston Martin's says its upturn in form during this weekend's Silverstone FIA World Endurance Championship fixture is not just the result of pre-event Balance of Performance changes.

Alex Lynn, who qualified second in GTE Pro for Sunday's Silverstone 6 Hours with Maxime Martin, explained that the BoP changes for the new-for-2018 Aston Martin Vantage GTE were "only a part" of the reason for the improvement in Aston's performance in the opening two WEC rounds.

"We surprised ourselves with second in qualifying, but we've done so much development since the Le Mans 24 Hours," he told Motorsport.com.

"The BoP has played a part, but much of the performance we've found has come in the factory as we've developed the Vantage into a better racing car.

"We shouldn't forget that this is only our third race with car, so we are taking steps forward all the time."

Martin added: "We had an increase in boost to be the same speed on the straights, so we can focus a bit more on the driving of the car and the set-up. And the track is also suiting [more] the car."

The Prodrive-run Aston Martin Racing factory squad has only tested once since Le Mans, but technical director Dan Sayers explained that the team had "gone into every detail of the car" during the summer break.

"The BoP is a big part of it, but for example this is the first time we've got the most out of Michelin tyres," he said.

"We gathered a lot of data at Le Mans and we're now beginning to fully understand the car so the drivers can get the most out of it."

Sayers also suggested that the Silverstone circuit, with its proliferation of fast corners, "complements the Vantage".

"Silverstone suits our car and in theory should be one of our most competitive circuits," he said.

But Sayers warned that some of Aston Martin's rivals in GTE Pro might not have showed their hand during qualifying.

"I don't think we've seen the true pace from some of the other cars," he said.

The second-generation Vantage has been given a twin performance break for Silverstone under the so-called 'black-ball rule", which allows the BoP to be reset outside of the automatic system introduced last year.

The car has been given approximately 25bhp and 5kg lower minimum weight compared with Spa, the last round at which the auto BoP applied.