Formula 1's Fernando Alonso will be in the frame to race sportscars with Alpine should it stay in the top class of the FIA World Endurance Championship with an all-new car.

The French manufacturer, part of the Renault group, has revealed that it is actively evaluating developing a Le Mans Hypercar or an LMDh prototype for the 2023 or 2024 season.

Alonso, who resumed his F1 career with the marque this year after twice winning the Le Mans 24 Hours with Toyota, would be an obvious choice to race such a car, Alpine managing director Laurent Rossi revealed.

"He is one of the biggest ambassadors of the Renault group in motorsports and it would only be natural for us to carry on beyond F1, god knows when beyond F1 means for him," said Rossi.

"If we do endurance [racing] in the future it would be ideal at some point to have him in the team."

He said that Alonso would be visiting Le Mans this weekend along with F1 teammate Esteban Ocon because "Alpine loves Le Mans and endurance".

Rossi revealed that Alpine "is looking at various ways to carry on our presence in endurance" beyond the life of the current programme with the grandfathered Alpine A480-Gibson LMP1, which in theory cannot race on in the WEC next year.

"It could be LMH, it could be LMDh: I am looking at it with a very positive, keen eye," he said, adding that the marque is "strongly considering" building a new prototype.

Rossi would not be drawn on which route Alpine favours.

"I’m not going to go into too many details because there are elements to the decision and I don’t want to give too much away," he said. 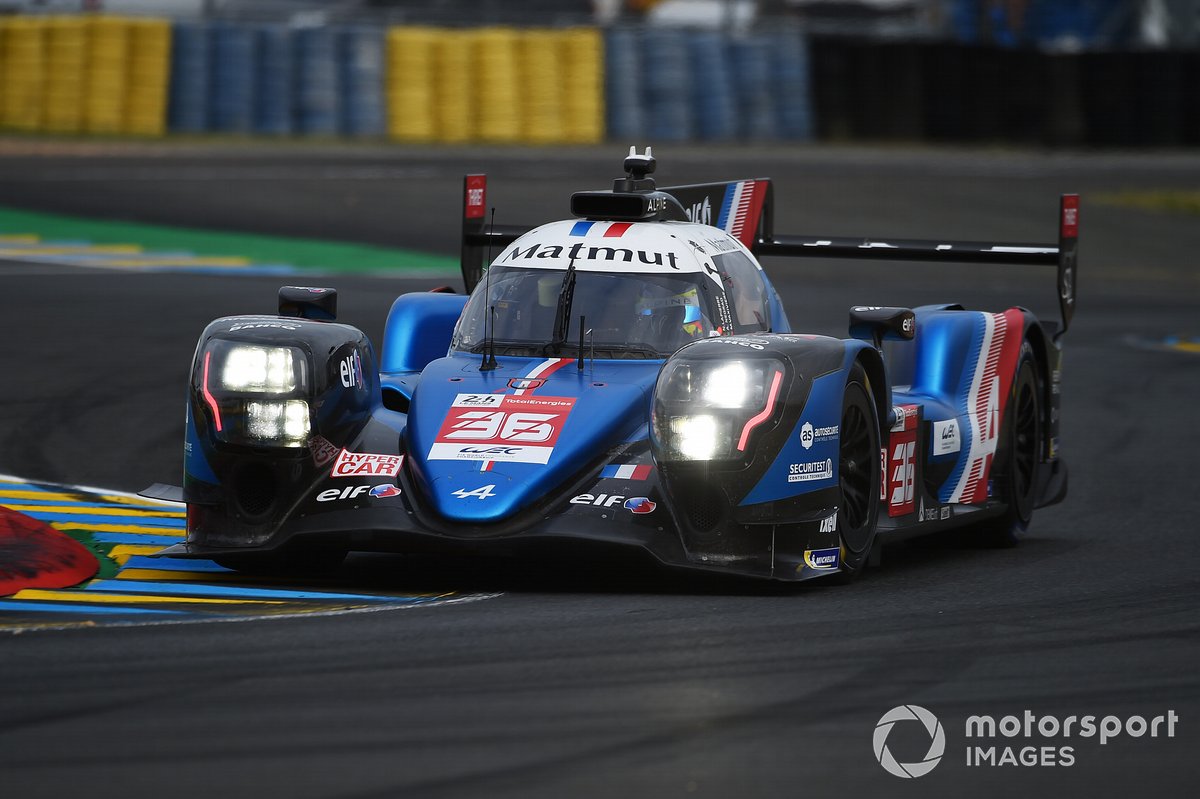 Rossi described sportscar racing at the highest level as "complementary to F1" for Alpine.

He said that Alpine was looking at a new contender coming on stream in either 2023, the first year of the LMP2-based LMDh hybrid category, or 2024, but stressed that a decision is not imminent.

"Between now and the end of the year we will form an opinion on all these things: if we carry on, in which category and in which timeline," he explained. "We haven’t made a decision yet because we need a bit more time to look at all the parameters.

"That is basically the economic equation and the thought of what it takes for us to carry on to race in endurance, but with a chance of winning."

He suggested that it is unlikely that Alonso, who has intimated that he intends to stay at Alpine until 2024, would race sportscars while he remains in F1.

"I don't think it is feasible," he said.

It is likely that Alpine would employ the technical resources of its F1 factory at Enstone should it develop a new prototype.

"The idea is to try and leverage the expertise," Rossi explained. "It is not identical, clearly not, but there are overlaps between the fields."

Rossi confirmed that the French Signatech squad would remain Alpine's partner team and didn't rule out lobbying to be able to continue to use the present A480 into 2022 should it decide to build a new car.

The current commitment from the WEC rulemakers, the FIA and the Automobile Club de l'Ouest, allows privateer LMP1 machinery to race in the Hypercar class only for the current campaign.