The works NISMO Nissan GT-R that suffered a heavy crash during qualifying for the Suzuka SUPER GT round has been repaired ahead of Sunday's race.

Tsugio Matsuda lost control of the #23 car he shares with Ronnie Quintarelli at Dunlop corner during the first segment of qualifying on Saturday afternoon, ploughing into the tyre barriers and causing the session to be brought to a temporary halt.

The NISMO car appeared to suffer heavy front-end damage in the incident, with speculation in particular surrounding the state of the engine.

However, a NISMO spokesperson confirmed to Motorsport.com on Sunday morning that the team was able to complete repairs on the car by 11pm on Saturday, and crucially that the engine did not need to be replaced.

GT500 teams are only permitted to use two engines per season without penalty, and it's understood the NISMO squad took its second unit for the August Suzuka race, which was won by Matsuda and Quintarelli.

Matsuda himself also confirmed he escaped any injury in the crash, with he and Quintarelli set to attempt to fight their way forward from 15th on the grid. The pair came into this weekend's race facing a 22-point deficit to the head of the standings and needing a strong result to keep their title hopes realistically alive.

Nissan's top representative on the grid for Sunday's race is the #12 Impul GT-R of Daiki Sasaki and Kazuki Hiramine in fourth, followed by the #3 NDDP/B-Max Racing car of Kohei Hirate and Katsumasa Chiyo, which starts a further place behind.

The #24 Kondo Racing GT-R of Jann Mardenborough and Mitsunori Takaboshi will start in 13th, with the red flag caused by Matsuda's accident severely compromising the team's session.

Mardenborough was on a hot lap at the time of the stoppage and struggled with front grip when the session resumed, having already taken the best from his Yokohama tyres.

While the #23 NISMO car is set to start the race, one GT300 runner has not been so lucky. 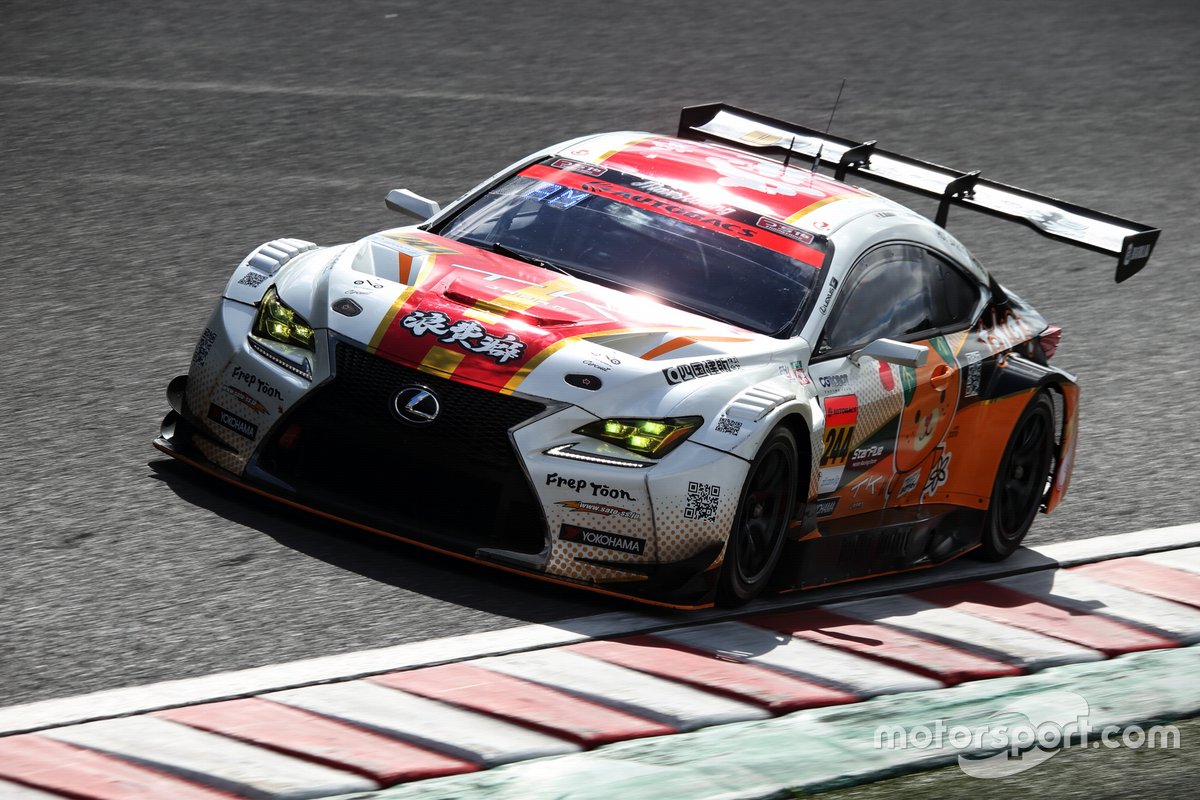 The #244 Max Racing Lexus RC F GT3 of Rintaro Kubo and Atsushi Miyake did not take part in qualifying on Saturday following a heavy crash in practice for Kubo at the final chicane.

It's understood the car will not take part in the race, leaving the field with 29 runners in the GT300 class and 44 cars overall.