SUPER GT has admitted that the full-course yellow system that was originally due for introduction this year may not be ready to use in time for the start of the 2021 season.

The Japanese sportscar series first revealed last year it was considering bringing in a similar system to that used by Formula 1 and the FIA World Endurance Championship to deal with smaller on-track incidents without resorting to the use of the safety car.

It followed the controversial win for the Team LeMans Lexus at Fuji, where the team managed to enter the pits moments before the SC was called and the pitlane was closed, which effectively carried Kenta Yamashita and Kazuya Oshima to that year's title.

The new FCY system was trialled during the pre-season tests at Okayama and Fuji (pictured top), but has yet to be used in a race following reported issues with delays in instructions to speed up and slow down reaching the drivers.

This is partly because Japanese law makes it difficult for these instructions to be relayed by radio, forcing SUPER GT organiser GTA to instead rely on an internet-based system.

SUPER GT drivers stepped up their criticism of the current arrangement last weekend at Motegi, where for the second race in a row the SC was deployed during the pitstop window and had a major bearing on the outcome.

Providing an update on plans to bring in FCY, GTA chairman Masaaki Bandoh admitted that testing of the system has yet to produce completely satisfactory results.

"Improving the accuracy of transmitting instructions to the on-board panel of each vehicle without a time lag is the number one issue in introducing FCY to SUPER GT," said Bandoh. "There are still places where the accuracy has not reached 100 percent.

"[On Saturday] we tested FCY at Motegi for the first time and there was almost no time lag. However, even a small time lag would be a big problem in a race featuring 45 cars, so we won't introduce FCY until we achieve as close as possible to 100 percent accuracy."

Bandoh also explained that the unusual nature of this year's COVID-19-affected calendar - which features only three circuits in Fuji, Suzuka and Motegi - could lead to a partial introduction of FCY at tracks where the system has been proven to work.

"Next season SUPER GT will also race at Sugo, Okayama and Autopolis, but we haven't tested FCY on these circuits yet," he said. "When it comes to introducing FCY, I think it will be from a circuit where we have already tested." 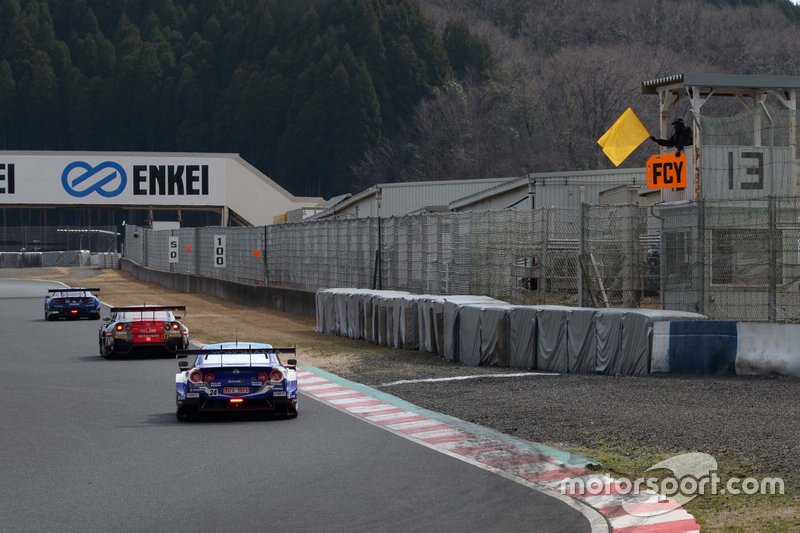