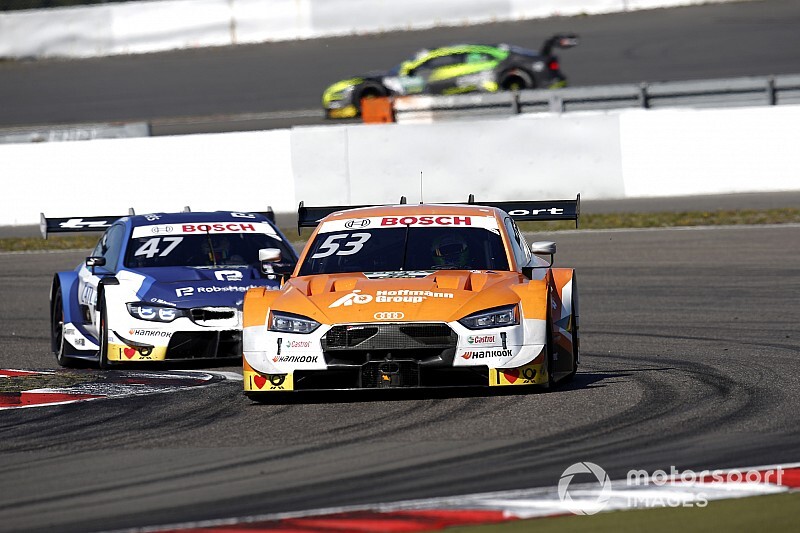 A total of seven DTM cars will compete against the SUPER GT field in the historic crossover race between the two series at Fuji Speedway, GTA chairman Masaaki Bandoh has confirmed.

Both SUPER GT and DTM have been working to get maximum representation for their first-ever joint race, although logistical restrictions meant there was never a possibility of the entire 18-strong DTM pack racing at Fuji.

The two series had been hoping to attract as many as 12-14 DTM cars initially, but the figure was reduced to six-to-10 cars in the latest estimate.

The final grid will comprise four Audi RS5s - including one WRT-run car - and three M4s from BMW, although the exact make-up of teams and drivers won’t be unveiled until the DTM season finale at Hockenheim next month.

Motorsport.com understands both manufacturers will make a call in the coming weeks.

For Audi, DTM champion Rene Rast has signalled his interest in taking part in the race, while the Formula E season opener rules out Nico Muller and Robin Frijns from competing.

Loic Duval's association with SUPER GT, driving in the series between 2006-12, led Audi motorsport boss Dieter Gass to admit the driver is a candidate.

Motorsport.com understands that the event promoter is keen for Audi to run a local driver, and the manufacturer is represented by Hitotsuyama Racing in SUPER GT's GT300 category.

For BMW, its main contender Marco Wittmann would be a natural fit, and has expressed interesting in racing there, as would the high-profile Timo Glock.

The grid for the first-of-its-kind joint race has been hit by R-Motorsport Aston Martin’s decision to skip the event in favour of more development time for its 2020-spec Vantage.

In addition to the seven DTM cars, the entire 15-car strong GT500 field will take part in the joint race, taking the grid up to 22 cars.

The ‘SUPER GT x DTM Dream Race’ is scheduled for November 22-24 after the culmination of both SUPER GT and DTM seasons.