Harrison Newey will contest the Japan-based Super Taikyu championship in 2019 in addition to his previously announced programme in Super Formula.

Newey will drive a Ferrari 488 GT3 in the series’ top ST-X category for B-Max Racing, the same squad with which he will compete in Super Formula.

The campaign will include all rounds of the Super Taikyu series as well as the Suzuka 10 Hours, which forms the Asian leg of the Intercontinental GT Challenge (IGTC).

Super Taikyu is a tin-top series that sits directly below Super GT in Japan’s motorsport hierarchy and features everything from modified entry-level production cars to SRO-spec GT3 and GT4 machines.

However, Super Taikyu races are generally longer than Super GT rounds ('Taikyu' is Japanese for endurance), with the flagship Fuji event running for 24 hours. There is also no tyre war, with Pirelli supplying all teams.

The 20-year-old aims to use Super Taikyu as a stepping stone for a planned Super GT assault, which could come as early as 2020.

Alex Palou, who competed against Newey in European F3 and will also race in Super Formula this season, will also be seen on the Super Taikyu grid.

Newey got to work with B-Max engineers for the first time during Super Formula's traditional Suzuka test in December and the British driver was left impressed by what he saw.

B-Max has also forged an alliance with longtime European Formula 3 squad Motopark, although that partnership doesn't extend to Super Taikyu.

"I've seen how they work and I think they do a good job," Newey told Motorsport.com earlier this month. "I spent some job at the workshop with the guys. Lovely bunch of guys.

"A hardworking group but really hungry, they really want to move forwards. From the Japanese side I'm very happy with that, they’ve got good experience of the Yokohama tyre. That should be good. And also have a good relationship with Honda. So on both sides there, that sounds promising.

"And with the Motopark guys, obviously not just having experience from F3, but they ran Russian Time a couple of years ago in GP2. They did a great job there with the Pirelli tyre, which are obviously slightly different but also a very fast car, lot of power, high downforce, carbon fibre brakes.

"So they are bringing across what they know from there into Super Formula as well. So I think together they make a strong team." 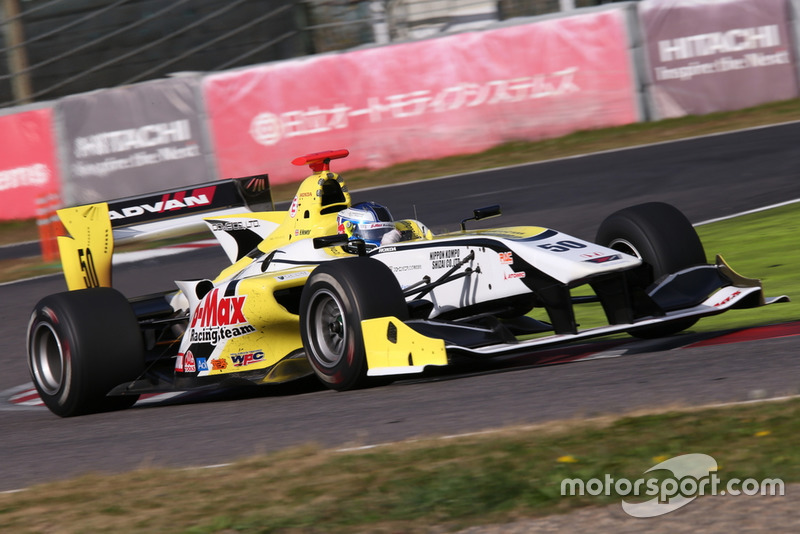