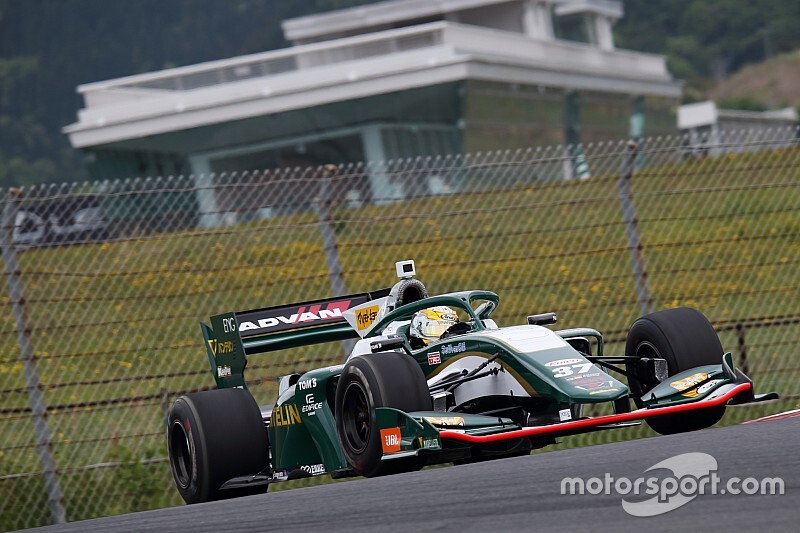 Cassidy won his maiden Super Formula title with TOM'S in 2019, his third championship success with the outfit following previous successes in Japanese F3 and SUPER GT.

And while the Kiwi driver is staying in GT500 for another season, he was curiously absent from Toyota's driver line-up for the Super Formula series.

TOM'S didn't reveal who will replace Cassidy and race alongside Kazuki Nakajima, but last year's Japanese F3 runner-up Ritomo Miyata is the prime candidate to take that coveted seat after testing for the squad at Suzuka in December.

However, there remains a possibility that Cassidy could still continue with TOM'S in Super Formula in 2020.

Elsewhere, Toyota has re-positioned its driver in the wake of Team LeMans' departure from the series.

Team LeMans split with Toyota at the end of the 2019 season and subsequently dropped out of both Super Formula and SUPER GT.

As is also the case in SUPER GT, Team LeMans’ entries have been allocated to other squads in Super Formula, ensuring 11 Toyota-powered cars will remain on the 2020 grid.

One of Team LeMans’ spots will go to Inging, which has also signed the Tokyo-based team’s long-time driver Kazuya Oshima for an expanded three-car effort.

Oshima will partner two-time champion Hiroaki Ishiura and 2018 Japanese F3 title winner Sho Tsoboi, both drivers having been retained by Inging for another season.

KCMG will add a second car in 2020, with 2016 champion Yuji Kunimoto leaving Kondo Racing to team up with Kamui Kobayashi at the Hong Kong-based outfit.

Kunimoto will be replaced at Kondo by reigning Japanese F3 champion Sacha Fenestraz, who is the only new driver to join Toyota’s Super Formula ranks in 2020.

Fenestraz will partner Kenta Yamashita, who is staying in Super Formula for another season despite stepping down from SUPER GT to focus on his FIA World Endurance Championship LMP2 programme with High Class Racing.

Impul has elected not to change its driver line-up, retaining both Ryo Hirakawa and Yuhi Sekiguchi for another year.

With Honda having already revealed its driver line-up last month, Friday’s announcement completes the 2020 Super Formula grid, with the exception of Real Racing and the second seat at TOM'S.

A total of 21 cars are set to line up for the season opener in Suzuka, boosted by Drago Corse's return to the grid.