Giuliano Alesi insists he is unfazed by the prospect of double duties this weekend at Suzuka as he makes his Super Formula debut alongside his regular Super Formula Lights commitments.

The Frenchman has been called up by TOM'S to replace the absent Kazuki Nakajima for the second round of the season, but will also participate in the weekend's three SF Lights races following his debut in the category earlier this month at Fuji Speedway.

Ex-Formula 2 racer Alesi qualified eighth for his first Super Formula race, progressing all the way to Q3 with the second-fastest time in his Q1 group and breaching the top five in Q2.

Drivers competing in both Super Formula and SF Lights on the same weekend is rare, although Alesi's TOM'S teammate Ritomo Miyata did so twice last year while filling in for Nakajima.

SF Lights frontrunner Teppei Natori on the other hand had to withdraw from last year's Motegi Super Formula opener after suffering from dehydration on a particularly hot weekend.

The 21-year-old, who will be the youngest driver on the Super Formula grid on Sunday, admits the performance step between the two cars makes adapting difficult but insists he has no worries about his physical abilities.

"It’s my first time to race two different categories on the same weekend," said Alesi. "It’s a totally new experience. But my physical condition is ok.

"I’m quite used to the SF Lights car already, and I’m gradually getting used to Super Formula. But because I did two seasons in F2… the Super Formula car is faster, but because it’s not so far from F2, it’s ok.

"I knew this weekend would be a tough weekend physically, racing in two categories. Preparation was the most important thing. I had that idea clearly in my head. If you have physical limitations when you are inside the car, you can’t produce the laptimes.

"So, my first thought [when I was asked to replace Nakajima] was that physical preparation and switching mentally will be the most important. But now I feel ready."

The Suzuka race is likely to mark one of Alesi's several Super Formula appearances this year, as Nakajima has to priorities his Toyota FIA World Endurance Championship commitments.

Asked by Motorsport.com about the temptation to see these races as an 'audition' for a future drive in Super Formula, Alesi replied: "If you don’t perform, you don’t stay for long. I have the obligation to perform, and I know that if I were to think too much about my future, it would probably be my last race!

"It’s a category I’ve never done before, so I have so much to learn. The focus is just on doing the best I can in Super Formula and SF Lights. Both of them are extremely important to me and the team."

Alesi's situation is a contrast to that of SF Lights teammate Kazuko Kotaka, who is replacing Kamui Kobayashi in Super Formula at the KCMG team but is focussing solely on that drive.

"When I look at Kotaka, he’s already done two seasons in SF Lights, he has a lot of experience," said Alesi. "I just arrived [in Japan] in February, so the more I can drive, the better.

"If the team tells me to do something, I trust it’s the best option. I don't ask too many questions. Anything they tell me to do, I’ll do with a smile and enthusiasm because I love driving so much!" 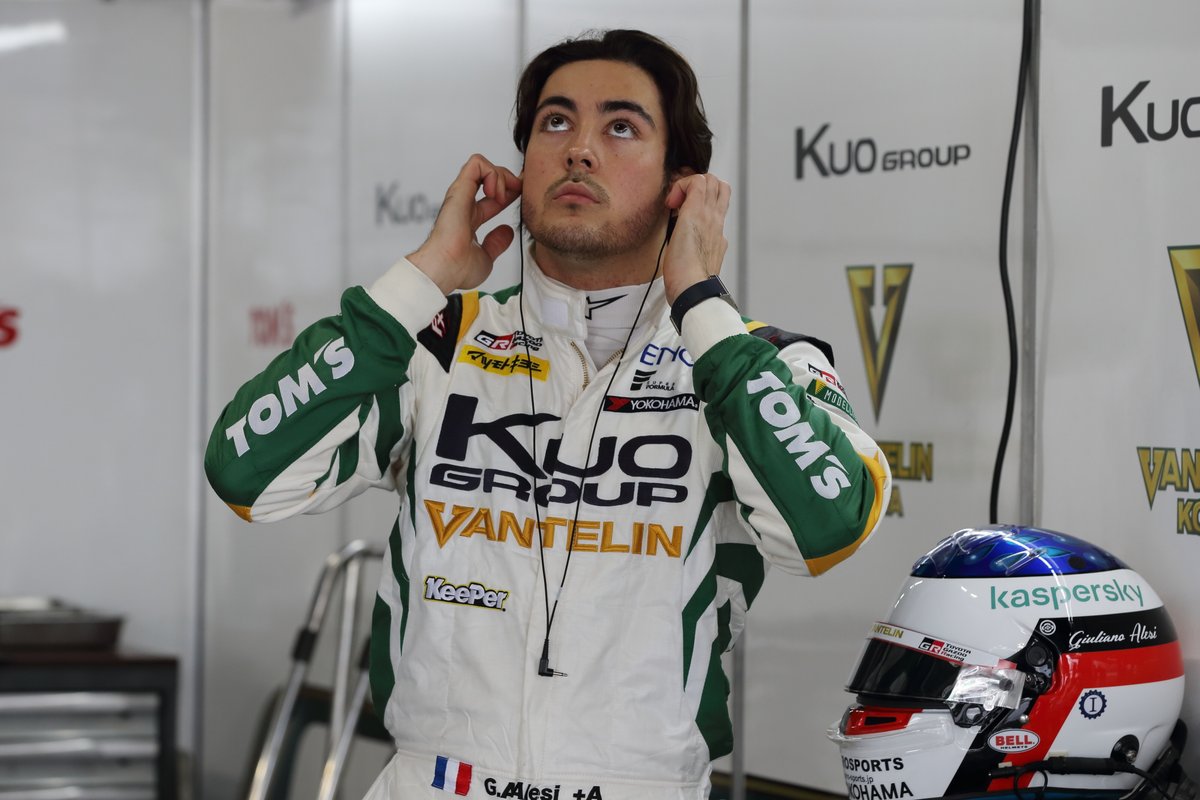 Should TOM'S be worried by low-key start to SUPER GT season?

Toyota stays on top in Okayama test, Nissan close behind